How Sears' Fashion Suppliers Prepared for Its Inevitable Fall

As the original 'everything store' attempts to restructure under bankruptcy protection, most of its large apparel suppliers won’t be bleeding cash — they’ve been preparing for this moment.

How Sears' Fashion Suppliers Prepared for Its Inevitable Fall

As the original 'everything store' attempts to restructure under bankruptcy protection, most of its large apparel suppliers won’t be bleeding cash — they’ve been preparing for this moment.

Once America's largest retailer and the first "everything store," Sears has long struggled to compete with the rise of Walmart and Amazon. But as the department store headed down the path toward bankruptcy for years, clothing companies took key precautions to shield themselves. Many stopped sending shipments to the store months before the bankruptcy filing, which listed more than $10 billion in debts, and demanded cash upon delivery instead of the standard 20- to 30-day payment period.

The retail sector has suffered through wave after wave of bankruptcies over the last decade, from RadioShack to Bon-Ton department stores in February. A bankruptcy can stick vendors with unpaid bills, or warehouses full of merchandise with no buyer. After Toys R Us closed its stores earlier this year, Mattel reported an 11 percent drop in sales, and the toy maker laid off 2,200 workers. Sears' apparel suppliers will likely see a far less significant impact, though they may be losing a sizable customer: even on its deathbed, the chain reported $16.7 billion in revenue last year. And many stuck around with Sears because they received higher-than-average margins.

“Sears has been a profitable customer for vendors, because it gave vendors allowances to pay for fixtures and ads, while most retailers had pulled back on these allowances,” said David Katz, chief marketing officer and executive vice president at Randa, a Sears vendor and the largest manufacturer of men’s accessories. “You’ll lose volume — profitable volume — as a vendor.”

The good news is that it’s not a surprise. Our company predicted a demise of Sears years before it happened.

In the absence of Sears, however, suppliers can find alternative distribution channels for their merchandise. Shoppers who picked up a sweatshirt at their local Sears won’t find it too big an adjustment to head down the road to TJ Maxx (the off-price retailer has nearly 1,400 locations within five miles of a Sears, according to Cowen). Sears shutting down would also accelerate a migration to e-commerce, as many manufacturers already sell on Amazon.

All the while, major manufacturers like Hanes and PVH have been scaling back merchandise volume at Sears, building stronger relationships with other retailers in lieu. Sears itself had shifted away from soft goods like clothing to focus on hardware and home products. Only one of its 20 biggest creditors in the bankruptcy filing is an apparel supplier: Hong Kong-based sleepwear manufacturer Eastern Prime Textile Limited.

“The good news is that it’s not a surprise. Our company predicted a demise of Sears years before it happened. We’ve been preparing,” Katz said, adding that his company has limited its line of credit to Sears, shortened payment terms and stopped making private label products for Sears years ago.

For Hanes, Sears accounts for about 1 percent of its total sales, according to B. Riley FBR analyst Susan Anderson. Carter’s, the children’s apparel brand, also disclosed this year that its loss risk to Sears is “not material at all,” she said. “At least the companies I cover that still sell products to Sears, they’ve all limited their exposure.”

But in the short term, some may be limited on cash based on the outstanding invoices they have on inventory that’s already shipped. Most merchandise orders are unsecured claims under bankruptcy protection, which means they are low-priority for the bankrupt company to address.

Sears secured $300 million in debtor-in-possession financing from the bankruptcy court, some of which will go toward “our obligations to vendors,” the company said in a document for vendors. This means that Sears and Kmart stores could order more inventory from suppliers, though invoices filed before its bankruptcy date won’t be accounted for by the loan. As part of restructuring, Sears says it plans to keep a “smaller store platform of EBITDA-positive stores.”

Beyond the risk of unpaid shipments in a bankruptcy, a vendor may be sitting on products that now have nowhere to go. Vendors can get rid of these products in three ways, said Greg Petro, founder of First Insight, a data analytics provider for brands and retailers. First, there are off-price retailers like TJ Maxx and Ross Stores; second, jobbers could buy inventory in bulk and distribute to their own channels; and finally, the vendor can donate its products.

“Making [the merchandise] go away is not an issue,” he said. “Making it go away at a profit is the biggest challenge.”

Those that stand to lose the most are the manufacturers that produce private label merchandise for Sears because these products will be the hardest to sell elsewhere, according to Katz. “Let's say I'm Marshalls. If I want to buy underwear, I can buy Hanes, Calvin Klein, Tommy Hilfiger, or I can buy the Sears brand, Covington?”

One Jeanswear Group is among the vendors that makes private label products for Sears. The financial impact the company will face, however, is “ not significant,” according to chief executive Jack Gross.

One Jeanswear, which began working with Sears in the 1970s, has a “small amount” of inventory for Sears in the pipeline, he said. But he isn’t worried about rejection from discount retailers. “If it were to be stuck in the pipeline, we’d get a release from [Sears] to ship to the off-price sector.”

Even in the case of Bon-Ton’s bankruptcy, One Jeanswear was able to sell extra inventory through its regular distribution partners, Gross added. “It’s not an easy task but we’re focused on… retailers that will be important in the future and having an online presence.” 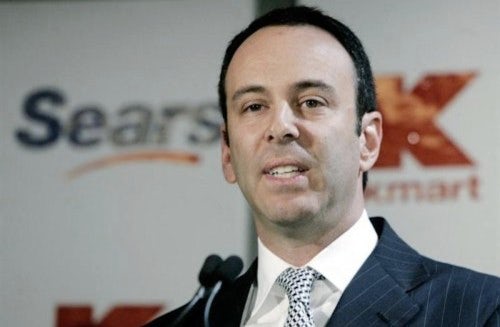 If their relationship with Sears disappears, suppliers must develop a strategy of distributing these lost sales — a challenge as other department stores continue to struggle and consumers are spending more online. While off-price retailers like TJ Maxx and Ross are thriving, department stores like J.C. Penney are still seeing declining store traffic even as the retail sector has gained momentum in recent quarters.

“This isn’t an easy migration. In the past you would’ve looked at Mervyn’s or J.C.Penney, but today, it’s not going to be as clean,” said Katz, pointing to the fragmentation of the traditional mall shopper. “You have to look at this door-by-door. For Sears stores that are mall-based, some [distribution] can go to the J.C.Penney or Kohl’s nearby. Other channels could go online, or to Dollar General, or TJ Maxx and Marshalls.”

David Tawil, the president of distress-focused hedge fund Maglan Capital, recommends a two-pronged approach for vendors. “The first thing is diversify,” he said. “Don’t [target] any customers in particular. And the second, in respect to other troubled retailers, monitor their credit as close as you can and balance it with payments that are owed.”

Beyond the mall landscape, nonetheless, lies another option, albeit an ambitious one: e-commerce.

“All of these brands are already moving to more modernised distribution channels. Everyone is selling on amazon now,” Anderson said, “while PVH and Hanes are targeting international markets.”

Meanwhile, vendors like One Jeanswear aim to develop their own direct-to-consumer channel while forging stronger relationships with digital multibrand retailers, according to Gross. Next year, One Jeanswear plans to unveil its own online store called Denim Nation. Randa also operates an e-commerce shop for two of its belt brands, Trafalgar and Exact Fit.

“All these store closures have been a wakeup call,” said Gross. “Now we have strategies and plans in place to offset lost relationships.”

Still, he added, “we’re hoping that Sears will move forward… and we will ship to them again.”