Growing organically from its surf-inspired roots, the independent label, which turns 35 this year, managed to parlay its heritage into a business that generated $50 million last year, even without the man whose name is on the label.

Growing organically from its surf-inspired roots, the independent label, which turns 35 this year, managed to parlay its heritage into a business that generated $50 million last year, even without the man whose name is on the label.

In 1984, Shawn Stüssy went into partnership with accountant Frank Sinatra Jr. (no relation to the singer) on an apparel line using Stüssy’s name. The label was the first to make caps marked with signifiers for fashion brands, not sports teams. The idea came from kids who donned white painter’s caps — Stüssy reinterpreted them with his own graphics and colour schemes. Among two of Stüssy’s most enduring designs are a pair of linked S’s, a play on the famous interlocking C’s of the Chanel logo, and a graphic that says “Stüssy No. 4,” riffing on Chanel’s signature perfume. By 1990, the business was generating $17 million in annual turnover. By 2014, Stüssy, still independently owned and operated by the Sinatra family, had grown into a global streetwear brand with annual revenues of $50 million.

How did they do it?

“They may have come from a skate and surf background, but they didn’t stay there,” says Chris Gibbs, owner of streetwear-led menswear store Union Los Angeles.

In the brand’s infancy, Shawn Stüssy travelled to cities like London, Paris and Tokyo, where he found people who shared the same tastes in music, fashion, and culture. In 1991, Shawn Stüssy and James Jebbia, then-owner of Union and future founder of streetwear label Supreme, opened Stüssy’s first flagship store in New York. A 900-square-foot space located at 104 Prince Street, it was part of the first crop of retailers that planted their flags in the still-gritty, up-and-coming Soho neighbourhood.

Stüssy’s globe-trotting, like-minded group of DJs, club kids, skaters, and multidisciplinary creatives included guys like Hiroshi Fujiwara, Michael Kopelman, and Luca Benini — all of whom have helped disseminate the aesthetic and culture of what’s now called “streetwear.” The so-called “International Stüssy Tribe” spread its message not just by wearing all manner of custom varsity jackets, graphic tees and baseball caps (Kopelman credits Stüssy as “the first company to send boxes of gear to fans”), but also through an all-encompassing lifestyle that transcended genre. 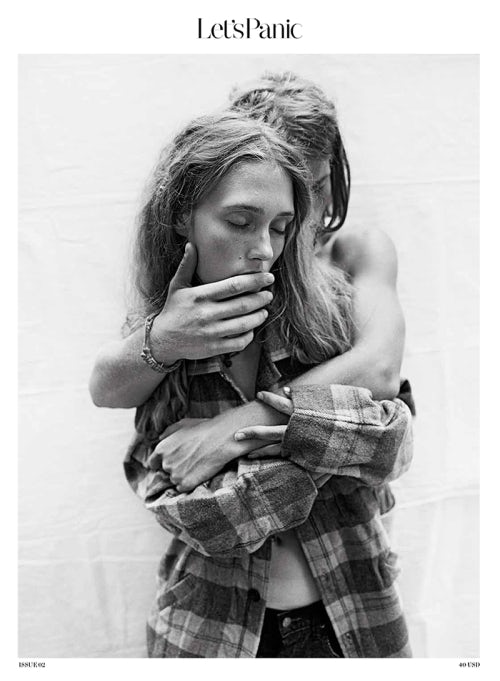 The Stüssy style did to clothing what hip-hop did to music: creating something new and fresh by sampling the familiar. Stüssy apparel was as rife with lyrics by Bob Marley and Eric B. & Rakim as it was with design nods to Comme des Garçons. Stüssy himself was often inspired by magazines like i-D and the store reinforced the unique visual language of the clothes with forward-thinking campaigns and editorials by photographers like Ron Leighton, Juergen Teller, and Mario Sorrenti.

“It became this mash-up of what was going on at the time, which was hip-hop and surfwear,” adds E.P. Cutler, a consultant for WeConnectFashion and author of an extensive report on the 2015 streetwear market. “Stüssy was the first to marry the two in a way that was really interesting.”

As the company approached the mid-nineties, however, it began to falter. Stüssy’s hand-styled logo was being confused with the similarly scrawled signature of American youth-oriented clothing label Mossimo, which was less selective about its list of stockists than Stüssy. The brand was also losing business to a new trend — urban-themed lines skewed towards a more aggressive hip-hop aesthetic.

“In the early ‘90s, ‘urban’ was where it was at: Triple Five Soul, FUBU, Mecca, Akademiks — those guys were driving the market,” remembers Gibbs.

The label’s decline was punctuated by Shawn Stüssy resigning as the company’s president in January 1996, citing the desire to spend more time with his wife and son in Hawaii, saying it was “not a hostile thing.” His departure precipitated the company’s worst performing year ever.

“That was the lowest point in Stüssy’s history,” recalls David Sinatra, Stüssy’s 28-year-old chief executive and Frank Sinatra Jr.’s son. The company’s revenue had been reported at $35 million the previous year and in 1996 it sank to $21 million. Despite the dip, the business remained in the black. “My dad would want me to remind you that we’ve been profitable every year of our 35 years,” jokes Sinatra.

Frank Sinatra Jr. took the reins of Stüssy and a new creative team was put in place. Nick Bower, a Central Saint Martins graduate whose first job was at Valentino, became head designer. Paul Mittleman was appointed creative director in 1997. The second iteration of Stüssy lacked Shawn Stüssy, but besides his last name, the company also had a rich visual well of over fifteen years of archives to draw from.

With sales declining in the United States, Sinatra Jr. focused on building Stüssy’s global business, where it was received especially well in Japan. At the time, the Harajuku streetwear scene was booming: brands like Hiroshi Fujiwara’s Goodenough, Nigo’s A Bathing Ape, and Shinsuke Takizawa’s Neighborhood flourished.

In Europe, Luca Benini helped boost Stüssy’s retail presence through his distribution company, Slam Jam. To this day, Stüssy does more business globally than it does in the US and David Sinatra estimates the split is about “60-40,” with Japan remaining its largest customer base. Stüssy’s international tribe has swelled into a worldwide movement.

“Even though they don’t have the original designer, their most iconic signature would be the font — his handwriting, which they were able to retain,” says Gibbs.

Stüssy also traded in the currency of the logo flip — the reinterpretation of famous trademarks and images with a knowing nod, channelling the attitude of placing graffiti or a sticker over a subway ad. In addition to Stüssy’s Chanel homages, the younger Sinatra remembers one particular Stüssy pattern modelled after Louis Vuitton’s monogrammed print: “I know Shawn did it, it was probably in the late ‘80s, we called it ’Stu-ey Vuitton,’ and we got sued for it, actually.”

“With all those logo flips, we have a long history of cease-and-desist letters,” admits Sinatra, who sees Stüssy’s torch being passed to current designers such as Virgil Abloh and Shayne Oliver.

“Shayne Oliver, he’s a street guy. He’s 100 percent one of the better fashion designers of our day, but he’s also a guy who would throw a lot of parties and would DJ — and that’s what we do.”

Despite rumours in the early 2000s that Sinatra Jr. had plans to sell the company to Renzo Rosso, whose OTB Group is the parent company of brands including Maison Margiela, Marni and Diesel, Stüssy remains an independent label. It operates more like a family business than a global corporation, but it also feels like a fashion house with the shadow of its original designer looming over it. David Sinatra has taken on a more active role in the day-to-day operations in California, along with Vancouver-based Fraser Avey, Stüssy’s 29-year-old global brand director.

“The business has grown in a crazy way the past couple of years,” says Sinatra. “We reluctantly did over $50 million last year.” Reluctant because, according to Sinatra, the company is currently trying to cut back and stay small. “It was probably one of our biggest years ever — and it was an accident.”

Sinatra characterises Stüssy’s third act as having a “brand-first, revenue second” philosophy, in order to avoid becoming “this big monstrosity that doesn’t stand for anything.”

As a market, Cutler describes streetwear as an industry that business-minded types “are trying to get their hands on, but they don’t really know.” Her report valued the streetwear industry at around $75 billion in 2014 — half the size of the $150 billion market for sportswear apparel.

Unlike Volcom (acquired by Kering in 2011 for $608 million) and A Bathing Ape (acquired by Hong Kong conglomerate I.T in 2011 for about $2.8 million), by choosing not to sell, Stüssy has worn its authentic streetwear provenance on its sleeve.

“We look at Nike, Patagonia and some of these other brands that have this wider reach but still have a really strong connection to what makes them special,” says Sinatra.

Fraser Avey brought on Ryan Willms, editor-in-chief of Inventory magazine, less than a year ago to help spearhead the label’s marketing and communications. Avey credits Willms with running point on Stüssy’s latest project, an installation on the fourth floor of Dover Street Market, New York, consisting of a collaborative capsule collection, vintage Stüssy items from the ‘80s and ‘90s, and special one-of-a-kind pieces made from deadstock Stüssy garments by Central Saint Martins design student and SHOWstudio collaborator Kiko Kostadinov.

“Dover Street is something that is probably at the pinnacle of inspiring retail for us,” says Avey. “We had the concept to kind of show up and do a bit of a retrospective on the brand.”

This year alone, Stüssy has released collaborations with Union Los Angeles, Japanese labels Mastermind and Sophnet, London design studio La Boca and Santa Monica skateboard shop Rip City Skates. Sinatra says these collaborations and projects are a branding play. “There’s no real economic motivation in working with Union [Los Angeles] or DSM [Dover Street Market]. We probably lose money on those projects, but those are the projects we get excited about, and those are the projects our friends get excited about.”

What Stüssy is making money on, however, are a slew of wholesale accounts that vary from boutiques with fashion cred like Trés Bien and Colette to larger chains like ASOS and Urban Outfitters, one of its biggest accounts in the US. That said, Stüssy keeps a close eye on the types of product that go to each stockist, to keep its multi-tiered business consistent with the brand’s particular point of view.

“Whatever we do with Urban [Outfitters], we’re very careful that it’s not because Urban Outfitters wants to make more money; it’s because it’s something we feel is genuine to Stüssy,” asserts Sinatra.

Another reason Stüssy remains relevant is that streetwear and the culture associated with it is inherently young. In the age of the Internet and social media, it’s never been easier for teens to find alternative brands that speak to them outside of mainstream mall labels like Hollister, Abercrombie & Fitch and Aeropostale — all of which are in dire financial straits.

“What a young kid in Taiwan is wearing isn’t so far off from what a young kid in New York is wearing anymore,” notes Sinatra, who says that the increased sophistication and brand understanding amongst younger consumers is one of the reasons Stüssy is thriving, while “brands with less of a value proposition” struggle.

Cutler thinks Stüssy’s staying power also has to do with its entrenched branding. For older consumers, it hits a certain nostalgic note, but for kids, it just looks cool.

“The Stüssy logo is still powerful and still relevant 35 years on. That says something,” she says. “It’s a resuscitated brand that never lost touch with its heartbeat.”

“This is the environment we’re supposed to be in,” adds Sinatra. “This is the age of the small culture brand doing well.”