The look is all too familiar to Eugene Tong, style director at Details magazine, who sat front row at the Zegna show. Tong is often photographed by streetstyle photographers, more often than not, wearing one of New Era Cap Company’s collaborations with designer streetwear label Public School.

“The baseball cap is part of this whole ‘athleisure’ movement that’s happening, so you’re seeing a lot of people are wearing them that didn’t previously,” he says. “It’s permeated the menswear world, from the Brunello Cucinellis down... Everyone has their version of a baseball cap.”

According to Euromonitor, the hat and cap market is valued at around $15 billion globally. Of that, $4.4 billion is based in the US, and $2.2 billion in Western Europe. Stores including Selfridges and Barneys have noticed an uptick in the demand for baseball caps, and have adjusted their buys accordingly. Jack Cassidy, men’s designerwear and contemporary buyer at Selfridges, says adjustable straps are very strong sellers, citing the Polo Ralph Lauren curved-brim baseball cap as the archetype for the quietly casual hat customers are looking for today.

Tong’s own hat collection ranges from Acne Studios and Supreme’s solid black logo-free styles, to a flat-brimmed five-panel version by Rick Owens’ line, DRKSHDW, and multiple iterations of the aforementioned Public School and New Era collaboration. He wears caps with suits to formal events such as The Save Venice Ball in New York — even weddings — but was recently asked to take one off at New York steakhouse Strip House.

Tong has declared 2015 the year of the “dress cap,” a similar moment to when dark jeans became acceptable, thanks to brands like A.P.C., or when minimal styles from the likes of Common Projects paved the way for sneakers. According to Tong, caps made of higher-end fabrics traditionally associated with menswear, like cashmere and pinstriped wool, are having a moment, led by brands such as Gents and Larose Paris, which recently made a eveningwear collection of caps. Brands such as Buscemi and MCM are also adding premium details to their own designs, like metal badges and sophisticated embroidery.

The baseball cap is evolving — and not just into dressier styles. “Over the last two seasons, we’ve seen the hat shape move into a sportier shape,” says Cassidy of Selfridges, citing the five-panel cap — the baseball cap’s flatter-brimmed, more streamlined cousin — as a standout performer.

“New Era is the leader in the snapback area of the market and always differentiates itself through collaborations with Bape and Billionaire Boys Club,” he adds. Having stocked New Era for five years, Cassidy notes that the brand has “a strong loyal following” and their collaborations do especially well, in particular, the recent Disney-endorsed New Era x Star Wars range. 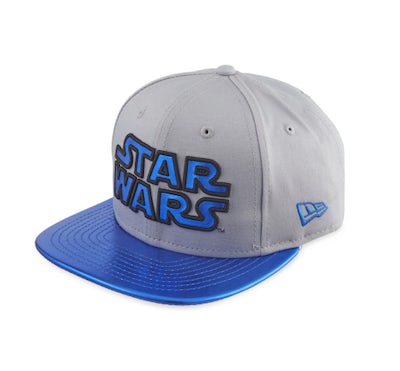 Chi-Kay Lam, brand partnerships manager at New Era, has been with the historic Buffalo, New York-based hat manufacturer for ten years. He has witnessed New Era’s collaborations evolve from partnerships with action sports companies like surf brand Quiksilver to street fashion labels including Crooks & Castles, Mishka, and Supreme, to being a part of catwalk collections by Jeremy Scott, Kenzo, and Public School. “Our effort is to bring in consumers who don’t care about sports,” says Lam. “Not everybody’s a Yankees fan — as much as we’d want them to be.”

In particular, fashion houses are attuned to the baseball cap’s appeal as an entry-level designer purchase. “Kids want to have something that’s accessible,” says Lam. “Instead of buying a $200 Kenzo sweatshirt, you get a $50 Kenzo hat instead, and you wear it more.”  At the higher end, caps started appearing on the runway around 2011, when Riccardo Tisci included a cat ear-embellished snapback in Givenchy’s Autumn/Winter collection. The following season, he made one featuring the collection’s “Birds of Paradise” motif — both sold out instantly. Jeremy Scott’s debut collection for Moschino last year paired black baseball caps, emblazoned with gold Moschino logos, with quilted leather outerwear. Karl Lagerfeld has translated his yellow-eyed “monster” design for Fendi into wool and leather curved-brim baseball caps that retail for $550.

Indeed, while other branded items, such as t-shirts or hoodies, get covered if the wearer layers up, hats can be a branded cherry on top of an outfit."It's an easy billboard for designers to use as a canvas," says Tong.

While some labels are breaking into the casual cap market, others are using it as a starting point for a brand. Thomas Welch founded WINWEL, a Brooklyn-based hat brand, in September 2014. His first line of bucket hats sold out in two days and he has since introduced baseball caps made of higher-end fabrics like cotton bouclé and cashmere blends.

“I’m using baseball caps the same way many of my idols have used the t-shirt to fuel the full dream,” says Welch.  “Labels like A Bathing Ape, Supreme, even Virgil Abloh's Off-White — then Pyrex Vision — used graphic tees to expand into more compelling product categories.”

Currently, Welch produces small runs of five to 30 pieces. Unlike cut-and-sew clothing, hats require a lot less work when it comes to production — meaning they’re cheaper to make. His last three hat collections each cost $1,000 to $1,500 to produce, with each product priced around $125.

Englishman in New York Kris Haigh launched hat brand 1KNY this past March, when he noticed men wearing them with suits as well as to the gym. After the first run of 1,000 hats, sold on 1KNY ‘s website, and soon to be stocked at LA boutique Fred Segal, Haigh has already had to reorder some styles. The label’s best-selling model is a black logo cap. “Hats are a low-investment business opportunity. But, unlike tees and swimwear, I feel like there is room to do something different — and they are a less saturated product category,” he says.

“There is something cool and sexy I always loved with caps,” says designer Alexandre Mattiussi, whose menswear label, Ami, has launched product collaborations with Isaac Larose-Farmer, founder of hat label Larose Paris, mixing Larose’s five-panel cap with Ami’s floral prints. “Caps offer an attitude, a dégaine that I really love,” he adds.

Jey Perie, the creative director of Kinfolk, a multi-platform lifestyle brand based in Williamsburg, Brooklyn and Meguro, Tokyo, says the European consumer is more likely to view the hat as an occasional accessory, rather than something to wear as regularly as the American customer does. But for Kinfolk, as a popular Brooklyn club, café, and maker of custom bicycles that happens to be located adjacent to the tourist-teeming Wythe Hotel in Brooklyn, the caps can also function as a wearable souvenir: “Because of who we are, a lifestyle brand and a club, and the experience we provide to people, they want to go back with a piece of clothing that says they’ve been within our doors. Hats and t-shirts speak to that customer.”

The hats are outselling Kinfolk’s in-house t-shirts, which Perie attributes to the cap’s popularity in American culture, coupled with being a Brooklyn style must-have. “There’s no one occasion or season in New York that you can’t wear a hat,” he says.