This week, Gucci’s chief executive Marco Bizzarri made a long-planned visit to New York. The timing of his trip proved fortuitous, but for reasons the company had clearly not anticipated. Only days before, Gucci was exposed to a firestorm of outrage after a black balaclava sweater with red lips resembling blackface imagery lit up the internet, causing a public relations crisis.

Gucci has made diversity a cornerstone of its creative and marketing strategies, and despite issuing a swift apology and pulling the offending product from sale, the company came under fire from one of its partners, the beloved Harlem tailor Dapper Dan, with whom Gucci collaborated after last year after being accused of copying his designs.

“I am a Black man before I am a brand. Another fashion house has gotten it outrageously wrong. There is no excuse nor apology that can erase this kind of insult,” Dan tweeted, adding that Bizzarri would make a visit to Harlem to meet with the tailor and “members of the community and other industry leaders” for a closed-door session that Dan promised would “hold everyone accountable.” At press time, the outcome of these discussions was unknown.

But Gucci, a major success story for French corporate parent Kering, surely knows that missteps like these can have serious consequences for sales in a highly globalised luxury market. Just look at Dolce & Gabbana, which remains frozen out of China, the world’s most important luxury market, two months after Stefano Gabbana allegedly called Chinese consumers an “ignorant dirty smelling mafia.”

So, what needs to be done?

On Wednesday, Prada announced that it was forming a diversity council chaired by two African-American artists, sculptor Theaster Gates and director Ava DuVernay, to “ensure that the fashion world is reflective of the world in which we live,” in addition to instructing the brand on hiring. Gucci, too, has pledged to work harder to create a more diverse company culture and is implementing a global scholarship programme in cities like New York, Beijing and Nairobi that will help the brand to attract more diverse talent.

But are diversity councils and scholarships enough to solve what seems to be a more deep-rooted problem?

Amidst the rise of call-out culture and social media-powered activism à la Diet Prada, it may be impossible to bring the risk to zero. “We will continue to do mistakes, there's no doubt,” said Bizzarri on Wednesday night at a lecture at Parsons, emphasising that Gucci’s risk-taking approach to design and business could at times lead the brand into hot water. But he described the latest incident as a "wake-up call" and said he would move quickly to bring more racially diverse voices into the company.

To be sure, hiring more non-white employees is fundamental to solving the problem. It may seem hard to believe but — as with H&M’s “coolest monkey in the jungle” hoodie — apparently, no one at Gucci noticed the problem with its “blackface” balaclava as it went through the stages of being designed, produced and delivered. Certainly, having more racially diverse employees (most of the company’s staff is Italian) would raise Gucci’s cultural IQ.

At the Parsons talk, Bizzarri also acknowledged the lack of diversity at the highest levels of Gucci, revealing that the company had struggled to convince top international talents to move to Italy and explaining that when he joined the company in 2014, he decided not to dismiss any of its top executives in order to give them a chance to prove themselves.

“Should I fire one of them because I want to inject diversity?” he asked on stage. "Or should I foster instead meetings and committees that make sure people of different ages, different cultures are part of the discussion?" He did not, however, provide a resolution for how he would remedy what remains a racially homogenous leadership team.

Education is another critical piece of the puzzle. Fashion brands could learn a thing or two from Starbucks, which shut down over 8000 of its stores for a day in 2018 to provide employees anti-bias training after a store manager in Philadelphia called police on two African-American men who were waiting for a friend. A savvy public-relations move? Surely. But the day was used to give employees a “tool kit” for “understanding prejudice and the history of public accommodations in the United States” and came with a decision to bake “all aspects of bias and experience” into future training for all employees.

Offering this kind of training to employees at all levels would show that fashion companies are taking these issues seriously, and help build more awareness of the need to be sensitive to global consumers.

Creating change also requires clear goal-setting. Four years ago, PVH, parent company of Calvin Klein and Tommy Hilfiger, created an inclusion and diversity plan to support African American, female and LGBTQ employees, as well as working parents. They set up "business resource groups" to support different "outsider" groups. More than 1,200 senior leaders have since taken anti-bias training, a requirement in the US, and 56 percent of total employees were non-white in 2017. In a recent CFDA report, the company acknowledged it had more work to do: more education programs, resource groups and collaboration with external partners.

But a truly meaningful shift will likely only come when brands stop seeing diversity measures in terms of damage control and risk mitigation and start seeing them as integral to their business strategies and daily operations. Gucci has certainly profited from making diversity a central theme creatively, but more needs to be done to embed this thinking into the everyday working practices of how the business is run. That the company has taken responsibility for the errors of its ways is only the first step.

Late on Friday, Gucci formally announced four diversity initiatives the company will now prioritize. In addition to a global scholarship programme, the brand will hire five new designers in Rome with a goal of increasing the creative team's diversity and start a global exchange program. Gucci will also hire directors for diversity and inclusion in each region, with a global director in New York, and establish an anti-bias workplace education program in May. 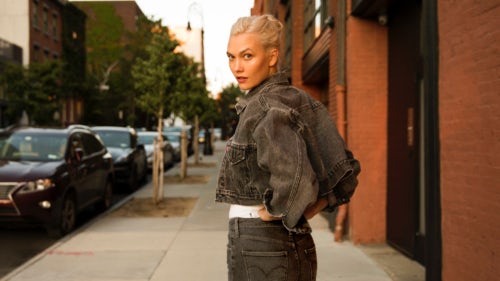 Levi Strauss files for IPO. The 166-year-old jeans brand filed for an initial public offering, looking to capitalise on a resurgence in the denim market that has sent its sales soaring. Levi's is listing amid signs that denim, which struggled for consumers’ attention during the athleisure boom, is making a comeback. The company has seen 11 consecutive quarters of growth in the US, with a 14 percent increase in revenue last year, to $5.6 billion. Net income was $283 million and outstanding debt fell to $1.05 billion, from $1.97 billion in 2011.

Kering joins peers in defying China fears. The luxury goods group joined competitors in defying concerns of waning demand in China, as momentum at its powerhouse Gucci slowed slightly in the fourth quarter but still outperformed most other fashion brands. Kering's comparable sales rose a higher-than-expected 24.2 percent in October to December, and Gucci held on to its crown as one of the luxury world's fastest-growing brands with comparable sales growth of 28.1 percent in the fourth quarter. Gucci's strength, however, has raised questions about Kering's reliance on the label.

US retail sales unexpectedly fall the most in nine years. In a sign of slower economic momentum at year-end amid financial market turmoil and the government shutdown, US retail sales unexpectedly fell in December, posting the worst drop in nine years. The value of overall sales fell 1.2 percent from the prior month after a 0.1 percent increase in November, which missed all economist estimates that had called for a 0.1 percent gain.

Victoria's Secret to partner with high-end boutique brand Livy. The struggling retailer has recently taken a hit — shares down 45 percent in the past 12 months and two quarters of falling same-store sales — for failing to keep up with shifting consumer demands, especially involving themes of female empowerment and diversity. VS will begin offering a line from Livy at significantly higher prices at flagship stores in London and New York next week, as well as on its website as of Wednesday. The partnership is the first indication of the strategy being taken by John Mehas, who was named chief executive of Victoria’s Secret Lingerie in November.

Puma upbeat for 2019 as new styles prove popular. The German sportswear firm forecast another year of fast sales and profit growth after it reported strong quarterly results helped by demand for its chunky RS-X shoes and Cali sneakers marketed by singer Selena Gomez. Fourth-quarter sales rose a currency-adjusted 20 percent to €1.226 billion ($1.38 billion), beating analyst consensus for €1.17 billion, while operating profit came in at €38 million, versus analyst forecasts for €39 million.

Mickey Drexler-backed line takes on J.Crew. Former J.Crew chief design officer Somsack Sikhounmuong is back and reunited with his ex-boss, Millard “Mickey” Drexler, J.Crew’s departed chairman and chief executive. The pair are relaunching Alex Mill, the men’s shirting line founded by Drexler in 2012. The brand's men’s offering will be expanded and a women’s collection introduced for the first time, launching February 19, with retail partners including Net-a-Porter, Nordstrom, Barneys New York and Goop.

Trussardi completes sale of 60 percent stake to QuattroR. The Italian fashion house has completed the sale of a majority stake of around 60 percent to investment fund QuattroR. In a joint statement the companies said the deal would involve a capital increase of around €50 million ($56 million). 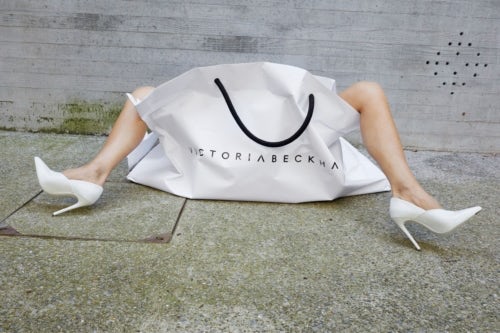 Victoria Beckham launches own-brand beauty. After dropping hints for years, Beckham has announced that she is launching Victoria Beckham Beauty as part of her eponymous brand later this year. It will launch as a digital-native brand, sold through Victoriabeckham.com and backed by NEO Investment Partners. The designer has dabbled in beauty before, with a very successful collaboration with Estée Lauder in 2016.

JAB offers to boost stake in Coty to 60 percent. The German conglomerate laid out plans on Tuesday to increase its stake in Coty to 60 percent, offering to buy out some of the cosmetics maker's minority shareholders after a 50 percent slump in its value in the past year. This comes just months after Coty appointed a chief executive and chairman who were associated with JAB. 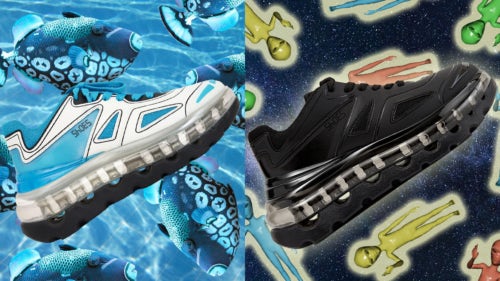 The designer behind Balenciaga’s triple S launches new line. David Tourniaire-Beauciel is launching a direct-to-consumer line, Shoes 53045 (the numbers spell “shoes” upside down.) The brand will sell styles distinguished by a thick, platform bubble sole sure to resonate with fans of comically loud footwear. Tourniaire-Beauciel and his co-founder Aurelia Ammour hope the bubble sole will become a brand-defining attribute like the thick sole of Doc Marten’s shoes. The brand is coming to market with a $400 sneaker lace-up style available for pre-order starting on Friday.

Shopify reports slower growth in vendor sales, shares fall 7 percent. The e-commerce company beat analysts' estimates for quarterly profit on Tuesday, but a slowing rate of growth in total sales by vendors using Shopify's software sent its US-listed shares down about 7 percent. The company, whose software enables merchants to sell everything from infant formula to cosmetics online, has been investing heavily to boost its market share by introducing augmented reality and virtual reality-based applications. Overall revenue rose to $343.9 million from $222.8 million.