It seemed appropriate to the festival's free spirit that the people who won the big prizes all engaged with issues that are shaping the wider world, reports Tim Blanks.

It seemed appropriate to the festival's free spirit that the people who won the big prizes all engaged with issues that are shaping the wider world, reports Tim Blanks.

HYÈRES, France — During Sunday night’s prizegiving for the 33rd Festival International De Mode, De Photographie Et D’Accessoires De Mode a Hyères – Hyères33, please — there was a moment when the Frenchness of the whole affair overwhelmed the prizewinners. Rushemy Botter and Lisi Herrebrugh are a Dutch duo, neither of them fluent in the local lingo and therefore momentarily ignorant their names had just been called. So their models beat them to the podium, their chaotic exuberance amplifying the winning collection of menswear infused with the couple's Caribbean roots.

Botter and Herrebrugh weren’t the only attendees who were foxed by the language barrier. In the photographers’ pit, it apparently fell to one multilingual lensman to translate for all the others. That must have been quite a challenge given the ebb and flow of nominees, presenters, judges, speeches and photo ops across three categories, fashion, photography and accessories, with all the action squeezed into a space carved out of a tight-packed mob of onlookers.

And somehow, that’s Hyères. The oldest resort on the Riviera has hosted the oldest fashion festival in the world since local boy Jean-Pierre Blanc came up with the idea in 1986 as part of a school project and case study for his business degree. He was 20 at the time, and his intention, he once told the New York Times, was “to invent a moment for creative encounters that wasn’t too complicated." More than three decades later, the festival has undeniably grown in scale and sophistication, but it resists complication with a sun- and rosé-soaked raffishness that reflects not just its venue — a semi-mythical early 20th century avant-gardist hub called the Villa Noailles — but also the independent spirit of its feisty founder, who maintains a house on the nearby Île du Levant, famous for the first nudist colony in Europe. 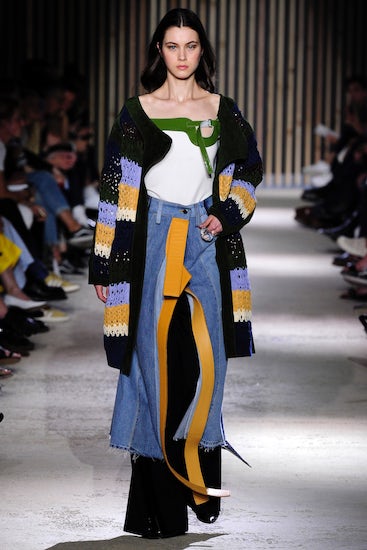 Maybe the truest measure of Hyères is a comparison with the other, more notorious festival which opens just up the coast next week. Cannes still has a function as a forum for the unknown and the up and coming, but the film festival has also evolved into one more maximal cog in the celebrity machine, rife with manufactured controversy and red carpet one-upmanship. Hyères, on the other hand, remains resolutely embedded in the obscure. The law of averages dictates that sometimes the choices hit the bullseye — a handful of the festival’s discoveries have become names in the industry – but, in 30-plus years, the obscure has, more often than not, stayed wilfully so.

It’s an odd state of affairs, perhaps brought on by Hyères's stubbornly low profile on the international scene despite the involvement of major sponsors like Chanel, LVMH, Chloe, Swarovski and Galeries Lafayette. That could be changing. Blanc said there were 350 members of the press attending this year, a hundred more than 2017. But more than one jury president has pondered the variable quality of the nominees (plucked, more often than not, from fashion colleges) and the patchy representation of fashion as a global enterprise. As BoF’s Imran Amed pointed out a couple of years ago when he was a judge, where were the young Brits, the Americans, the Italians? Or, further afield, the Japanese, the Australians, the nationalities you find in other fashion contests? Maybe it’s because they are elsewhere (though Botter and Herrebrugh are coincidentally nominated for the LVMH Prize, which is some kind of crazy hat-trick). A lot of this is down to the schools who put their students forward – or not. What stood out in 2018 was Finland’s presence in all three categories. Haider Ackerman, president of the fashion jury, was so impressed he insisted he could have picked a final ten from Helsinki’s Aalto University alone.

Maybe that’s a pointed example of what Maïda Gregoiri-Boina, Hyères's artistic director for the past 20 years, was talking about when she referred to “a turning of the page” at this year’s festival. She claimed it felt very different backstage with the fashion nominees. “More emotional, more personal.” What hadn’t changed was the not-fully-digested influences that usually characterize these contests. Rei Kawakubo and Raf Simons cast long shadows. “Special mention” Marie-Eve Lecavalier is actually interning with Raf in Antwerp, though her beautifully finished work had more in common with Phoebe Philo, another inescapable reference point for young designers. The designs of winners Botter and Herrebrugh had an animated upside-down, inside-out bricolage flair that brought Galliano to mind, but that was a rather glorious echo because it was delivered with such gleeful ingenuity: fishing nets, plastic bags and other seaside detritus wrapped up with classic menswear elements like Prince of Wales checks. 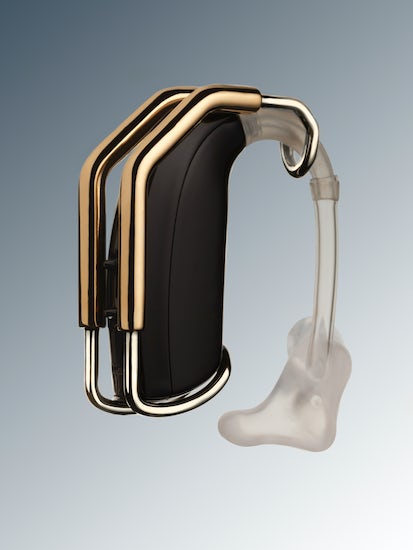 Which turned another page. It seemed appropriate to Hyères33's free spirit that the people who won the big prizes all engaged with issues that are shaping the wider world. Botter, Herrebrugh and Lecavalier upcycled waste fabrics in their designs. Designers Flora Fixy and Julia Dessirier worked with hearing-impaired photographer Kate Fichard to create H(Earring), a line of ingenious decorative accessories for hearing aids. The trio won the Swarovski Fashion Accessories Prize. The photography prize went to New York-based Eva O’Leary, a graduate of Yale’s famous MFA programme, which has produced some of contemporary art’s best female photographers. O’Leary’s mirror images of adolescent girls illuminated the ways identity is formed.

Lounging poolside at the Villa Romaine, a new location which has just joined the Villa Noailles in the Hyères Festival’s portfolio of the Riviera’s architectural gems, Ackermann pondered the positions of the judge and the judged.

“Everyone is so aware of everything, so focused on what’s happening,” he said of the ten finalists. “I would have liked them to disturb me.” The obvious inference was that they hadn’t. Did Ackermann anticipate that when he curated “A Vanishing Act”, a small but perfectly formed exhibition at the Villa Noailles which “disturbed” outfits by some of his favourite designers – a decade-skipping gamut from Madame Gres to Rick Owens and Undercover – with high-concept headgear by Japanese maestro Katsuya Kamo? It was almost as though he was saying, “This is how it’s done, boys and girls.”

The fact that Hyères33 gave him that opportunity mere weeks after his own faith in fashion could justifiably have taken a knock with his abrupt departure from Berluti gave the words of advice he imagined himself passing on to the finalists of this year’s festival an added weight: “Never stop dreaming, everything that makes your heart beat a little faster, even if it might go wrong.” On such romantic bromides are fearless fashion festivals founded. And, in an ideal world, they may even seduce the bottomless pockets whom Jean-Pierre Blanc insisted he desperately needed to keep Hyères afloat.

Disclosure: Tim Blanks travelled to Hyères as guests of the festival.

Making the Most of Hyères