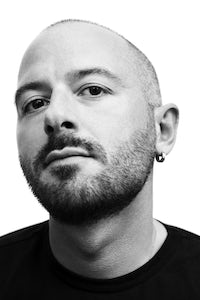 PARIS, France — On the last day of Paris Fashion Week, Demna Gvasalia, the 34-year-old Georgian designer behind the buzzy fashion “collective” Vetements, was appointed the next artistic director of Balenciaga.

But how will Gvasalia’s underground, almost anti-fashion streetwear aesthetic resonate with the past, present and future of Balenciaga, a storied couture house ​founded by one of fashion's greatest designers and then resuscitated by Nicholas Ghesquière, one of the most talented designers working today? ​Indeed, the ​curious ​timing of the Balenciaga announcement​ — ​which coincided with the Louis Vuitton show​ held on Wednesday morning​​ —​ seemed to ​position Gvasalia as a rival to the house's former creative director.​

BoF spoke to several industry insiders — many of whom noted the parallels with Ghesquière — to gauge their​ reactio​ns. Could​ ​​Gvasalia be fashion's new ​wonderboy?​

Tim Blanks, editor-at-large, The Business of Fashion
"What would you buy with an appointment like that? You’d buy buzz. Cristóbal Balenciaga is my favourite designer of all time. I’m trying to remember whether Martin Margiela revered Balenciaga. I’m sure he did — he must have. And Demna is from the school of Margiela. Actually, I think it’s very intriguing that Margiela, who was once considered to be such an outsider, such a sort of marginal figure in the fashion industry, has now co-opted Galliano and Balenciaga. It’s funny, I wonder where that will all end up in another 20, or 30 or 40 years."

Virginie Mouzat, editor-in-chief of fashion, Vanity Fair France
"I don’t know [him], but it’s going to shake up the system and I think that’s quite healthy. It’s so unexpected. I think it’s quite healthy to think out of the box."

Carla Sozzani, founder, 10 Corso Como
"For me, you know, it’s fantastic! I’m a Margiela fan — since the beginning — and I like the way Vetements do things in such a modern way. I think he can bring what they had with Ghesquière too, something very modern and advanced. It’s good to make the house move forward."

Katie Grand, editor-in-chief, Love magazine
"I think it’s super exciting. We worked with Demna at Vuitton and he’s a really nice guy and has impeccable taste — I’m super happy for him. I think it’s a perfect match. Balenciaga has recruited people previously who have been very exciting and I think he’s probably the most exciting person to do this. I think there seems to be something going at the Kering group where they employ people because they’re good, rather than politics."

Lisa Armstrong, fashion director, The Daily Telegraph
"I’m so intrigued. It seems to be quite typical of Kering to take a risky turn. Although they’re obviously being warned by fashion insiders, it’s a big leap from that to a fashion house like Balenciaga. I’m really excited to see what happens. I love these out-of-left-field appointments."

Tommy Ton, photographer and founder of Tommyton.com
"I think it’s really exciting. I think the industry is really waking up and ready to shake things to its core — to get things exciting again. From what I’ve seen, everyone was so bored up until today. [Demna Gvasalia’s] dabbled in many houses and I think he has enough experience to turn things around. He’s not going to do what he’s doing at Vetements, because that would be so easy, for him to do what he does at Vetements. And I’m sure what he was doing behind the scenes at Vuitton or wherever he was before — Margiela — will not look like that. But Balenciaga needs something radical, which I think is what Nicolas [Ghesquière] did 15 years ago."

Ece Sukan, stylist
"What I’ve observed with Vetements is that they are grabbing the youth very well. What a fashion brand needs is to be cool and to catch the zeitgeist and to catch the youth — so I think they will be good for updating Balenciaga for the world we’re living in — the digital world. It will be exciting to see, because all the other established designers are nice and exciting, but this is actually courageous and new and exciting."

Jo-Ann Furniss, fashion writer
"I think what’s been happening with Vetements is really interesting — but then there’s been this kind of enormous hype and enormous attention. I’m always scared for people when they have such a lot of focus on them, because it means that everyone expects everything in five minutes. And so to have this as well, that’s a tall order. But at least he’s not coming after Nicolas Ghesquière. So there’s a kind of a good will there, and it’s going to be really interesting to see. I think it’s going to be a really, really tough time for them. I just hope people can kind of give him a break and give him a chance and kind of go a bit easy on him."