Through a series of panels featuring guests from Hollywood, politics and beyond, the ‘Embrace Ambition’ summit tackled stereotypes and fostered networking for over 900 attendees.

NEW YORK, United States — Mid-morning inside Alice Tully Hall at the Lincoln Center for the Performing Arts, Tory Burch took the stage in front of an audience of over 900 guests with Majority Leader Kevin McCarthy (R-Calif.) and Rep. Joe Kennedy III (D-Mass.) to talk about the challenges women face in politics and our divided government.

But Burch decided to open with a question that she gets “in almost every interview,” she said. “Tell me about what you are wearing?” The congressmen were speechless for a moment, the audience applauded and Burch made her point in an affable way.

It unusual to see a female entrepreneur, especially one from the fashion industry, commanding the stage with two politicians. But at the Tory Burch Foundation’s first day-long convention, the congressmen were two of several guests to discuss spreading activism, how to combat bias and — as the “summit” was named — embracing female ambition.

The summit was free for guests, mostly women, thanks to sponsors including Bank of America and The Leonard & Judy Lauder Fund, and live-streamed online. Attendees were students, non-profit organizers and entrepreneurs chosen from applications based on their personal stories. They ranged from Nona Hendryx, a founder of SisterSMATR, an organization of women that works to mentor young women in science and technology, to former Elle editor-in-chief Robbie Myers.

“We are in a place right now where you have power as a talent,” said Tina Tchen, a lawyer spearheading the Time's Up Legal Defense Fund and former chief of staff to First Lady Michelle Obama. “We are in a tight labour market — if [businesses] want the best talent, they are coming to realize that they need millennial women.” Tchen spoke about encountering stereotypes throughout her career as a corporate litigator. “You can see the look on a CEO’s face when I walk in the door: an Asian woman is supposed to be quiet, demure, unassuming and here I come…. The thing I learned from that is not to get my anxiety up.” 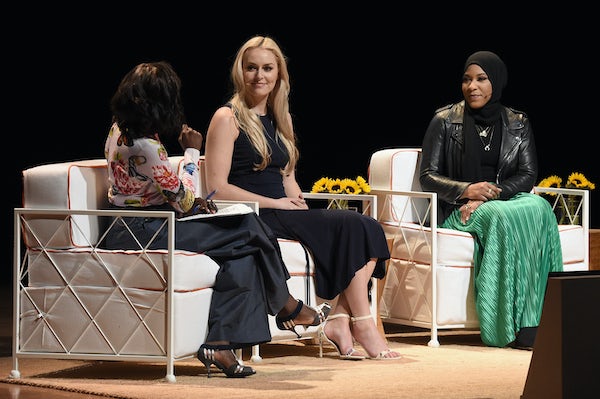 There is a lot of competition in the event space for conferences that cater to female entrepreneurs, including Create & Cultivate, a Los Angeles-based conference series and the Girlboss Rally, from the media company that Nasty Gal founder Sophia Amoruso launched after she exited the company. And on Tuesday, women's coworking space The Wing announced that it is partnering with Tina Brown's Women of the World conference to host an event series this year.

And while the conference format has long been popular for media brands — see Glamour’s Women of the Year Awards and Vanity Fair’s Founders Fair — it is more unusual for fashion brands such as Tory Burch to dive right in on its own. (The DVF Awards, founded by Diane von Furstenberg and The Diller-von Furstenberg Family Foundation, is an exception, awarding grants of $50,000 to five female leaders each year.)

It is another indication that fashion companies are morphing into media businesses of their own, creating content and programming events that draw in consumers for more reasons than selling them product. Doing it in a way that doesn’t feel like a marketing gimmick can be challenging.

“We were really careful because I never wanted it to be perceived as marketing in any way,” Burch told BoF, referring to the Tory Burch Foundation, which was established in 2009, five years after she started her company. “Not until the last three years have we talked about it externally because I wanted real impact and scale.” 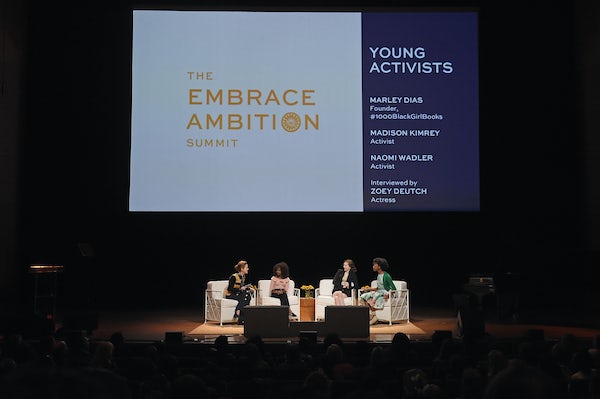 The foundation has awarded $40 million in loans with Bank of America, provides business and management education with Goldman Sachs and provides mentorship to female entrepreneurs.

“I never knew how good it would be for the bottom line of the company,” said Burch. And over the last two years, she has seen other companies embrace non-profit initiatives. It marks a change from when she was told not to tell investors about her plans to one day start a foundation, back when she started her brand. “It’s such a sea change in business right now,” she said.

“People think fashion companies should stick to fashion and that’s not really my perspective,” said Burch. “More than ever the country needs to be brought together and I think anyone, whether you are either party, feels the same way. That’s part of what we have to start to do, having hard conversations.”

Tory Burch on Philanthropy, Innovation and the Changing Consumer