MILAN, Italy — Footwear has never been so fashionable. In recent years, the global luxury shoe market benefitted from a dramatic increase in consumer interest — buoyed by the fervour with which luxury sneakers were adopted as Millennials and Gen Z’s favourite status symbols. Euromonitor estimated the US market at $76 billion in 2018. However, despite analysts predicting that growth in the global footwear market will stay steady at a compound growth rate of 3 percent over the next three years, in the face of continuing digital disruption, capitalising on the opportunity in footwear has never been so complex.

Indeed, as luxury houses release a constant stream of new sneaker models to convert streetwear-hungry consumers, and VC-backed businesses like Allbirds and Rothy’s seek to create the footwear equivalent of sector dominating businesses like eyewear’s Warby Parker and luggage’s Away, competition for consumers in the market is increasing — challenging at a time when smaller scale footwear specialists and manufacturers are still deciphering the impact of significant alterations to their market.

“Now the world has changed. Thanks to digital disruption and transformation, the buyers are a little bit lost, in their words. They are lost because it’s very complicated to understand what to follow, how to follow it and what time to dedicate to what," Micam's chief executive Tommaso Cancellara told BoF.

Micam is where buyers and companies find their way through this disruptive and confused moment in the world of footwear.

Welcoming over 1,300 exhibitors and 43,000 buyers to its 87th edition last week, Micam possesses a uniquely global scale in footwear, and as Europe’s largest and oldest footwear trade show, it is an acknowledged leader in the space. Believing it has a responsibility to the people it brings together, over the past three editions, the fair has been investing in initiatives designed to empower the businesses and buyers that attend the fair in navigating the disruption created by globalisation and digital technology.

“That’s why Micam has invested significantly in a new layout, in order for buyers to meet each other in what we call the ‘Squares’, [of which there are seven, ranging from a dedicated sneaker culture space to contemporary, active, luxury and others]. Aside from layout, we also invested significantly in content. We had seminars on specific styles [and] markets, we also are investing in understanding what sustainability means for our industry. We are investing in understanding what the general and specific trends are,” adds Cancellara.

By designing an event and an environment intended to educate and empower, Micam’s leadership are seeking to foster closer bonds between attendees, be they buyers and sellers, producers and distributors — and indeed the wholesale footwear community at large. “Micam is now something different from what it was before. It is not only a B2B place where people meet and buy and sell — it’s also a place where the buyers and the companies come to find their way through this disruptive and very confused moment in the world of footwear and in fashion in general,” he continues.

In keeping with the spirit of Micam’s open-learning community strategy, BoF sat down with three of the fair’s most prestigious exhibitors to discover their insights on the state of the footwear market. 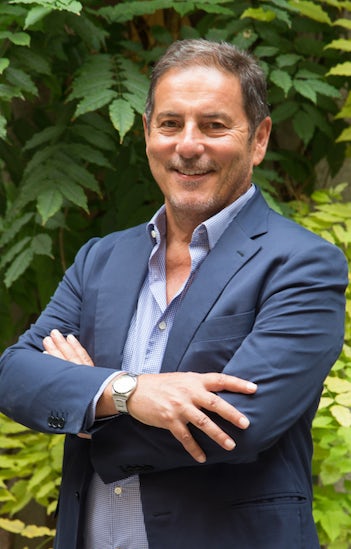 What growth opportunities are you focused on?

DR: Really, the big potential for us is Asia, also South America if they can find their way and then last but not least, Africa. For a company like ours, the internet is a big help because we can really tell customers who we are, what we are doing. When you show your company, when you show Europe how you made the shoes, and you show it the right way, people trust you and your pricing model.

[Being] an Italian manufacturer [is] a big competitive advantage. Italian shoes are recognised to be the best shoes in the world. Although we don’t have that many brands, we make shoes for all the big names. That is why we are fighting to make country of origin assignation compulsory in Europe. It’s difficult because there are a lot of countries in Northern Europe that are taking advantage of the current rules. The fact that the United Kingdom is getting out of the European Union is advantageous because England was one of the countries that was really blocking our efforts. It’s a difficult battle because there are a lot of interests. We’ll see. We keep on struggling.

DR: I understand that with globalisation, there are threats but I also very much believe there are advantages. Think about China, for instance. We see huge potential in the Chinese market, [which] is going through a second phase. Until now, many Chinese consumers were obsessed with heavily logoed brands to demonstrate their new status. But now, tastes are becoming more refined and more and more consumers are looking for quality products that are not necessarily overly well-known or widely distributed.

We have to find the right way to penetrate it, because comparatively, there is less distribution of product like ours, and an underdeveloped consumer infrastructure [due to] the lack of speciality stores and department stores. Chinese retail grew very fast, too fast as we all know — the big brands, the big malls, are closing some stores because they overgrew.

How has your business model evolved in the digital age?

DR: Our retail stores are more integrated [now], but they have to integrate more. We see our retail stores are growing physically — 4 percent — while our online business is growing 20 percent. The best example of how we want seamless integration between the two is a consumer coming into the store who wants a specific shoe in navy [but] we’ve run out of the size. Now, you can try it on in black, you can pay and then we ship home the navy shoe. It’s a big opportunity because we can work with less stock and have a bigger selection. A double advantage. 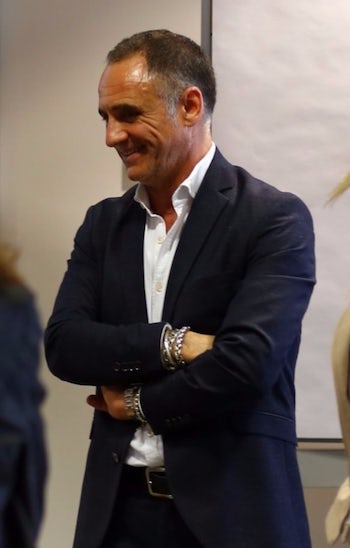 Founded in 1992, Skechers reported annual sales of over $4.6 billion and their global wholesale business grew over 18 percent in 2018.

How is the footwear market evolving?

SE: I can only answer for Italy, but a few big players [are] growing in importance in terms of distribution, with a bunch of smaller size retailers struggling a lot and seeking margins. The mid-tier territory, where there are medium-size retailers trying to fight with the big guys in terms of pricing, but using smaller infrastructures, is getting tougher. I feel that the market is really moving towards the shape of the most mature markets, on a pan-European base.

Italian shoe distribution is moving through a very tough time. The market is extremely demanding and at the same time, retailers are looking for serious, solid and trustworthy partners. Skechers is this kind of brand. For us, this is by far one of the smartest opportunities we have and we manage to have a quality dialogue with retailers.

What opportunity do you see at Micam and shows like it?

SE: As a starting point, this really is a global choice. Micam is a destination for the brand on much more than just an Italian basis because an event like this represents a huge dialogue opportunity, a huge touch point between our brand and our retail partners.

I think the most valuable element is the opportunity for retailers to tell us what they need and how they feel about what we are doing. The most important pressure they feel is the margins, and we as a Skechers brand deliver huge, serious and effective tools in terms of improving the margins. It’s a kind of mutual learning process. I’m a country manager, but I have to say that the way we do business, the way our senior management on a global basis has built the brand since the beginning, is all about listening to the real needs of our consumers and retailers. 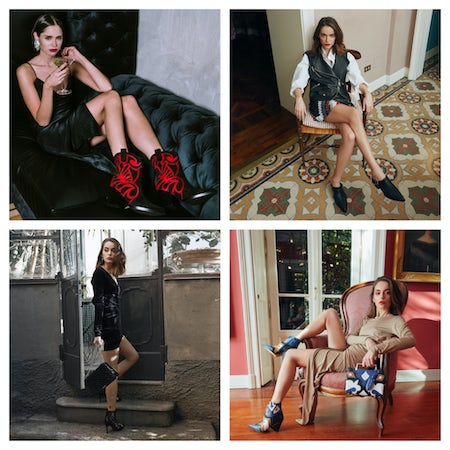 Founded in 1910, Baldinini's average revenue over 5 years is €100 million, according to metrics shared by the company.

What growth opportunities are you focused on as a business?

GB: Currently, we produce over 700,000 pairs of shoes a year and employ over 400 people. I have a very strong brand in Russia. We have seven wholly owned stores and just over 110 franchise agreements in the country. Russians before spent a lot of money on shoes. Now, they don’t spend too much, but step by step, it is improving. Our second market is China, where we operate six of our own stores and four franchises. It’s very important to have some beautiful shops for sale online, [because] without shops, without the name, it’s impossible.

GB: I think in three to five years, [our business] will have changed significantly. We have extremely strong sales on our e-commerce platforms in Europe and I plan to launch a Russian version of our e-commerce store in September, followed by a Chinese equivalent next year. We are projecting sales of up to €500 million within five years through our e-commerce channels alone.