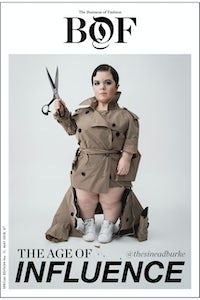 LONDON, United Kingdom — All around us there are signs of the growing influence of ordinary people. Governments and powerful global companies can increasingly be held to account by the rising chorus of individual voices, big and small, on a wide range of issues — everything from customer service fails to gun control legislation.

Indeed, the top-down, one-to-many dynamics of mass media — think the evening news on primetime television, or the daily newspaper or the monthly magazine — have given way to a digital conversation powered by social platforms like Facebook, Twitter and Instagram. Once passive end users now have a voice — and a choice. Now we can decide who to follow, what to watch and what to believe.

But social media has its dark side too. Mark Griffiths, a professor at Nottingham Trent University, has been investigating whether social media addiction constitutes a bona de mental disorder. His research reveals that some social media overuse bears the same behavioural signals that we would associate with chemical addictions. Social media sites have also been used to recruit people to extremism, enabled online bullying and even hijacked the democratic process, as seen with Facebook’s failure to clamp down on “fake news” and the still-unfolding Cambridge Analytica scandal.

For fashion companies, which long relied on the comfortably controlled environment of traditional media, this shift in the media landscape has come as a rude awakening. Brands are no longer defined by a set of rules conceived and beamed out to the world from the control tower of a company’s headquarters. They must now live in conversation with the world.

At best, brands can now only hope to influence the conversations that people are having about them — and to do so, they are enlisting a growing army of professional influencers who have become a new staple of digital marketing around the world. At a time when many are blocking traditional banner ads or fast-forwarding through television commercials, influencers are one way to make people stop and take notice. They create content that their followers actually seek out and share. The simple act of choosing to follow or connect with someone on social media is another way of saying, “I trust you, I am interested in what you have to say and I take your recommendations seriously.” 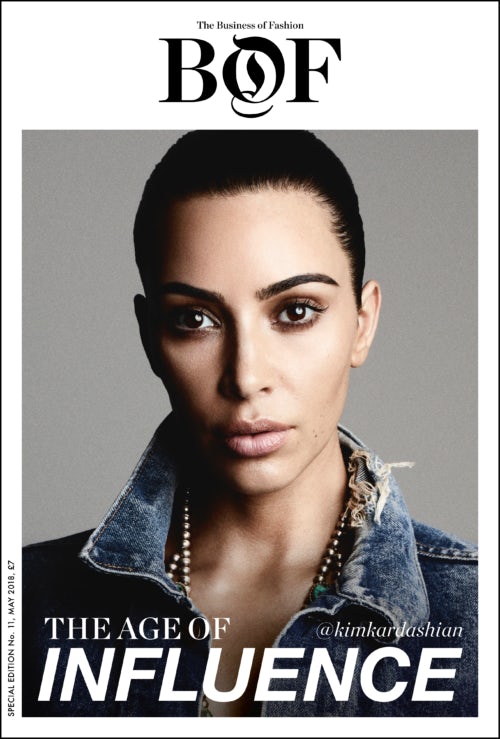 The ne plus ultra of the influencer economy is undoubtedly Kim Kardashian West. With hundreds of millions of social media followers tracking her every move, she has become a new kind of global superstar, one who is willing to bare all and share all. I sat down with Kardashian in Los Angeles a couple of times over the past few months to better understand the mania around her and how she has deftly leveraged it all to build a beauty business that could generate an estimated $100 million in its first year. In this issue, Kim is a double cover star — for our main issue as well as our first special report on The Business of Beauty, a topic she has come to know well through her own burgeoning empire.

But in these times of #metoo, #marchforourlives and #oscarstoowhite, influence is not just a marketing tool. Influence is also being used to reshape culture and our perceptions of what is and is not acceptable. Some of you may have first come across our other cover star Sinéad Burke, a three-and-a-half- foot activist for disabled people, following her barnstorming talk at VOICES 2017 in December. Since then, Sinéad has used her newfound visibility to build awareness around a cause informed by her own lived experience: designing for disabled people. She has wowed audiences at the World Economic Forum in Davos and sat down for meetings with Oprah Winfrey and a host of fashion illuminati, using her irresistible charm and natural eloquence to influence an industry that has long shut her out.

The seemingly out-of-nowhere rise of the much feared Instagram account @diet_prada demonstrates an altogether different kind of influence. After calling out brands for copycatting, Tony Liu and Lindsey Schuyler have emerged as new kinds of digital influencers. For three years they have been pushing their agenda from behind the comfortable veil of anonymity. Now, we bring you their first unmasked portrait and in-person interview, where they discuss their plans for building a new kind of media company.

Elsewhere in the issue we explore how the growing reach of influencers is being regulated by government agencies and social media platforms, chronicle the rise of influential rappers like Kanye West, A$AP Rocky and Cardi B — the new kings and queens of the fashion game — and learn about the all-important KOL (key opinion leader) clones who are mass produced by companies in China.

Make no mistake. For good, or for bad, the age of influence is here. The question is, how are you going to use yours?

Our latest special print edition — including the special report on The Business of Beauty — is available for purchase at shop.businessoffashion.com. If you sign up to BoF Professional before June 29, 2018, you’ll receive this issue as part of your annual membership, which also includes unlimited access to articles, exclusive analysis, invitations to networking events and the members-only app. Subscribe here today.