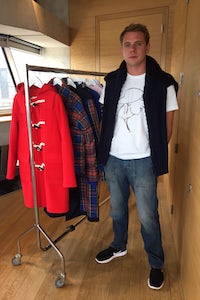 LONDON, United Kingdom — “I feel like where we are today in Britain has really affected me. Britain is going through a very odd moment in its history,” says Jonathan Anderson, reflecting on the UK’s Brexit referendum, which revealed a deep fracture between urbanites, especially in London, and their rural counterparts. “It’s a very odd moment when a city splits away from a country.”

As if to underscore the growing chasm between the British capital and the rest of the nation, the Northern Irish designer is sitting in a small wood-panelled room hidden away high above the River Thames on the ninth floor of the Tate Modern’s Blavatnik Building, a concrete extension named after Soviet-born, London-dwelling billionaire oligarch Len Blavatnik, who donated a record £50 million to the museum.

Britishness and democracy were very much on Anderson’s mind as he developed the collection he is here to unveil: a British heritage-inflected line developed in collaboration with the Japanese apparel giant Uniqlo, best known for its colourful, well-designed basics. The autumn/winter range, which launches on September 19, is composed of 33 pieces, including double-breasted trench coats, tartan jackets, Fair Isle sweaters and striped school scarves. Prices start at £14.90 for a graphic t-shirt and top out at £139.90 for outerwear. 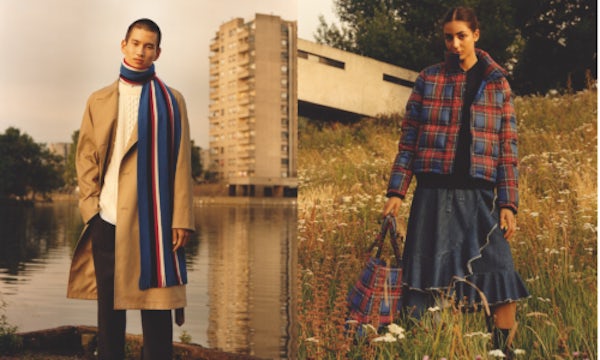 “For me, the point of doing this collaboration was that I believe in democracy in fashion,” says Anderson, who is the creative director of LVMH-owned Spanish luxury label Loewe, as well as the founder of his avant-garde namesake line J.W. Anderson, but whose own attire often consists of sneakers, blue jeans and a sweatshirt. “It was also an exploration of normality. When I started working on Uniqlo, it really challenged me in a different way. It was the first time I started reflecting on what I actually wear.”

“Instead of being the fantasy of a character, it’s the reality of a character,” he continues. “Since I joined Loewe, I have questioned the fundamentals of luxury. I don't think I would have been able to do Loewe without questioning every single aspect of it.”

I have questioned the fundamentals of luxury.

In March, an Anderson-curated exhibition of art, fashion, furniture and ceramics opened at the Hepworth Wakefield, a David Chipperfield-designed museum in Yorkshire in northern England. “It was so nice to be able to do something which was not in London. There was a sense of democracy,” says the designer. Days later came the news of the Uniqlo collaboration. Then, as part of his presentation as a special guest designer at Pitti Uomo in June, Anderson debuted a collaboration with Converse, styled with simple, classic looks such as cotton chinos paired with a white T-shirt. “In a moment when you want to democratise things, it was kind of like a triptych that came together.”

Anderson also stresses the importance of culture. “We’re going through this period where consumers are challenging the way we buy and the market hasn’t caught up,” he says. “Uniqlo is a very cultural brand. I see Converse as a cultural agitator — and J.W. Anderson the same. Loewe I see as craft and culture.”

“My whole belief is that all brands have a cultural responsibility to what they do. No matter how simple or complex it is, you have to create something which has cultural value.”