Johan Lindeberg Is Back at BLK DNM

The Swedish designer has bought the denim and leather brand he launched in 2011 and stepped away from three years ago. With new partners, he plans to relaunch in the spring. 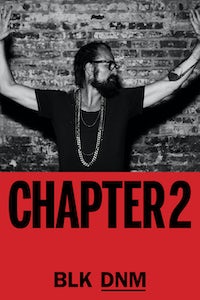 Johan Lindeberg Is Back at BLK DNM

The Swedish designer has bought the denim and leather brand he launched in 2011 and stepped away from three years ago. With new partners, he plans to relaunch in the spring.

LOS ANGELES, United States — After three years away, founder Johan Lindeberg is back at the denim and leather label BLK DNM.

Known for his work as the marketing director of Diesel in the early 1990s and for the namesake line he launched in 1996 and led for a decade, Lindeberg debuted BLK DNM in February 2011, quickly crystallizing an early aughts, downtown New York uniform of skinny jeans and leather jackets. A series of memorable, visually arresting campaigns — featuring Gisele Bündchen, Mariacarla Boscono and others, with a message of female empowerment — bolstered the brand’s reputation.

But in March 2015, Lindeberg decided to step away from the business to focus on other creative pursuits, including photography. He soon returned to his namesake brand J.Lindeberg as a creative consultant. While he says he is still close with the team there, his focus is now squarely on BLK DNM.

When he left BLK DNM, the brand was owned by the Hargreaves, the family behind the British off-price fashion and home business Matalan, which Lindeberg brought on as investors after parting ways in 2012 with Kellwood, a St. Louis manufacturer that originally enlisted him to launch the brand in 2010.

Last month, Lindeberg bought the trademarks and patterns associated with the brand from the Hargreaves family with support from the Norwegian retail group Varner, based in Oslo.

“I will act completely independent but I can tap in also to their strengths if we want,” says Lindeberg, explaining that he will design and develop the brand from Los Angeles but operate it out of Stockholm, two cities in which he splits his time. He is also often in New York where his daughter Blue, who encouraged him to buy back the brand, now lives.

BLK DNM’s Manhattan store on Lafayette Street in Soho will soon close, Lindeberg says, and he plans to reopen a brick-and-mortar location in the city in the future.

Los Angeles, however, is now his main sources of inspiration. “There are new creative winds in Los Angeles,” he says.

Lindeberg plans to bring back BLK DNM classics, including the biker jackets and tailored pieces, as well as introduce new textures and silhouettes starting in spring 2019, with a more complete reset planned for the following autumn.

He says the brand always felt like a very personal expression of his style and ideas, and now he has the support from Varner to keep it that way — with ambitious goals to attract a global audience. “ I want black denim to be a borderless brand,” he says.