TOKYO, Japan — “Clothes have meaning. Otherwise, it’s just cocktail dresses and bags — and that’s not interesting.” So says Jun Takahashi, designer of Japanese label Undercover, in a rare interview at the company’s offices in the Tokyo neighbourhood of Harajuku. It’s a view that is encapsulated in Undercover’s motto — “We Make Noise, Not Clothes” — and reflected in its wildly imaginative collections, simultaneously sinister and playful, which broke down the divide between the street and the runway long before the rise of luxury streetwear.

Indeed, Takahashi’s label — which turns 25 this year and is celebrating the milestone with a major retrospective at the Tokyo Opera City Art Gallery, a monograph published by Rizzoli and a men’s collection that riffs on the Undercover archives — is equally famous for its graphic t-shirts, favoured by teenagers, as its conceptual runway pieces. The designer insists that, no matter the complexity or price of a garment, he imbues everything he produces with an equal degree of creativity, which appears to flow directly from his mind’s seemingly unbounded capacity for conjuring up a unique universe of intricate and slightly warped fantasies.

There was a period in Takahashi’s work where he continually made monstrous-looking ‘Gila’ dolls (named after a species of venomous lizard) out of teddy bears, and a teddy bear with blocked-out eyes has become the brand’s unofficial mascot. “In my work I want to express not something merely pretty or cute, but to find something behind it,” explains Takahashi. “I think it’s very human. I take that cute teddy bear and I give it a bit of a shock — that bit of violence. The combination is something that gives it real beauty. I am not denying beauty, but presenting it in a different light.” 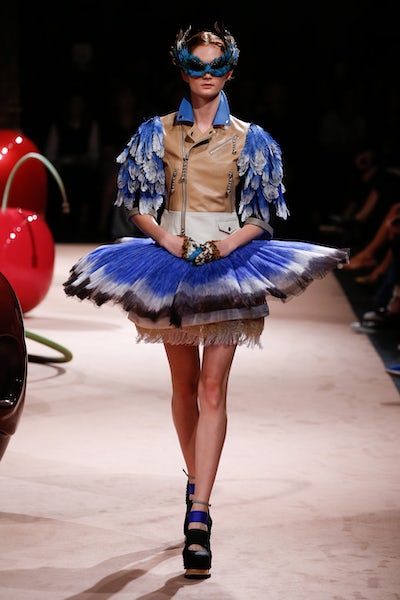 Takahashi was born in 1969 in the small provincial Japanese town of Kiryu, and like many teenagers he inhaled culture — especially punk rock — in order to escape his surroundings. He enrolled in Tokyo’s Bunka Fashion College in 1988 without a clear idea of what he wanted to do — until he saw his first Comme des Garçons show. “I was only a student when I went to see a Comme des Garçons show,” he recalls. “I was so impressed. It convinced me to think of fashion design as being completely free in creative expression. With her work [Rei] Kawakubo said, ‘It doesn’t matter if it’s avant-garde or street: creativity is creativity.’”

Armed with this newly found freedom, Takahashi launched Undercover in 1990. He and his friend Nigo (the designer, record producer and entrepreneur who went on to found A Bathing Ape in 1993) were already known in the Tokyo youth culture scene (Takahashi played in a punk-rock band called The Tokyo Sex Pistols). Together, they opened a store called Nowhere, where Takahashi sold his first t-shirts. At that time, his role model was Vivienne Westwood, who similarly drew on the culture of punk rock with her iconic London shop Sex.

Like Westwood, Takahashi would not be limited to making t-shirts. “I wanted to make punk elegant,” says the designer. “It was natural for me to interpret music or movies that I grew up with — that shaped me. I was always interested in rebellion. So, I decided to make clothes that are not merely beautiful; I wanted to interpret culture into fashion.” In 1994, Takahashi presented his first women’s runway show in Tokyo. One of the collection’s standout pieces was an artfully deformed MA-1 bomber jacket, and one of the first people to buy one was none other than Rei Kawakubo.

When visiting the Comme des Garçons shop shortly after, one of the salespeople told Takahashi that Kawakubo was also interested in buying a pair of Undercover sneakers. Takahashi sent them to her as a gift, Kawakubo responded with a thank you letter and the two began corresponding by mail, soon striking up a friendship. Kawakubo inspired Takahashi to transcend the boundaries of Tokyo, and in 2002, he finally took his women’s show to Paris. “Rei has been very emotionally supportive,” says Takahashi. “Before our first Paris show she was talking to everyone about Undercover. So many people came to see the show because of her.”

Kawakubo remains Takahashi’s role model to this day. “In Europe many designers are owned by fashion conglomerates, but in Japan we tend to be independent. Rei is the model for that. She’s totally independent: owner, president and designer. She controls everything. But of course she also has Adrian,” says Takahashi, referring to Adrian Joffe, Rei Kawakubo’s husband and the chief executive of Comme des Garçons, who has been instrumental in the company’s success.

Finding his own Adrian Joffe is Takahashi’s biggest challenge. At present, Takahashi remains actively involved in managing Undercover’s day-to-day operations, his least favourite activity. “Managing and controlling the company is very hard. I am not the type of person to manage things. I started the company, so, of course, I cannot avoid it,” explains Takahashi. “We’re still a relatively small company and struggle with financial issues. I am not really interested in making a lot of money. I am only interested in making money insofar as it allows me to be free to pursue my creative projects.”

In addition to 51 doors in Japan, including five directly operated retail stores, Undercover is currently sold in 24 stores in Asia, 23 stores in North America, 19 stores in Europe and 3 stores in Australia — including Kawakubo’s Dover Street Market stores. The company declined to reveal precise figures, but Undercover makes the majority of its sales revenue in Asia. Penetrating Europe and North America has been more challenging, even though the brand has a hardcore following in these regions and its Paris shows consistently draw praise for their inventiveness. 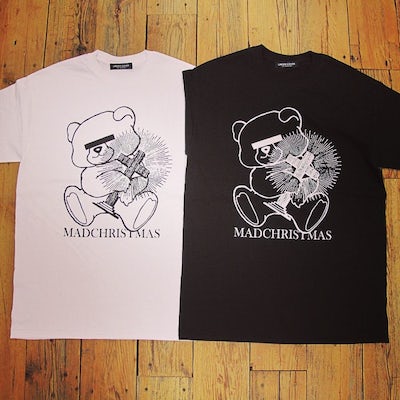 Part of the issue are the high transportation and duty costs associated with exporting product from Japan to the West, which means items are priced at about forty percent more by the time they hit the racks in Europe and North America. What’s more, in these regions Undercover is largely known as an avant-garde, high-end fashion brand, while in Japan and the rest of Asia it is better able to trade on its less expensive, youth-focused offerings — bolstering revenues in the region. “In the last few years we have put more effort into streetwear,” Takahashi explains. “We wanted a new approach to young people and we began to produce more accessible products to be able to reach them. In Japan and the rest of Asia, we put more effort into that, while in Europe we haven’t done that.” Indeed, in Asia, Undercover offers a basics line of skinny jeans and t-shirts and has recently launched two new lines for men and women, JohnUndercover and SueUndercover, which feature more accessible designs and price points than the main line.

Alongside the core business, Takahashi has an ongoing collaboration with Nike since 2010 — the longest in Nike’s history. As well, Takahashi is friendly with iconic figures like Hiroshi Fujiwara, the hero of Tokyo streetwear, with whom Undercover also collaborates on a clothing line, and Takahiro Miyashita, who used to design Number (N)ine and now has an underground line named TheSoloist. In the past, Takahashi has also partnered with Uniqlo to design a children's line, and most recently, Undercover collaborated on a capsule collection with Supreme, the reigning champion of skate-inflected apparel.

Collaborations, especially those with giants like Nike and Uniqlo, have helped keep Undercover afloat in times of financial difficulty. But while many designer collaborations today can look like mere marketing stunts and sources of easy cash infusions, the ones Takahashi chooses to engage in reflect something deeper, he says. “What all the collaborations have in common is that they make it possible to do something that we cannot do as Undercover. It’s more like friendships and shared interests, and taking advantage of each other’s resources,” said Takahashi. “For example, Undercover was making kidswear before the Uniqlo collaboration, but it was too expensive and childrenswear should not be expensive. The Nike collaboration happened because Nike found out that I am serious about running. And the Supreme collaboration was born out of mutual respect.”

Twenty-five years after founding Undercover, even though Takahashi has grown up and turned down the dial on the punk aggressiveness of his earlier collections, he remains committed to making Undercover a direct reflection of his creative spirit. There are no shortage of ideas, he says, only challenges to realise them. “I am interested in everything. If it makes sense to me, whether it’s a doll, or art, or furniture, I will do it. But I still make mistakes — and it’s fine, because they make me improve.”