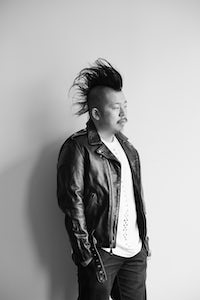 PARIS, France — For several seasons, Kei Ninomiya’s collections have been presented quietly at the Place Vendôme showrooms of Japanese fashion group Comme des Garçons, which birthed the designer’s punk-inflected label back in 2012. Last season, Ninomiya staged a more formal show for the first time, and the growing number of top editors who now make the pilgrimage to see his collections has caused Joseph Altuzarra to push his show back by 30 minutes to avoid a scheduling conflict.

At the core of the appeal is the purity of Ninomiya’s work. When he began, the designer set several strict parameters for himself; he only used black — hence the name of his line, Noir Kei Ninomiya — in order to concentrate on garment construction rather than image. He also avoided sewing whenever possible, choosing to assemble garments in unconventional ways. The results were striking: a coat made from four thousand pieces snapped together like a sartorial Lego kit; another coat held together by rings, like a spiral notebook; a dress shirt resembling chainmail. 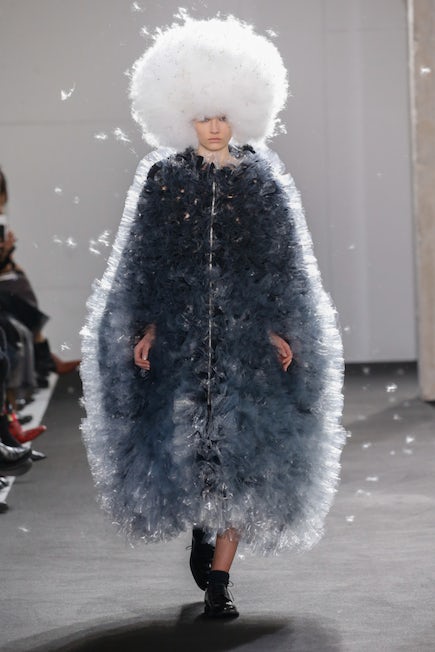 The designer joined Comme des Garçons back in 2008. He was a 24-year-old fashion student on summer break from Antwerp’s Royal Academy and he needed a job. After rigorous interviews, including one with Junya Watanabe, he met Rei Kawakubo, the Comme des Garçons founder herself, who hired Ninomiya as a pattern maker on the spot.

“At the end of the interview, she simply asked me when I could start,” says Ninomiya in a rare interview on the eve of his Autumn 2019 show. “I was surprised. I said I needed ten days, so I could go back to Antwerp and sell my furniture and tell them I am not coming back.”

Four years later, Kawakubo suggested that the clothes Ninomiya was creating for Comme des Garçons should be shown under his own name and Noir Kei Ninomiya was born. Such a quick rise is highly unusual in Japan’s fashion culture, where it’s common for a pattern maker to spend ten or more years as an underling before becoming a head designer. But the inscrutable Kawakubo, one of fashion’s true auteurs, is well known for spotting and nurturing talent.

Ninomiya’s designs certainly possesses the severity and seriousness of Kawakubo’s work. “When you look at a Noir show, you can immediately see how it fits into the ethos of Comme des Garçons,” says fashion critic Angelo Flaccavento, who first saw Ninomiya’s label in 2015. “One can see continuity in the silhouette. I was immediately struck by how sharp and romantic and complex his work was. You could see in the lines and the proportions that the person who designed it has an obsessive, mathematical mind. And yet it looks almost effortless.” 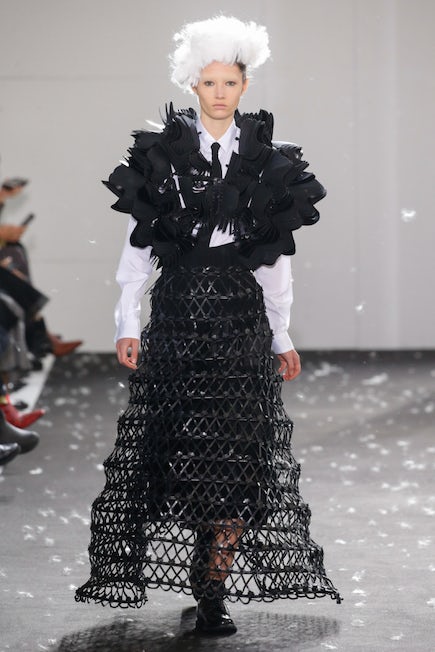 Ninomiya, who was born in Oita, a small city in the South of Japan and studied French literature before attending Antwerp, says he feels at home at Comme des Garçons. “The ethos of Rei Kawakubo is to make new things,” explains the designer. “Kawakubo gives everyone a lot of freedom, because she does not want to repeat what has been done before. Even when I was a pattern maker for the main line, I felt free to design what I wanted.” Ninomiya, in turn, gives significant freedom to his own five-person team, he says.

Comme des Garçons has taken a slow and steady approach to growing Noir. The label is believed to account for a small percentage of the overall Comme des Garçons business, which generates about $320 million in annual revenue across several sub-brands, including the highly successful retailer Dover Street Market and labels by Kawakubo protégés like Junya Watanabe. Last year, billion-dollar Italian skiwear brand Moncler tapped Ninomiya for its Instagram-savvy Genius project — built around a series of high-profile designer collaborations with the likes of Valentino’s Pierpaolo Piccioli, Simone Rocha, Craig Green, Hiroshi Fujiwara and others — though the partnership has since ended.

Ninomiya’s first collection presented outside of Japan came in 2014, two years after the launch of the label; and three years later, his first Paris presentation was an intimate affair, held for a handful of editors. But today’s show is being held in a bigger venue, which, like last season Ninomiya is sharing with fellow Comme des Garçons stablemate Wantanabe.

Recently, Ninomiya has relaxed his rigid design parameters: his clothes now come in white as well as black, and simpler garments are sewn together. But his design philosophy remains the same. “At Comme des Garçons no one has ever said to me, ‘You can’t make this, because it will be hard to sell.’”