After eight years at the LVMH-owned Parisian fashion house, the duo will once again focus solely on Opening Ceremony.

PARIS, France — Opening Ceremony founders Humberto Leon and Carol Lim are exiting their roles as co-creative directors of the LVMH-owned fashion house Kenzo, first reported by WWD and confirmed by BoF. They will show their last collection in Paris on June 23, officially parting ways with the house on July 1.

Leon and Lim joined Kenzo in 2011 as the first Asian-American artistic directors at LVMH, nearly a decade after opening the concept store Opening Ceremony on New York's Howard Street, which quickly earned a reputation for spotting and cultivating young talent. (Like many multi-brand retailers, Opening Ceremony also represents brands in a showroom and produces its own label, which is sold at other stores as well.)

"We are thankful to our wonderful Kenzo team and the LVMH group for the opportunity to take forward [founder Kenzo] Takada’s groundbreaking legacy," Leon and Lim told BoF in a joint statement. "We are excited to bring so many rich experiences and memories from our time at Kenzo to new frontiers." 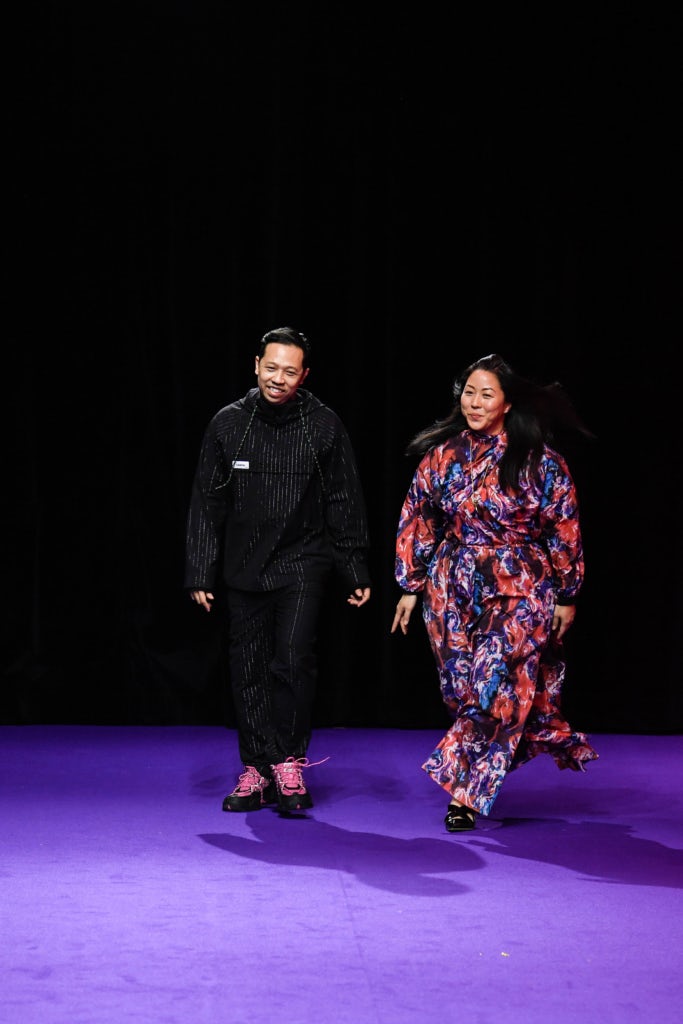 The duo, recruited to lead Kenzo by former LVMH Fashion Group head Pierre-Yves Roussel, are part of a cohort of young American designers who came up in the 2000s, some of which were tapped to inject new energy into established European fashion houses (including Alexander Wang at Balenciaga, Public School at DKNY and Jason Wu at Hugo Boss).

What distinguished Leon and Lim — who first met as students at the University of California in Berkeley — was their playful commercial sensibility. Long before streetwear was a key buzzword for luxury executives, they introduced embroidered Kenzo-branded tiger sweatshirts that became a staple on the street style scene. Through clever advertising — conceived in partnership with creative agency Toiletpaper — and fantastical runway shows, they managed to reposition the label at the advanced contemporary price point, giving it an identity that resonated with both male and female Millennials.

"Humberto and Carol consistently brought diversity and inclusion to the forefront at Kenzo, using their collections, fashion shows, advertising and special projects to engage and galvanize a new generation of creatives," Kenzo Chief Executive Sylvie Colin said in a statement."

But despite being at the forefront of the "merch" trend, Kenzo remains a subscale player in the LVMH universe, generating less than €400 million annually, according to market sources. What’s more, the last few years have brought great disruption to the fashion industry, with the drop-driven distribution model infiltrating high-fashion, requiring designers and merchandisers to create a venerable drip feed of content and hit products, and Kenzo was slow to shift.

For LVMH Fashion Group Chief Executive Sidney Toledano, the changeover signals an opportunity to further develop Kenzo beyond its globally recognised fragrances and the novelty-driven items developed by Leon and Lim. A successor will likely be named after their departure.

Meanwhile, Leon and Lim have plenty of work to do at Opening Ceremony, which has undergone several changes since taking on a minority investment from private equity firm Berkshire Partners in 2014. At the time, the plan was to further develop the store's in-house label and open several physical retail stores in addition to those in New York, Los Angeles, Tokyo and London, the latter of which has since closed.

In 2018, in the midst of searching for a new investor, Leon and Lim restructured the business, laying off several employees. They've also bought back Berkshire's shares, and are currently in "full control of the company."

At the same time, the duo has continued to stage imaginative events — like a runway show at Disneyland — that often include collaborations with filmmakers, dancers and other artists, bridging the once-deep divide between fashion and popular culture.

Opening Ceremony Lays Off 23 Amid Search For New Investor

A Cheerful Straightforwardness at Kenzo