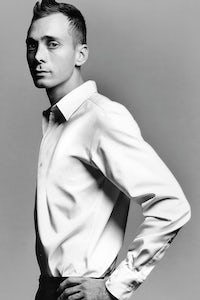 “What Yves Saint Laurent has achieved over the past four years represents a unique chapter in the history of the house,” said François-Henri Pinault, chairman and chief executive officer of Kering, in a statement issued by the company, crediting Slimane with completely repositioning the Yves Saint Laurent brand. “I am very grateful to Hedi Slimane, and the whole Yves Saint Laurent team, for having set the path that the house has successfully embraced, and which will grant longevity to this legendary brand.”

Francesca Bellettini, president and chief executive officer of Yves Saint Laurent, thanked Slimane for his “vision in reforming such an iconic house,” adding: “The direction that has been taken over the last four years represents an incredible foundation for the brand to build on for its continuous success.”

Slimane spent the last four years as creative and image director of Yves Saint Laurent. According to market reports, the designer and the company failed to reach an agreement on a new contract. Slimane’s existing contract expired Thursday.

Since taking the creative reins of Yves Saint Laurent in March 2012, Slimane’s edgy-but-wearable collections of biker jackets, skinny jeans and shoes styles like the Paris and Janis, have driven stellar results for the house. Last year, the business yielded €974 million (just over $1 billion) in sales revenue, up from €707 million in 2014. According to Sanford C. Bernstein, from 2012 to 2014, Saint Laurent revenues grew more than 20 percent each year, outperforming the overall market for luxury goods.

"This is clearly a negative," said Luca Solca, head of luxury goods at Exane BNP Paribas, in response to the news. "Saint Laurent is the fastest growing brand in the Kering portfolio. Pilati had done a lot before, but it's Slimane who has found the sweet spot. The challenge is not so much that of finding a replacement, but choosing the right one. This is more art than science, I'm afraid." According to Solca, while the brand's strong momentum means it won't be impacted in the short term, Slimane's departure "would impact the medium term for sure."

Slimane’s arrival in 2012 was a turning point for Yves Saint Laurent. The designer removed old products from stores, dropped “Yves” from the name of the label’s ready-to-wear collection and set up a new design studio in Los Angeles (thousands of miles from the company’s Paris headquarters) where he lives. Slimane’s creative overhaul of the label also extended to its advertising, with the brand rolling out its now-signature black-and-white campaign images of indie rock stars and models, photographed by Slimane.

Today's announcement marks the end of the French designer and photographer’s second tenure at Yves Saint Laurent. In the late 90s, Slimane joined the house and quickly ascended its ranks, moving from assistant in fashion marketing to designer, rebooting its Rive Gauche Homme collection. After exiting the label in 2000, he reportedly pursued negotiations to launch his own label with its parent company (then known as Gucci Group), before serving as creative director of Dior Homme from 2000 to 2007, where he became known for popularising the skinny silhouette that became his signature and was the first menswear designer to win the CFDA’s International Designer award. In July 2007, he relocated to Los Angeles to focus on photography, before returning to Yves Saint Laurent in 2012.

Slimane's last show for Yves Saint Laurent took place in March at the house’s Paris couture salons, with the designer presenting neon-hued furs and skimpy sequinned dresses at an event where — unusually for Slimane, whose runway shows are often set to specially-composed music — the soundtrack was silence, except for the voice of Bénédicte de Ginestous announcing the number of each look, a role she fulfilled at Yves Saint Laurent’s couture shows from 1977 to 2002.

Since January, market reports have suggested that Belgian designer Anthony Vaccarello is set to step into Slimane's shoes. According to a statement from the company, "A new creative organization for the House will be communicated in due course."

Slimane’s next move has not been announced.

Editor's note: This article was updated on 1 April 2016 to include comment from Luca Solca.