Fieg says that the opening of the 10,000-square-foot flagship store, designed in partnership with long-time collaborator Snarkitecture, is more than simply an expansion project. 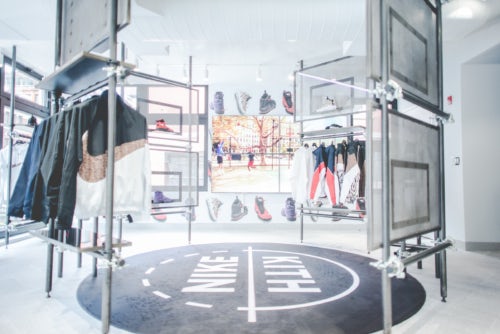 “It’s a new day for the brand in terms of how we communicate our business to the world,” he says. “I used to pass by this building; it was run-down, old and vacated. The minute I thought that [Kith’s success] justified that building it was time for me to go in and explore that opportunity.”

Since its 2011 launch, Kith has attracted sneaker fans worldwide. Last year, it amplified its global presence by staging a carnival-like party and runway show at New York Fashion Week that coincided with the opening of a shop-in-shop in Manhattan specialty retailer Bergdorf Goodman. Meanwhile, it expanded its retail locations across the US — there are now five Kith outposts, including one in Miami — and completed a $2 million renovation of its Brooklyn store.

With this latest project, Fieg aims to cater to the demands of his loyal, experience-driven ‘Generation Next’ fan base by launching a Kith Treats bar and café — complete with Rice Krispies ice cream and Cinnamon Toast Crunch milkshakes — as well as a gallery in collaboration with artist Daniel Arsham. “We’re going to commission artists from all over the world to fit the concept of the space,” says Fieg. A big “Instagrammable” footwear display will also serve as a main feature of the second floor’s set-up. 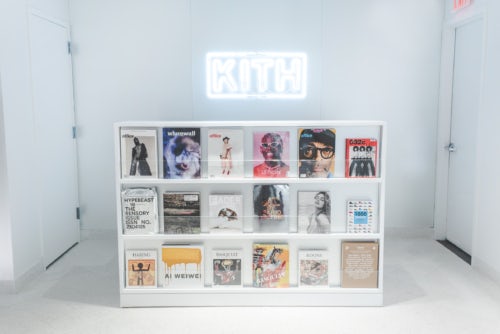 “[It will] be an experiential space for us to celebrate and communicate projects that we are currently working on,” says Fieg, whose new store will also offer a separate event space dedicated to brand partnerships, kicking off with the second half of its two-part Nike collaboration and followed by launches of 20 collaborations shown during Kith’s Spring/Summer 2018 runway show (including Off-White, Moncler and Adidas) throughout the rest of the year.

“We want [the store] to be a symbol for what it is that we do holistically as a company,” says Fieg. “I think it’s becoming a more identifiable business, where people can experience the brand in one place.”