L'Eclaireur was one of the first stores to bring directional fashion to Paris. Chief buyer Patrick Aramburu sat down with BoF to discuss how the store's uniquely 'difficult' approach invites customers to interact, not just transact.

PARIS, France — Armand Hadida has an uncanny eye for the designers who move fashion forward. In 1980, he opened the first L’Eclaireur store in a basement gallery on the Champs Élysées, becoming amongst the first retailers to bring directional brands such as Prada, Maison Martin Margiela, Dries Van Noten, Helmut Lang to France. In the intervening years, L’Eclaireur has spawned six wildly divergent, 'difficult' retail concepts across Paris, five of which stock the kind of menswear that meets the store's rigorous standards. BoF sat down with Patrick Aramburu, L’Eclaireur’s chief buyer, to learn more.

BoF: How do L’Eclaireur's stores vary?

PA: We have six shops and most of them are kind of difficult. We have one shop with no windows; everything is dark. [At the store] on the Champs Élysées, you have to wait to go in to the fashion shop. In the rue Sévigné store, 50 percent of the garments are hidden behind walls, so if the salespeople don’t talk to the customers, they don’t see the clothes. If a customer wants to see Dries Van Noten, they have to ask and then the salespeople open it and show it to you. At rue Hérold, you cannot get into the shop if you don’t know where it is. If you get there the first time, you might find it difficult, but if you start talking with the people the next time you can make it easy. For this shop, most of the time they take one, two hours with customers, and then they know you.

BoF: Why such a 'difficult' approach?

PA: It creates a relationship between consumer and the seller. Men are very trustful. If they trust you, they are going to come back and back, and each time it will be easier. People don’t come to L’Eclaireur to look at the racks; they come to see us because they want to play with us. That is something very different. Hadida doesn’t like to make it easy for the customers, so that they have to go through the salespeople. We are not selling garments in the supermarket. If people want to try things on, they have to have time to think about them and talk about them — whether the piece goes with what they have and what else we have. It is about interacting with salespeople and building a relationship with the individual store.

BoF: How does the store approach its men’s buy?

PA: For the next season, we have 20 new designers coming in and hopefully a few are stopping also. We are changing a lot, always. We are trying new American designers there, new Japanese designers here… we try to keep moving. You need to change and keep moving — you have to. We are 35 years [old], we have been here for many years, and we have been a big part of many designers’ [evolution]. We have carried so many new designers. A lot of collections are difficult at the beginning. If we didn’t have people coming for the fashion week, premieres and everything, the same shop as we are, with only the French market, we would be dead.

BoF: How have your male customers' spending habits changed in recent years?

PA: Our customers — they still have money, but we have to offer them and show them something different to make them happy and to make them want to buy it. People don’t want to buy the same thing they have been buying for ten, five, three or even two years. If designers continue to make what they have made before, people don’t want to buy it and we don’t buy it. If we sell the same things as everyone in Paris or everyone everywhere, or the same thing as we have been selling two years ago, they won’t buy anything. Each season they want something new. That’s what we do — we show them, really show them, something new.

L’Eclaireur is one of 30 leading menswear retailers recently recognised by The Business of Fashion and Pitti Immagine. To explore the full list, visit BoF’s new Menswear Hub, where you will also find menswear news and analysis from BoF correspondents and around the web, as well as a live index of the most influential people shaping the global menswear market. 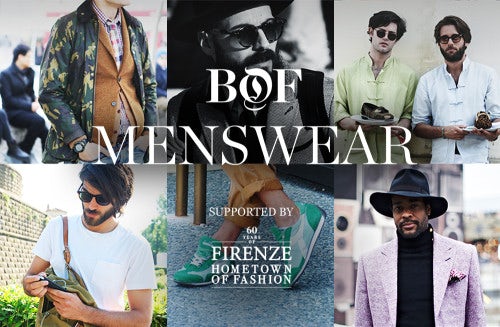