The paintings and designs of Suzie Zuzek, the artist behind the brand’s vivacious prints, were previously thought to be destroyed.

KEY WEST, Florida — In 2008, The New York Times reported that the archive of Lilly Pulitzer, the casual sportswear brand that captured the hearts of countless Americans in the '60s and '70s, was lost. According to the paper, the founder Lilly Pulitzer Rousseau herself threw out much of the archive upon her retirement in 1984, making it difficult to date many of her dresses.

Now, the lost archive has been rediscovered. 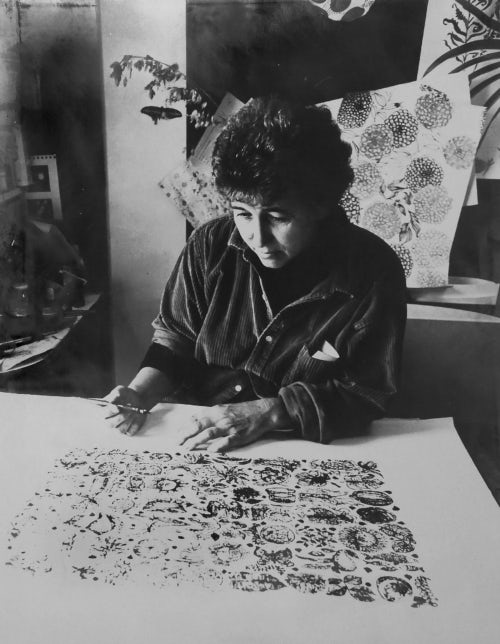 Becky Smith, a non-practicing lawyer based in Saint Louis, had a chance meeting with artist Suzie Zuzek in 2007, soon learning that Zuzek was the hand behind Lilly Pulitzer’s famous prints. A Pratt textile design graduate who had relocated to Florida with her husband in 1954, Zuzek worked as a design artist at screen-printing business Key West Hand Print Fabrics.

Rousseau developed a very close partnership with Key West Hand Print Fabrics and with Zuzek in particular, who created the prints used by Rousseau between 1960 and 1984. Rousseau is thought to have purchased 98 percent — or 4,000 yards a week — of her fabric from Key West Hand Print Fabrics. Zuzek did not know what had happened to the prints she had created during this period, presuming they had been thrown away.

In 2014, a retrospective of Key West Hand Print Fabrics organised by the local historical society alerted Smith to the fact that some of Zuzek’s paintings were still in existence. She approached Key West Hand Print’s archive owners and discovered almost 2,000 artworks by Zuzek, many of which had appeared on Lilly Pulitzer creations.

Smith was immediately taken with what she described as “wonderful, happy prints,” designs that Zusek had created. “The archive has tremendous cultural value,” she said. “It’s truly relevant to a global audience or brand that would want to tap into a quintessentially American aesthetic.”

It was then that she gathered a team of interested parties and formed a company, The Original IP, which purchased ownership of the copyright to the paintings, along with the paintings themselves, from Key West Hand Print Fabrics in 2016. “The great majority of the work has not been seen in years and there are many [designs] Suzie painted that have never before been used,” said Smith, who has spent the last two years with fellow Original IP co-founder Meg Shinkle and their team organising and cataloguing the archive to museum standards.

Rousseau, an heiress and socialite, founded her apparel company in 1959, opening her first store in Palm Beach in 1962. The label, known for its playful and vibrant prints, quickly garnered a high-profile following, counting Jackie Kennedy and Wendy Vanderbilt Lehman as fans. 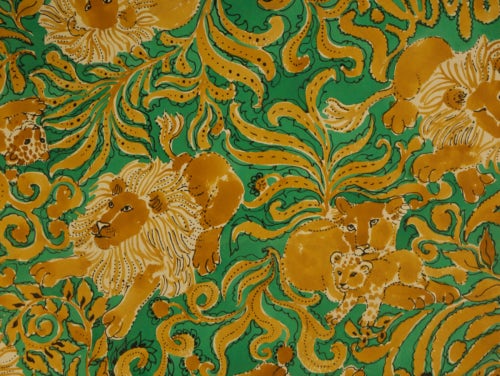 At its height, the brand was doing annual sales of $15 million. However, in 1984 Rousseau, chairman and sole shareholder of the company, filed for chapter 11 bankruptcy after reporting a loss of $1.2 million on sales of $9.5 million in February that year.

Following Zuzek’s death in 2011, Rousseau made a statement for a retrospective held in the artist's honour: “Suzie [Zuzek] and I found each other at exactly the right time in our lives. She constantly amused me, not only by the genius of her art, but also the sheer numbers of designs she created. … I simply couldn’t have done it without her.” Rousseau herself passed away in 2013.

The Original IP are hoping to find a buyer for the archive, but declined to share any valuations. They are also in talks with museums about a possible exhibition of the archive.