LONDON, United Kingdom — Lying in a bed of crispy autumnal leaves, legs flung over her bicycle and hat thrown to the side, model Liz Gibbons soaks in the great outdoors and takes a picture with her camera. She’s wearing shorts, flat shoes and a button-down dress that is open from the waist down. The picture was taken in 1938 by Louise Dahl-Wolfe and it couldn’t be further away from the staged froideur of early 20th century fashion photography. Gibbons is portrayed as an independent, adventurous woman, taking the world in with comfort, style and ease.

It’s a quintessential Louise Dahl-Wolfe photograph. And although many may not recognise the American photographer’s name, her work has helped shape the look of fashion photography both then and now, and is celebrated in a new retrospective at London’s Fashion and Textile Museum. “She was the bar we all measured ourselves against,” said Richard Avedon, who succeeded her as principal photographer at Harper’s Bazaar. “She is the most important woman fashion photographer of the first half of the 20th century,” according to photographic expert Terrence Pepper and for Valerie Steele, the vitality and dynamism in Dahl-Wolfe’s work “were a big part of the rise of the American look.” 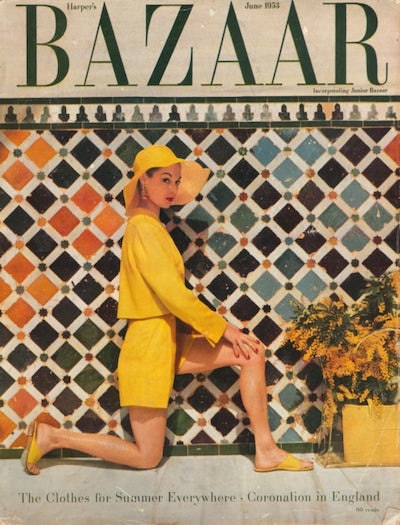 When Dahl-Wolfe began her career at Bazaar in 1936, fashion photography was in its infancy and there was ample room for innovation. The society portrait had often been the basis of the fashion photograph, led by Baron de Meyer, who had joined Harper’s Bazaar in 1922 after working for Vogue and Vanity Fair. As Dahl-Wolfe noted herself, before her arrival “there weren’t really fashion photographers, just artists like [Edward] Steichen, who just happened to do fashion photography.” By the time Carmel Snow arrived in 1932, de Meyer’s hazy, soft-focused and ornately decorated photographs were outdated. Snow wanted something that represented the free-spirited modern woman in movement. After hiring Dahl-Wolfe, who largely worked with fashion editor Diana Vreeland, Snow instantly knew that Bazaar was “at last going to look that way I had instinctively wanted my magazine to look.”

Dahl-Wolfe’s fashion images are defined by their simplicity and effortlessness. “Twins at the Beach”, for instance, is emblematic of the stark composition and liberating fashion Dahl-Wolfe preferred. She also did portraits of several actors and actresses, such as Vivienne Leigh on the set of “Gone With The Wind” and Marlene Dietrich, Carole Lombard, Bette Davis, Ginger Rogers and Orson Welles, as well as playwrights, writers, poets and directors, taking them out of the studio and photographing them in open air with natural light and her Rolleiflex camera. One of her favourite models, Lauren “Betty” Bacall, was given a fast-track ticket to Hollywood stardom after appearing on the cover of Bazaar in 1943.

A 1941 Good Housekeeping article aiming to uncover “what a woman photographer does” reported that Dahl-Wolfe started new fashion fads, made clothes ultra-desirable, contrived highly effective backgrounds, hated "arty nudes in daisy fields", bought trinkets all over the world, drove her own station wagon to scout locations, couldn’t stand airs and walked out on a Hedy Lamarr shoot, wore bright turbans and dark glasses, and was hypercritical of her own work, insisting on correcting all of her own proofs so that the colours could match her exacting standard.

“She had an innate emphasis on the female form and she really understood it; that’s why the pictures look so modern.”

She would often drive models to her home in New Jersey, a reconstructed creamery where she would pose them with props (she was formerly an interior decorator) and she rejected a job at Vogue because the magazine wanted her to photograph in a studio. Instead, she preferred shooting outdoors in natural light; the setting could range from Arizona and the Californian desert to exotic locations such as Mexico, Cuba and Tunisia.

With Dahl-Wolfe's eye, Vreeland's fantasticality, Snow's direction, and Alexey Brodovitch's magic touch for composing it on the page, Bazaar came to embody the fresh, empowering spirit of fashion in its post-war resurgence. More so than Vogue, it became a lodestone for female photographers, who are often overlooked in favour of the distinctively male giants of photography, like Irving Penn, Richard Avedon and Horst P. Horst. Dahl-Wolfe was one of many of Bazaar’s female photographers, including Lillian Bassman, Toni Frissell, Diane Arbus, Lisette Model, Karen Radkai, Genevieve Naylor, Deborah Tuberville and Sarah Moon. Dahl-Wolfe’s images were imbued with a sense of organic ease and freedom of movement that were echoed by designs of female designers Clare Poetter and Claire McCardell, who pioneered American sportswear, as well as other contemporaries such as Gabrielle Chanel, Elsa Schiaparelli, Madeleine Vionnet, Jeanne Paquin, Nina Ricci, Jeanne Lanvin and Callot Soeurs. 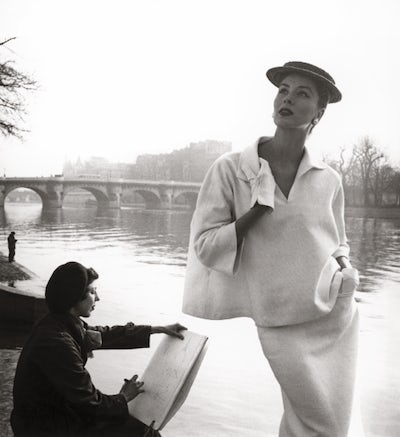 In the '30s, there were far more female designers and photographers and after the war, it became much more male dominated,” says Dennis Nothdruft, curator at the Fashion and Textile Museum. Photographic consultant Terrence Pepper points out that Dahl-Wolfe resigned from Bazaar in 1958 and photography altogether in 1960, just before fashion photography became part of popular culture, and its cast of characters became celebrities. It harks back to the age-old question of the female gaze, and just how different a female photographer’s point of view is to her male counterpart's. “Something she talked about extensively was the difference between female forms and male forms,” says Nothdruft. “She had an innate emphasis on the female form and she really understood it; that’s why the pictures look so modern.”

“Women do inevitably see other women in a different way,” says Justine Picardie, editor-in-chief of British Harper’s Bazaar. The magazine is currently celebrating its 150th anniversary, with a year-long emphasis on its history and a room in the Dahl-Wolfe exhibition dedicated to its many epochs under different editors, from Carmel Snow to Liz Tilberis. “Part of the identity of Harper’s Bazaar is to present women as independent and courageous. The essence of Harper’s Bazaar is a woman in movement, in action. She’s not a victim lying on the floor. She’s in charge of her own destiny, striving purposefully along the street or the beach.”

Picardie says that Dahl-Wolfe and the history of women behind the scenes at Bazaar was a large part of the reason she took up the job. “There’s nothing strident about the female gaze in Bazaar,” she adds. “It celebrates womanhood and sisterhood and that has a romantic aspect as well as political with a small P.” However, Dahl-Wolfe herself was never precious about photography, believing that it could never be fine art “because it is so simple.” When interviewed for a Coronet, she said “the only people you should write about are people like Einstein.”