By now, you’ve read the fashion story that travelled around the world. Industry veteran Lucinda Chambers, former fashion director of British Vogue, recently sat down with Anja Aronowsky Cronberg, founder and editor-in-chief of niche fashion journal Vestoj, and let loose on her recent exit from the Condé Nast title and some of the systemic issues plaguing the industry, from the symbiotic relationship between advertisers and publishers to the anxiety at the heart of a business rooted in “making people buy something they don’t need.” The interview, published in ‘as told to’-style, hit the internet on the Monday of Paris Couture Week, just as editors from around the world were settling into their seats at Dior.

In the piece, Chambers described how she was unceremoniously fired from British Vogue after 36 years; she also worried about where she would be seated at fashion shows — and if she would even be invited. (“Will I Get a Ticket?” became the title of the article.) In an industry where large consumer publishers are often influenced by their advertisers, she also labelled a t-shirt produced by Michael Kors, a major Vogue advertising partner, as “stupid.” She even went so far as to call the June cover of British Vogue “crap” and admitted she hadn’t read her own publication “in years.”

In sum, she made observations that were highly controversial — and yet very much in line with the kind of remarks that fashion insiders make privately all the time: in boardrooms, in the front row, over many glasses of wine during extravagant press dinners. By taking them public, she earned praise from individuals on social media looking to crack open fashion’s hard-candy exterior and prove, once and for all, that this glamorous industry is equally riddled with hypocrisy. But she also likely infuriated several companies — including her former employer, Condé Nast International — and unwittingly ended up casting a shadow on an otherwise stellar career.

But this was only the first chapter in a saga that has captivated the industry this week. Shortly after “Will I Get a Ticket?” went live on Vestoj, it was removed from the title’s website. But it was too late to stop the story from spreading. The interview, already circulating widely, was cached and screenshot-ed for all to see. Indeed, the very fact that the piece was pulled down only served to fuel the story further. The next day, the article was republished with a note from Cronberg explaining that her initial decision to take down the piece was “directly related to the industry pressures which Lucinda discusses in her interview… We created Vestoj to be an antidote to these pressures, but we are not always immune.”

Yesterday, the story took yet another twist as Cronberg seemed to buckle to pressure from legal representatives of Condé Nast and incoming British Vogue editor Edward Enninful, removing a contentious paragraph from the piece and publishing a note at the top of the article that reads: “Following the original publication of this article, we’ve been contacted by lawyers on behalf of Condé Nast Limited and Edward Enninful OBE and have been requested to amend the interview. This request has now been granted.” It seems that some of the allegations stated by Chambers in the Vestoj article may not have been fact-checked by Cronberg before the story was published.

BoF has since learned that the conversation with Chambers was originally slated for a book, not an article to appear on the Internet, but that, when consulted by Cronberg, Chambers agreed to a request to turn the interview into an online article. (Whether the final piece reflects Chambers’ comments in their entirety or an edited and condensed version of her words is not known for certain.)

On reflection, it’s difficult to understand why Chambers would say what she did to Cronberg. It seems she just did not understand the gravity of her comments, how quickly and widely they would travel, or that they would be reported and repeated by media titles like The New York Times, the BBC, The Times of London and hundreds of others around the world. Chambers has not commented publicly since the article was published. When reached by BoF, Enninful declined to comment. Condé Nast, for its part, has taken issue with Chambers’ account of how she was dismissed. The company also released a statement saying: “It's usual for an incoming editor to make some changes to the team. Any changes made are done with the full knowledge of senior management.”

Of course, British Vogue is going through a major reinvention that is much bigger than Chambers and includes a slew of departures and new arrivals. This kind of turnover at a title that is preparing for a new direction under new leadership should not be a source of surprise, especially considering the pressures currently facing legacy publishers like Condé Nast, some of which Chambers underscores in her critique.

The company could surely have managed this transition more smoothly, but for the 100-year-old British Vogue to survive for another 100 years, it must evolve. Indeed, if there is a silver lining to this unfortunate episode, it’s that some of the problems plaguing fashion media are out in the open. Publishers must not only strengthen their digital strategies, but think long and hard about how they reassert their authenticity and relevance.

Richemont sells Shanghai Tang. The Swiss company is ending its 19-year ownership of the Hong Kong-based fashion label, selling it to Italian entrepreneur Alessandro Bastagli for an undisclosed sum. It is the first sale for the luxury group in 10 years, since disposing of pen maker Montegrappa in 2007. The sale was a logical step, according to Vontobel analyst Rene Weber: “The brand was neither material in terms of sales nor of profit.”

True Religion is filing for bankruptcy. The Los Angeles-based premium denim brand, which employs 1,900 people and has 140 stores, has suffered from falling sales since 2013. A record number of apparel retailers have filed for bankruptcy in the past year, including The Limited, Wet Seal and BCBG Max Azria. A consumer shift to e-commerce is to blame, as well as a failure to keep pace with the rapid production models and low prices of fast fashion players like Zara and H&M.

QVC’s owner is acquiring the remaining 62 percent of HSN it does not already own. The deal, which values QVC at $2.1 billion, will allow Liberty Interactive Corp to fully merge HSN with the QVC network. The all-stock offer is worth $40.36 per HSN share, a premium of 29 percent to the stock's Wednesday close. The deal will help Liberty develop its e-commerce and mobile shopping platforms and improve its programming content, the company says.

Thirteen people were charged in relation to a fatal garment factory blast in Bangladesh. The boiler explosion outside Dhaka on Monday killed 13 people and injured dozens. "They have been accused of negligence and murder as they continued to operate the boiler, ignoring safety concerns," said Aminul Islam, chief of the police station investigating the incident. The blast occurred just days after leading fashion brands committed to the continuation of an accord to ensure the safety of factories in Bangladesh.

Ready-to-wear brands showed at couture week. Proenza Schouler and Rodarte joined the couture week calendar this season, after the Fédération de la Haute Couture et de la Mode established an entire day dedicated to ready-to-wear labels. As well as the prestige of showing in Paris, the addition of the ready-to-wear day reflects a shift in the fashion calendar, as more brands choose to show in January and July, when buyers have the largest budgets. Clothes bought during this period also sit on the sales floor at full price for a longer period.

Buro 24/7 partners with System. The digital media brand has acquired a majority stake in fashion magazine System. The two companies will share teams, resources and a brand identity, with Buro 24/7 moving its international headquarters from Moscow to London. "Between Buro’s digital expertise and global presence within both established and emerging markets, and System’s editorial authority, there is clearly scope to build a nimble — and entirely independent — cross-media business,” says Buro 24/7 founder Miroslava Duma. 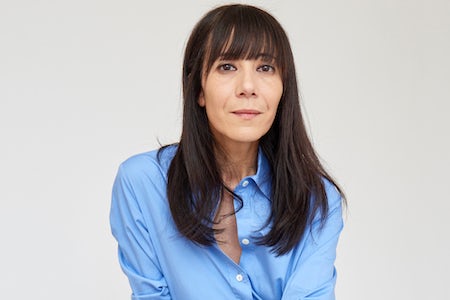 Bouchra Jarrar is leaving Lanvin. The couturier is leaving her role as artistic director after just 16 months. Jarrar succeeded Alber Elbaz, who left the brand after 14 years in October 2015 following disagreements with owner Shaw-Lan Wang. The news of Jarrar’s departure follows a series of issues at Lanvin, which reported a 23 percent fall in revenue for 2016, down to €162 million. In 2012, at the label’s peak, revenues were reported at €235 million. The company is said to have appointed an advisory firm to recommend ways to reduce the company's costs, prompting rumours of layoffs.

Karl Lagerfeld was awarded the Grand Vermeil medal. The designer was presented with Paris’ highest honour at the end of the Chanel haute couture show on Tuesday morning by the city's mayor Anne Hidalgo. The show, which took place in the Grand Palais under a replica of the Eiffel Tower, was an homage to Paris, underscoring the designer’s own relationship with the city and its significance to the house of Chanel.

Marco Gobbetti took over from Christopher Bailey as Burberry CEO. Former Céline chief executive Marco Gobbetti was announced as incoming CEO in July last year, and initially joined Burberry in January as executive chairman, Asia Pacific and Middle East, before taking the top job this week. Bailey will continue in his role as chief creative officer and now assumes the newly created role of president.

Azzedine Alaïa showed his first couture collection in six years. “Sometimes he feels like having a show,” a spokesperson for the maison told BoF, explaining Mr Alaïa’s return to the Paris couture calendar. “It is rare.” Naomi Campbell opened and closed the show, which was described by Tim Blanks “as ridiculously irresistible as ever.” The show comes as Alaïa prepares to open a 6,000-square-foot store on London’s New Bond Street, the label’s first outside Paris.