Why LVMH Fought to Buy a Milanese Café

Today, courtesy of our friends at System magazine, BoF brings you an interview with LVMH's Yves Carcelle on why the luxury goods conglomerate fought to purchase a family-owned Milanese coffee shop.

Founded in Milan in 1817, Cova’s post-Second World War move to the best corner on Via Montenapoleone has made it a cultural and geographic milestone ever since. And over the past 20 years, as the area has become globally renowned as Italy’s luxury fashion mecca, so Cova’s location has been the envy of every luxury house with its eyes on retail nirvana.

However, one particular business transaction that took place in Cova’s discreet back room scuppered such unwanted advances. Yves Carcelle, the man behind Louis Vuitton’s global success, and today still a firm fixture within LVMH, sat down with sisters Paola and Daniela Faccioli, Cova’s owners, to sign a deal in which the French luxury group would acquire a majority stake in the café. In doing so, they would commit to preserving the Cova brand and look to develop its name across the globe.

In the following conversation, Yves Carcelle explains the reasoning behind the acquisition, why LVMH weren’t the only luxury group with their eye on Cova, and why waiters and tablecloths are the essential ingredients in making it a global brand.

Why has a French luxury group like LVMH acquired an Italian café?

For LVMH, it is very important to own our own shops, but also to invest in the environment that surrounds them. In the Middle East, for example, where they’re creating gigantic malls, it’s important to offer customers high- quality stopping points, places where they can pause, meet friends and so on. When discussing with the owners of these malls, we’re able to bring a broad concept that encompasses fashion houses, watch houses, Sephora, and now a café like Cova that adds a touch of class. I’ve nothing against Starbucks but I think it makes more sense to have a Cova next door to our family of brands.

Why Cova in particular?

Its rich history, the family behind it, its location, which is the historical and geographical heart of Milan. Bernard Arnault and I felt it was important to preserve the future of Cova while examining the possibility of its development.

Was its future in jeopardy?

There were rumours going around that another brand might acquire it simply to transform it into a store. If the luxury domain cannot maintain some spaces where you can breathe, it becomes impoverished. Cova is essential to Via Montenapoleone in the same way that L’Avenue is to Avenue Montaigne.

How does one transport Cova’s context to different cities and cultures and markets where Cova means nothing?

By understanding and respecting its spirit. Selecting the right franchise partner, the right-looking waiters, the right coffee, the right patisserie chef. Paola and Daniela have the final say on those people; they’ll have to be trained in Milan for a month.

There was speculation in the press that Prada was close to acquiring Cova but at the last minute LVMH arrived with a more interesting offer...

It had nothing to do with money. It came from our desire to preserve Cova in its entirety and develop it globally.

But wasn’t that Prada’s intention too?

There has to be a winner! [Laughs] To be honest, I’m thrilled because it allowed Patrizio [Bertelli] to buy another of Milan’s leading patisseries [Marchesi] and to invest in Milanese history. Looking at things positively, I think luxury groups are today conscious of our environments and the peripheral trades.

Tell me about LVMH’s acquisition process for something like Cova.

For Cova it was a simple conversation between Bernard Arnault and myself. He asked me if I knew Cova, and I said, ‘Yes, I’ve been drinking coffee there for years.’ He said he thought it might be for sale and would it interest us?

That was the first conversation?

The first and the last [Laughs]. LVMH is already in the hotel industry, with Cheval Blanc. That played a part in our decision to acquire Cova. There is a team there with the technical savoir-faire, which we can refer to if required.

How was the communication between LVMH and the Faccioli family?

Easy. We didn’t use consultants for hours on end. With deals there’s a human aspect that plays an important role. Once we’d agreed on the objectives, we decided on the sum – each sister kept ten per cent, which they already owned, and we bought out their father’s share – then things moved fast.

There’s already a franchise opening soon in Bangkok. Why not own them 100 per cent?

It’s not for financial reasons that we do franchises. You have to deal with local produce, so you need a local entrepreneur who is totally responsible himself.

Is the development of a signature Cova product like a panettone fundamental to this acquisition? In the same way that Ladurée developed macarons...

Yes, but each global development will have its own product influences. I still characterise Cova more as ceremony than a product. Keep that spirit, keep that quality of service, keep the tablecloths...

This interview originally appeared in the Spring/Summer 2014 issue of System magazine, which includes an interview with photographer Juergen Teller, as well as pieces about Karl Lagerfeld, Donatella Versace and Bob Colacello, Andy Warhol’s ‘right-hand man.’ 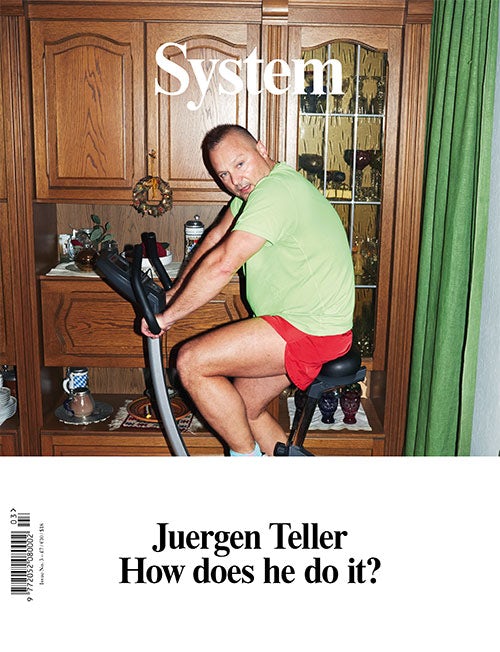