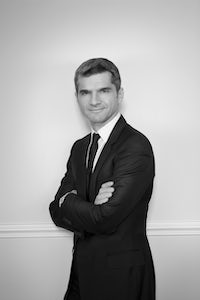 Brunschwig, who has worked at LVMH since 1995 and had most recently been in charge of running Christian Dior's menswear unit, succeeds Pietro Beccari who is taking the helm of the whole Dior business.

Paris-based LVMH, whose labels range from Dom Perignon and Ruinart champagne to watchmakers like Hublot, derives the largest chunk of its earnings from fashion and leather goods, driven by its mega-brand Louis Vuitton.

The group is rejigging management at some of its labels at a time when rivals are also gearing up for challenges, such as a greater shift to online shopping and the growing influence of a younger generation of customers.

LVMH had announced last November that Beccari, CEO of Fendi since 2012, would head up Christian Dior, while the French label's longtime boss Sidney Toledano took on a broader fashion role overseeing brands including Celine and Givenchy.

Fendi, a fur specialist also known for its colourful "baguette" handbags, has in recent years crossed the 1 billion euro ($1.2 billion) threshold in annual sales, helped by playful designs and a move further upmarket.

LVMH does not break out earnings for its brands.

Analysts at Bernstein estimated Fendi's 2017 revenues at 1.17 billion euros, and operating profit at 220 million euros, putting the label behind Vuitton and Dior by sales and just ahead of cashmere specialist Loro Piana.

Karl Lagerfeld, also the creative director of privately held French rival Chanel, is one half of the Fendi design team, along with Silvia Venturini Fendi, scion of the label's founding family.

The label, with 3,000 employees worldwide including around 400 who work in specialist leather and fur ateliers in Italy, has a network of 215 stores.

Run by billionaire Bernard Arnault, 68, LVMH has tended to rely on trusted internal candidates to manage its businesses, though it has recruited designers from outside. It recently brought back Hedi Slimane, a Dior menswear alumni, as artistic director of Celine, to boost that label.

Brunschwig, 57, will report to Toni Belloni, LVMH's group managing director, and move to Rome as Fendi's chairman and chief executive.