Wales Bonner has been awarded the LVMH Prize 2016, and will receive €300,000 and a year-long mentorship. 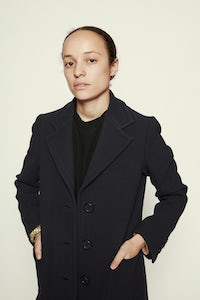 Wales Bonner has been awarded the LVMH Prize 2016, and will receive €300,000 and a year-long mentorship.

LONDON, United Kingdom — Wales Bonner is the winner of this year’s LVMH Prize. The London-based label is helmed by Grace Wales Bonner and known for its gender fluid men's collections, which feature opulent beadwork. The label will receive a €300,000 grant and a year-long mentorship from executives at the French luxury conglomerate. Wales Bonner also won the British Fashion Council's emerging menswear designer award in 2015. 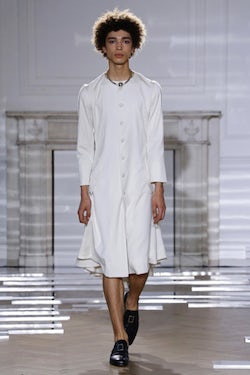 A Special Prize was also awarded to Vejas, the Toronto-based label helmed by 19 year-old Canadian designer Vejas Kruszewski, the youngest designer to ever be nominated for the LVMH Prize. He receives a grant of €150,000 and year-long mentorship from the LVMH group.

The LVMH Prize was launched in 2014. The 2014 and 2015 Prizes were both won by London-based designers: Thomas Tait and Marques’Almeida, respectively. This year marks the third time in a row the Prize has been awarded to a London-based label helmed by graduates from Central Saint Martins.

Last year, French designer Jacquemus received a Special Prize, while in 2014 two Special Prizes were awarded to Hood by Air and Miuniku.

Stay tuned to BoF for updates, including interviews with the Prize winners and Delphine Arnault.

In the Heart of the Wales Bonner Cruicible

Disclosure: LVMH is part of a group of investors which has a minority stake in The Business of Fashion.