Paris-based womenswear designer Marine Serre has been awarded the LVMH Prize 2017, and will receive €300,000 and a year-long mentorship. 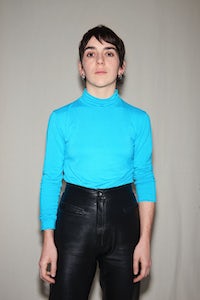 Paris-based womenswear designer Marine Serre has been awarded the LVMH Prize 2017, and will receive €300,000 and a year-long mentorship.

PARIS, France — 25-year-old Marine Serre is the winner of this year’s LVMH Prize. The Paris-based label is helmed by Belgian-French designer Marine Serre and known for her Islamic motif-infused sportswear, which she told BoF was an answer to last year’s terror attacks in Paris and Brussels. The label will receive a €300,000 grant and a year-long mentorship from executives at the French luxury conglomerate.

A Special Prize was also awarded to Kozaburo, the New York-based label helmed by Japanese designer Kozaburo Akasaka, who works predominantly with denim. He receives a grant of €150,000 and year-long mentorship from the LVMH group.

The LVMH Prize was launched in 2014. The 2014, 2015 and 2016 Prizes were all won by London-based designers who graduated from Central Saint Martins: Thomas Tait, Marques’Almeida and Grace Wales Bonner, respectively.