Mark Cross Is Launching Resale, in a Rare Move for a Luxury Brand

The American handbag company plans to launch its own resale platform, one of the first luxury brands to directly engage with the booming secondhand market.

NEW YORK, United States — Mark Cross’ box-shaped Grace bag has sped through the typical life cycle of an “it” bag since its 2014 relaunch, with blockbuster initial sales and an inevitable fade. Now, the American luxury brand sees a way to profit from fickle demand: embrace the resale market.

Starting this fall, consumers can bring in their pre-owned handbags to be authenticated and then sell them for cash or store credit. The products will then be sold on a new vintage storefront on the company’s website.

Mark Cross is one of the first luxury labels to offer secondhand products to its consumers. Resale is a part of new CEO Ulrik Garde Due’s plan to appeal to more consumers, a strategy that includes offering items at lower prices and opening stores.

Resale reached a global market size of $24 billion last year and is growing 21 times faster than retail at large. Retailers like H&M are piloting their own programs to sell secondhand clothing while The RealReal, a luxury digital consignment shop, became a public company on the Nasdaq exchange just last month. Its market capitalisation exceeds $2 billion. Neiman Marcus, meanwhile, acquired a minority stake in Fashionphile, a similar luxury resale website.

Resellers like The RealReal, Rebag and Vestiaire Collective have been competing with one another for partnerships with brands, hoping to be the platform that sells vintage on behalf of labels and woo them with proprietary data on consumer behaviour. B2B startup Yerdle has set up white-labelled resale platforms for brands like Eileen Fisher and Patagonia.

Luxury labels, however, largely have yet to capitalise on resale. Chanel, in fact, is suing The RealReal, claiming that only the storied French house can guarantee the authenticity of a Chanel handbag and not any reseller.

Mark Cross will become one of the first luxury labels to offer secondhand products to its consumers.

The exception is Stella McCartney and now, Mark Cross.

Stella McCartney pitches resale as another element of its sustainable mission. Mark Cross is looking for a second act after several previous efforts to achieve lasting success fell flat. 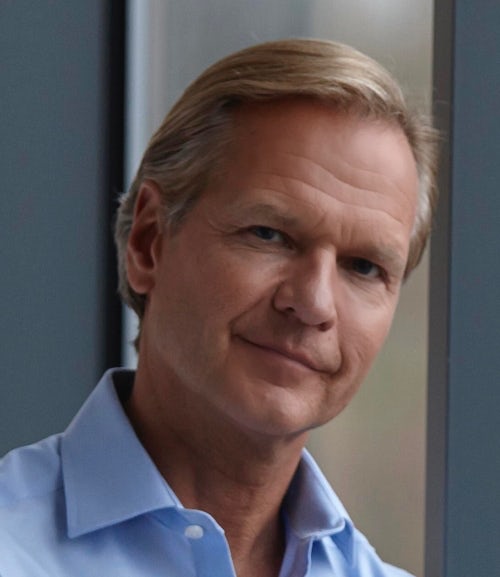 Mark Cross, founded in 1845 but became largely dormant in the 1990s, launched its first new collection in decades at Saks Fifth Avenue in 2010. It was priced between $500 and $900. Unhappy with the sales performance, then-CEO Neal Fox moved manufacturing to Italy and created a line priced at $2,500. For a while it worked: the Grace bag became a fashion week mainstay around the world and appeared on the shoulders of celebrities like Lady Gaga and Rihanna.

But over-reliance on its marquee product and a largely wholesale distribution channel eventually led to stagnation. Sales were flat in 2017 and 2018, with a revenue of about $10 million. Fox stepped down in November.

Under Garde Due, Mark Cross is expanding product offerings to include more affordable canvas products, jewellery, smaller leather goods and men’s products. The brand is also expanding to new markets in Europe and Asia.

Later this year, Mark Cross will open its first flagship store since the 1970s on Madison Avenue in New York. With a retail location and an e-commerce relaunch, Garde Due hopes that direct-to-consumer will comprise up to 50 percent of sales from 11 percent today.

Plenty of ailing brands have made similar moves. The entry into resale takes Mark Cross into uncharted waters.

“Mark Cross lacked newness,” Garde Due said. “We need to tell our story in new innovative ways and continue to educate ourselves.”

Resellers Are Courting Shoppers Away From Brands. Can They Work Together Instead?