LONDON, United Kingdom — The Savigny Luxury Index ('SLI') increased by almost 3 percent in November, while the MSCI World Index ('MSCI') slipped nearly 1 percent for the month.  From mid-November, global markets and the SLI enjoyed a strong rally on better economic news from China and hopes that the US might avoid the feared fiscal cliff. 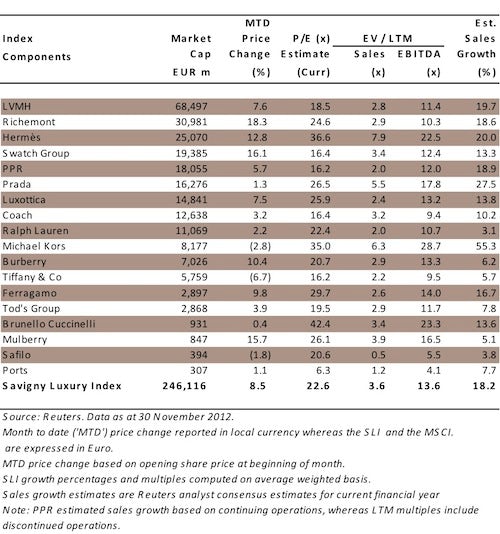