With the shifting landscape comes a new generation of brands that want consumers to feel that kinship — even love — takes precedence over selling product.

NEW YORK, United States — Gone are the days when the only goal of a company was to persuade you to buy its product. Now, making you feel kinship with a brand — even love — takes precedence.

At least, that’s what a group of influential start-ups believe. Eyewear maker Warby Parker, makeup seller Glossier, mattress retailer Casper — all of these companies are “direct-to-consumer” brands largely born on the internet. Sure, advertising has been about identity since before there was a Marlboro man. But these “digital native” retailers, known for indulgent niche products at accessible prices, have given an entirely new meaning to the phrase “brand affinity.”

From luggage-seller Away inviting customers to walk through a pretend airport security line to Seamless using its own data for a cute subway ad campaign (a Bronx neighbourhood was deemed least ideal for “making out” because residents order the most garlic bread,) digital native brands have created a new algorithm. The traditional buy-sell model doesn’t fly anymore, said Americus Reed, a marketing professor at the University of Pennsylvania’s Wharton School. Younger generations weaned on the web demand a new kind of interaction — and much more attention.

This is forcing legacy companies to play catch up on yet another front. “Retailers in the physical space are going to have to provide something that is more experiential, that is going to draw people in to hang out and do stuff,” Reed said. 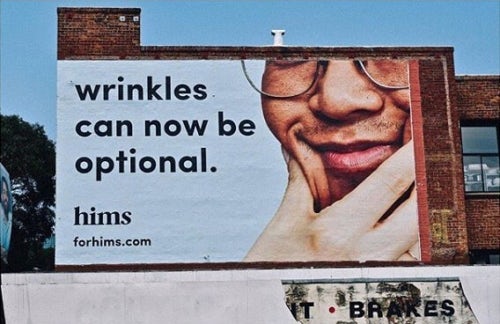 But they’ll have to move fast. Close to 7,000 physical stores were shut down by the end of 2017, according to research and advisory firm FGRT. In the same period, e-commerce builder Shopify powered over 600,000 online businesses, with 73 percent of purchasing traffic coming from mobile devices. The ability to instantly feed customer data back into a business model is perhaps the most critical change. “While these disrupter companies are obviously much smaller, they are advantaged in their ability to obtain and to use that first party data much, much more rapidly,” said Randall Rothenberg, chief executive of the Interactive Advertising Bureau.

The growth of direct-to-consumer retailers is most apparent when it comes personal products for men.

IAB notes that Gillette’s share of the US men’s razors business, for example, dropped to 54 percent in 2016, from 70 percent in 2010, while the combined US share of shaving upstarts Harry’s and Dollar Shave Club rose to 12.2 percent, from 7.2 percent, in 2015 alone. (Perhaps this explains Gillette’s audacious new ad campaign.)

For men’s start-up, Hims, founder Andrew Dudum said making a sale (at least in the short run) ranks lower than building a long-term customer relationship. Like many of his peers, the 30-year-old said he’s trying to do more than just sell products, which in the case of Hims means generic versions of Viagra and skin-care items for men. The San Francisco-based company hopes to create an “emotional trust” that will encourage men to talk openly about health issues without feeling embarrassed.

“It’s so easy to build a brand — get it live and throw up Instagram ads — that I think building a serious depth of trust with your consumers involves so much more than that,” said Dudum. “When they need something, we’re here to help them.”

It may sound a bit precious, but responsiveness with a veneer of loyalty can make a start-up stand out in a world where anyone with a phone can call themselves an entrepreneur. A company’s brand — the feeling, image or story consumers immediately recognise when they see it — is now everything. 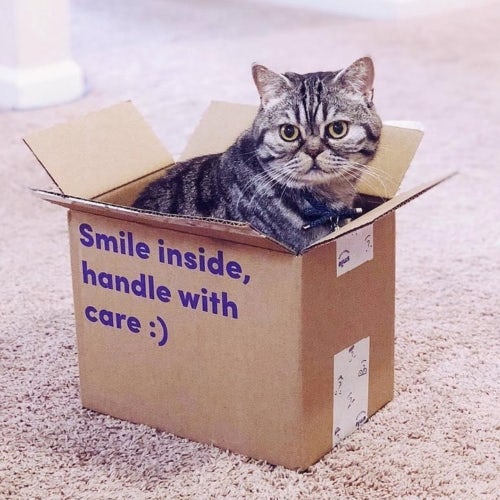 With this shifting landscape comes a new generation of branding firms​.​​​​​​ Hims brought in Gin Lane, the creative brains behind Sweetgreen, SmileDirectClub and Harry’s. The Manhattan-based firm had to build a strategy that would overcome the male tendency to remain utilitarian when it comes to hygiene. The trick was to make men feel empowered when buying health products.

San Francisco-based Hims first approached Gin Lane in June 2017 and launched the following November. The central question for the brand was, how do you stop men from buying plastic razors in a 20 pack or skulking down the haircare aisle for a package of Rogaine? The answer, it turns out, was humour.

“We wanted to be that uncle that men could feel comfortable asking the uncomfortable questions,” said Dan Kenger, digital creative director at Gin Lane. Over the course of four months, the firm drafted every little detail of the brand’s persona. This even included how the “voice” of Hims would change, depending on whether its message was on Instagram or in a text.

Hims’s play on innuendo, from cheeky cactus visuals to eggplant emojis, became a way for the company to inject humor into the men’s health space. Emojis, what Gin Lane co-founder Emmett Shine calls the “universal language of millennials” and a useful tool to break the masculine ice, also became a big part of the marketing strategy.

The secret, he said, is to take the form of a friend, with ads that converse on an emotional level. “People are expecting their brands to be more intelligent, to know who they are, to speak to them as you would expect another human to speak to you,” Shine said. 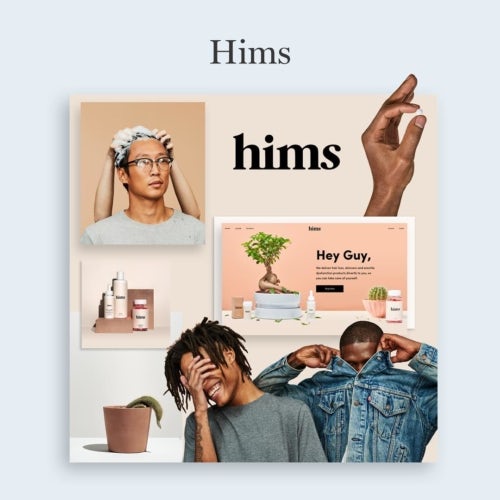 Hims now has about 60 employees and, with a line of prescription-based products and medical services in some states, a network of more than 124 licensed physicians. The company has raised $97 million from such investors as Institutional Venture Partners, Forerunner Ventures and Josh Kushner’s Thrive Capital. The latest round valued the company at $500 million, according to data firm PitchBook. And since the brand’s launch 15 months ago, the numbers show they might be on to something: Hims said it booked $1 million in sales during its first week, and that sales have climbed ever since.

“This is the playbook for the future,” Shine declared.

“Brand has become a little bit of a commodity,” said Neil Parikh, co-founder and chief strategy officer of bed-in-a-box retailer Casper, in a 2018 interview. And though Casper’s quirky-yet-lovable persona seems intuitive now, it was arguably that brand identity that helped it rise to the top in just five years. It now leads an industry that’s projected to be worth $43 billion by 2024.

“The industry had trained people that, in order to choose a mattress, you had to lie on it,” said Emily Heyward, co-founder of Red Antler, a Brooklyn, New York-based agency that was brought in to help create Casper’s brand. They decided that the only way to get people to buy mattresses online was to build a brand they connected with — and ultimately fell in love with. It’s this extra step that arguably differentiates the new age of branding, marketing and advertising from the old one.

Today, armed with $239.7 million in funding and backing from Target, Casper’s strategy extends into everything from mass-transit ads to packaging. And in true millennial fashion, the campaign includes a chatbot for insomniacs and a nap store.

Los Angeles-based Figs, which exceeded $100 million in revenue last year, said it’s the first company to try branding the previously indistinct, $60 billion medical apparel industry. And it’s gone all in, incorporating customers into every part of its image, an effort to create a “truly 360 brand experience” for its target audience, said Heather Hasson, co-chief executive and co-founder. She’s enlisted medical professionals and students as models, and its Instagram page boasts photos taken by people posing in their form-fitting scrubs. 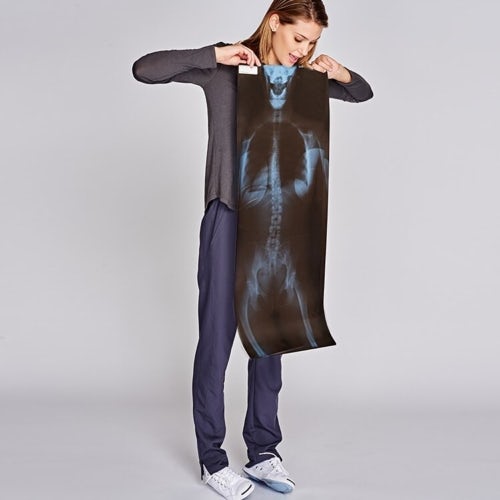 Figs “talks to their customers on a regular basis, checks in with them on social media and gets quick, direct feedback, knowing exactly what health-care professionals are looking for,” said Nabeela Khan Patail, a physician based in Manhattan. In November, the retailer even partnered with yoga-apparel retailer Lululemon to host 40 “awesome humans” — what it calls its core customers of doctors, nurses, dentists — at a week-long yoga retreat in Malibu, California. Patail, 29, was one of the attendees.

“Experiencing the retreat made me realise the company truly cared about our well-being, and their support isn’t just tied to sales of their scrubs,” she said.

Would you trust a company enough to straighten your teeth through the mail? Apparently, many do. SmileDirectClub is maybe on the cutting edge of this new branding strategy. Down to the purple packaging that says “Let’s get this party started,” Gin Lane’s Shine said he wanted to change how adults feel about wearing braces (the company first had to overcome skeptical orthodontists.)

“When you get the box in the mail, you shouldn’t feel like you have to hide it,” he said. “Let’s open it like it’s a really nice pair of Jordan sneakers and show it online and show everyone how excited you are about what you are doing.”

Instagram and Twitter have been flooded with adults sharing their crooked-to-perfect transitions, spurring hundreds of real-time comments the company pumps back into its advertising. “Branding is a two-way-street,” said SmileDirectClub chief global brand officer Josh Chapman. “It’s something that we hear, and then adjust.” The company was recently valued at $3.2 billion.

The speed of consumer decision-making demands a robust digital presence, especially if you’re going to command the attention of millennials and Generation Z, who already expect friction-free shopping in the palm of their hands. For those executives out there in 20th century retail land struggling to adapt, Wharton professor Americus Reed said they have only one person to blame.

“The brilliance of Jeff Bezos is, he taught you now to basically expect free shipping and to expect a very easy process online,” he said. “Press a button, and it shows up a day later.”