More Than an Influential Face: How Social Media Stars Are Diversifying

The influencer economy is changing and top content creators are evolving, building businesses that don’t rely on their likeness.

More Than an Influential Face: How Social Media Stars Are Diversifying

The influencer economy is changing and top content creators are evolving, building businesses that don’t rely on their likeness.

NEW YORK, United States — Chriselle Lim has been chronicling the minutiae of her day on various forms of social media since she launched her YouTube channel in 2008. A typical day of posts for the 34-year-old influencer includes posing poolside in a white maillot, a close-up of her matching white pearl hair clip and seashell earring, a link to a blog entry describing her favourite natural lubes, and a video of her four-year-old daughter Chloe playing the harmonica.

Lim could post 25 Instagram Stories per day for her 1.1 million followers, a typical volume for a top influencer who must keep their audience engaged with a carefully crafted mix of aspirational images, snippets of “real life” and sponsored content. But Lim has bigger goals that don’t involve round-the-clock outfit posts and updating strangers about her children.

Early next year will see the opening of Bümo, a co-working space for families that offers licensed childcare. Think of it as a WeWork merged with a daycare, with a dose of The Wing’s impassioned community mixed in.

“I don’t want to be in front of the camera all the time,” said Lim, who co-founded Bümo with education veteran Joan Nguyen. “I still want to do what I love to do, but not necessarily have a focus on me all the time. I always think about scalability, too. How am I going to scale this? How can I scale myself beyond [my image]?”

Content creators like Lim are leveraging their influence into businesses, and not just the usual one-off capsule collections. Among top-tier influencers, the ultimate goal is often to build fashion and beauty empires that don’t rely on their image to sell products, or even to venture into the far more lucrative world of tech start-ups.

It’s a pivotal moment for this group. In the early days of social media, bloggers could live well off of affiliate links and a few sponsored posts a month. Now that anyone with an iPhone can be an influencer, competition for eyeballs and marketing dollars is fierce.

Earlier this summer, a flurry of headlines questioned whether influencers have lost their influence. Dips in engagement and failed collaborations, such as the influencer with over two million followers who sold just 36 t-shirts, were held up as proof the influencer economy was on its way out. Instagram itself helped fuel such speculation when it was revealed to be experimenting with hiding the all-important “like” button. 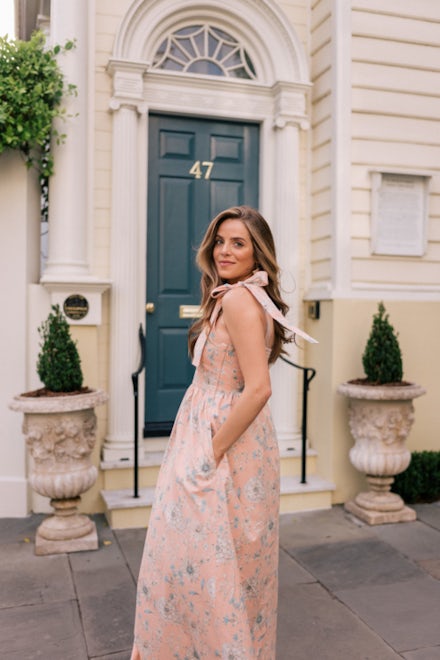 An alternative explanation is that social media marketing isn’t dying, it’s just changing. Consumers are quick to call out sponsored posts and collaborations that read as “inauthentic.” But sincerity and creativity still sell.

For many influencers, that means leaving sponsored posts behind, at least as the main driver of their income.

Julia Engel, who started her Gal Meets Glam blog in 2011, launched apparel brand Gal Meets Glam Collection in April 2018. The range did $20 million in sales that year and is on track to reach $35 million this year. She maintains an active presence on Instagram but rarely does partnerships with other brands these days.

“A lot of people … they’re assuming that if they wear it and they talk about it, it’s going to sell,” Engel said. “I think that’s the part that’s changing … assuming that your followers are going to buy anything that you put your name on.”

Rather than plastering her name on a product collaboration, attending two design meetings and then frantically promoting the line at launch, Engel’s brand is her year-round, full-time job. She makes sure that she’s not the only face of the line and has worked with influencers, models and customers to show varying body types and ethnicities.

“The fact that those women can sell a Gal Meets Glam dress speaks to the influence of the brand that is bigger than myself,” Engel said.

Lim said she’s taking lessons from a decade of blogging — creating content and building a community — and applying it to “something else that has nothing to do with me, that’s actually going to really solve a problem.” Her goal is to create a nationwide co-working concept championed by an active community of working parents.

“I love fashion and beauty, but what I truly believe in is the shift in how millennials are going to work and parent,” she said.

Danielle Bernstein of WeWoreWhat, who already has an apparel line and is launching a standalone swimwear label this fall, also wants her brands to have their own identity and followings. They should be able to succeed on their own, without her constantly promoting them.

There are true business owners and entrepreneurs, and then there’s people who just want to get everything for free

Traditional sponsored content still has its place. Companies just need to be aware that consumers understand they’re being fed ads, and expect something more than a random pairing of influencer and product.

“I think a lot of them [retailers and brands] have been burned by doing very large programs with lots of people,” said Jennifer Powell, founder of the namesake influencer management and brand building agency that counts Bernstein as a client. “You need ... to sit down and create meaningful narratives. It’s how else they can engage with the talent that isn’t just sponsored hosting.”

Bernstein said she maintains the same pace of partnerships and sponsored posts with outside brands, which continue to receive high engagement. Last spring, a collaboration with Onia generated $2 million in sales in one day. 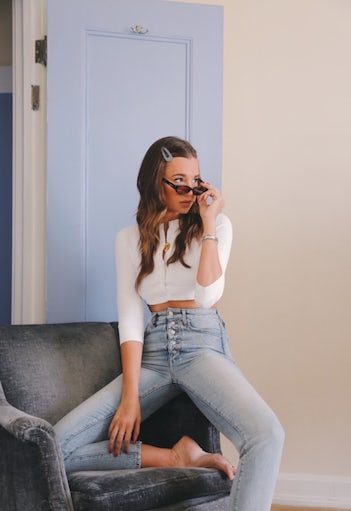 Bernstein said she breaks down the specifics of her brand partnerships to her audience, defining terms such as “licensing deals” and “sweat equity.” That way fans can understand the capacity in which she’s working with a particular brand, how the relationship came about and know whether she owns a portion of the company she’s talking about.

But even as a crop of entrepreneurial content creators emerge, many think of all influencers as one and the same.

“To group all influencers ... into one group is really unfair,” Engel said. “There are true business owners and entrepreneurs, and then there are people who just want to get everything for free."

Special Report: How to Maximise Your Influencer Strategy