The BoF community gathered in New York to hear forward thinkers inside and outside fashion discuss the challenges — and opportunities — facing the industry.

The BoF community gathered in New York to hear forward thinkers inside and outside fashion discuss the challenges — and opportunities — facing the industry.

NEW YORK, United States — One need look no further than the chaotic market in Brazil or the impending Brexit vote to know that political conflict, economic crises and social tensions all pose serious risk to a globally connected business like fashion. But how can the industry better prepare itself for issues that arise because of global instability, whether they be extreme currency fluctuations or uncertainty around the upcoming United States presidential election?

These were the questions put forth by BoF founder and chief executive Imran Amed to Coach chief executive Victor Luis at our most recent VOICES gathering, hosted on Monday, June 6, at Spring Studios in New York City with the support of principal partner, QIC Global Real Estate.

Luis, who joined the executive team at Coach in 2006 and assumed the role of chief executive in January 2014, encouraged industry leaders to think beyond short-term challenges and focus on the development, and differentiation of brands. Since Coach’s installation of Stuart Vevers as creative director in 2013, the company has worked hard to reposition itself as what Luis calls a “modern luxury” company, with a greater focus on ready-to-wear and brand storytelling. After a period of correction and the acquisition of the Stuart Weitzman shoe brand in 2015, the company reported a return to growth in its most recent fiscal quarter.

“The year-on-year impact is what everyone is worrying about,” Luis said. “At the end of the day, successful brands have a direction. Irrespective of what happens in Brazil or China or Japan, it's going to be about how we make our brand as emotional as possible. That's the key objective.”

While Japan, China and the US remain the main drivers of Coach’s global business, Luis said that the company is not entirely reliant on tourist dollars. “I don’t think anyone is marketing so dramatically to the traveling consumer,” he said. “Long term, I’m excited about the opportunities ahead of us. Think about the development that will take place. Half of the world is still living in rural areas.”

Because the industry is wrestling with macroeconomic challenges in a number of individual markets, Luis suggested that leaders need to widen their scope before taking decisive action.  "In the fashion space in general, there is increased competition, increased inventory, increased promotion," continued the executive.

When asked about heightened uncertainty impacting the fashion industry, Luis downplayed the US presidential election as a contributing factor. "I’m not sure of that. With so much competition and attention focused on pricing, consumers are looking for differentiation, and to be inspired. There has been a lull on the innovation front [though]."

It's going to be about how we make our brand as emotional as possible.

The executive also addressed how brands should think about marketing to the millennial audience, and where most get it wrong. He said that the biggest difference between past generations and Millennials — as well as Gen Z — is access to information.

“That is having a massive impact,” he said. “The amount of choices they have, the amount of information they have. I think it means that being different is more important than ever. There are more brands, and they can speak to consumers more effectively and more quickly. They don’t need to buy 50 pages of advertising in a magazine.”

For Coach, that differentiation came with the appointment of Vevers, whose creative team — including collaborator Fabien Baron — is redefining the brand in the eyes of the consumer. “There is always room, in any category, in any space, for great, differentiated product,” Luis said. “It just takes a lot of great vision, tremendous persistence, and balance between consistency and innovation. You have to have a balance.”

While the conversation covered a wide breadth of serious issues facing the industry, Luis’ clear-headed ideas offered a bit of optimism in what is a concerning time for retail, publishing and fashion in general. It was a welcome mix of both reality and positivity for the audience, which was comprised of influential industry leaders including BoF 500 members Mark Lee, Stefano Tonchi, Rodrigo Bazan, Kim Hastreiter, Mickey Boardman, Wen Zhou, Tom Florio, Ivan Bart, Julie Gilhart, Valerie Steele, Mortimer Singer, Chris Peters, Shane Gabier, Kristina O'Neill, Magnus Berger, and Julie Wainwright.

During the second half of the morning, the conversation switched gears to the ‘Fourth Industrial Revolution’, and how it will change the way we make fashion, forcing the “broken” industry to rethink its system for the digital age.

We can demand interactivity from textiles and fibres themselves.

Following the first three industrial revolutions in the 18th, 19th and 20th centuries, the fourth industrial revolution is a phenomenon happening now. Powered by a constellation of new technology innovations across the physical, digital and biological worlds, it is set to radically transform the production of goods like fashion, unleashing new challenges and opportunities for the industry.

Amed was joined onstage by Alan Marcus, head of information, communication and technology agenda at the World Economic Forum, as well as Amanda Parkes, chief of technology and research at Manufacture NY and Todd Harple, Intel’s director of pathfinding and innovation strategy.

Unsurprisingly, the discussion quickly turned to wearable technology, a medium that has been embraced by some fashion industry insiders, and reviled by others. “It seems to me that we haven’t found that killer app,” Amed noted, referring to wearable tech products’ lack of deep resonance with consumers.

But Parkes and Harple argued that there needn’t be one hit product, but instead of a series of iterative products that appeal to a whole host of sensibilities. "Fashion is the oldest wearable technology,” Harple pointed out. As Parkes reminded the audience, the jacquard loom was arguably the first computer ever produced.

“When I think about the relationship between fashion and technology in particular, the one thing I found we all have in common is magic,” Harple added. “It’s about making the invisible visible.”

But how can designers use technology in a real way beyond gadgets? Parkes emphasised the importance of education. In the future, fashion will need more material scientists and data scientists than ever. "From the design perspective, we can really start to expand functionality in a way that can really change what a garment does,” she said. “We can demand interactivity from textiles and fibres themselves.”

Technology can also address sustainability and environmental challenges. For instance, labs are developing leather-like materials with everything from pineapple to cultured animal cells. “I believe we can solve all the world’s problems with mycelium biology,” Parkes said. “The same plant can give you something that is like concrete and something that is like leather.”

To be sure, the discussion covered new territory for many of the attendees, which was precisely the point. “Our responsibility is to think about the fashion industry in a different way,” Amed concluded. “That’s why we’re doing these VOICES conversations.”

The event in New York was the latest in a series of local events leading up to VOICES, BoF's new annual gathering for big thinkers, to be held at the Soho Farmhouse in Oxfordshire between 1-3 December 2016. For more information on VOICES and to register your interest in attending or for sponsorship opportunities, click here. 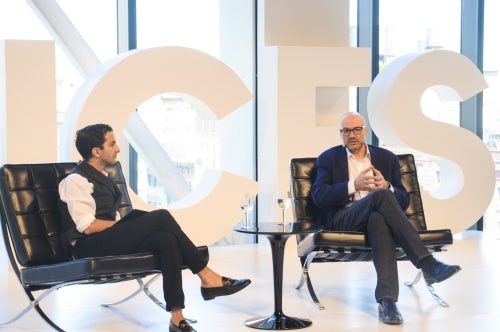 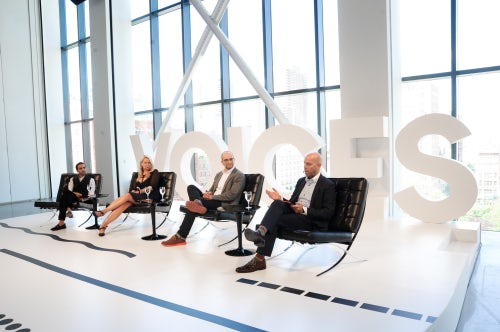 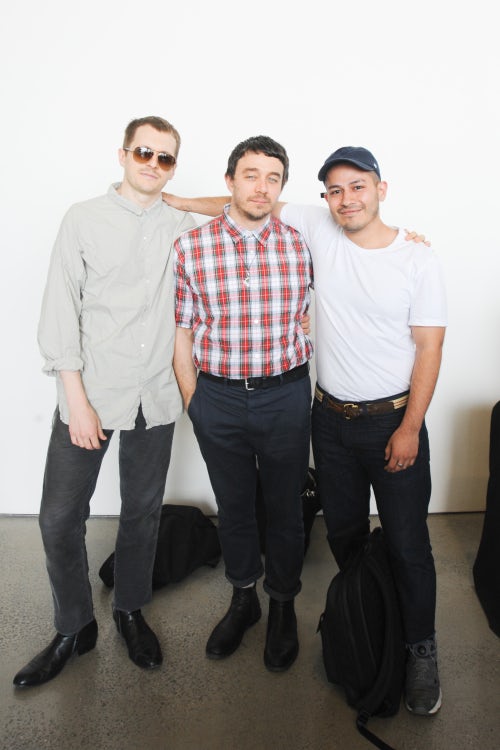 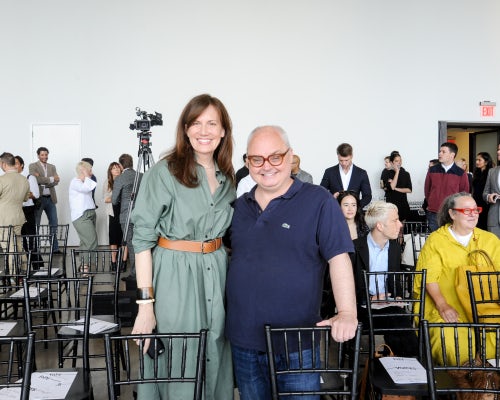 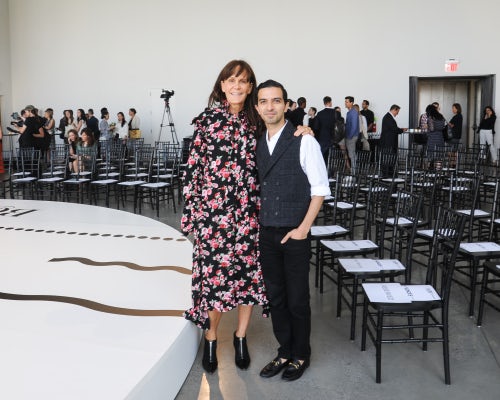 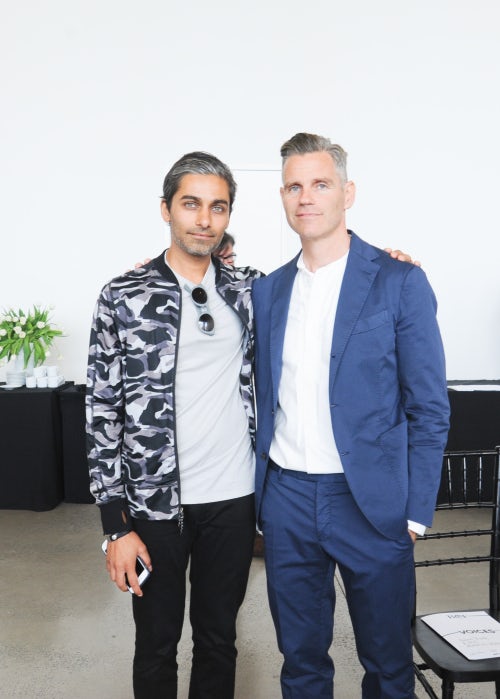 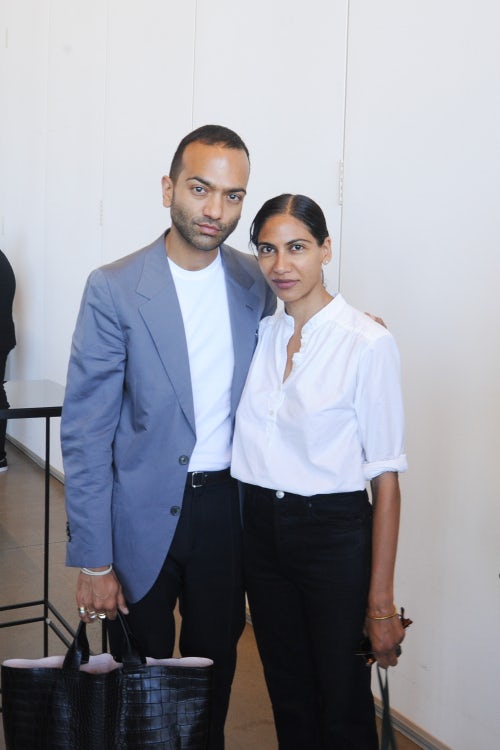 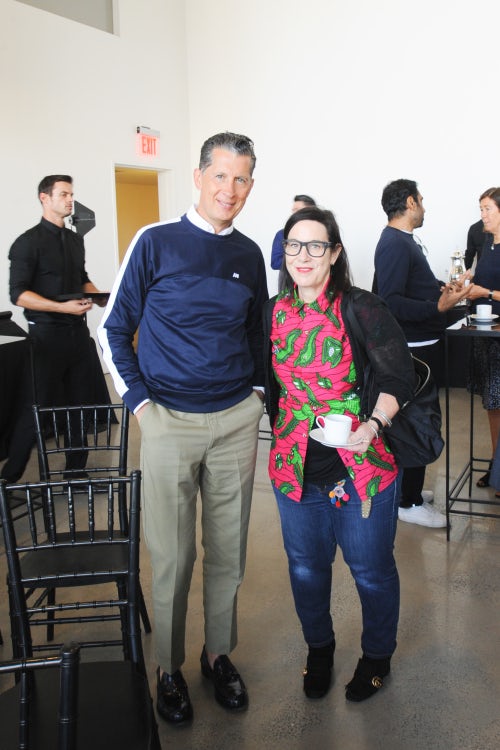