In today's News Bites, Buro 24/7 has acquired a majority stake in fashion magazine System, while ES magazine has commissioned artists including Wolfgang Tillmans and Ai Weiwei to create covers for its new issue.

Buro 24/7 has acquired a majority stake in fashion magazine System as part of a partnership that will integrate the two organisations.

The partnership is a boon for both parties, with System gaining access to the sizeable in-house tech team of Buro 24/7, the digital media brand founded by Miroslava Duma in 2011. Meanwhile, Buro 24/7 will benefit from the storytelling and fashion industry access for which System has become known.

The two companies will share teams, resources and a brand identity, with Buro 24/7 moving its international headquarters from Moscow to London. 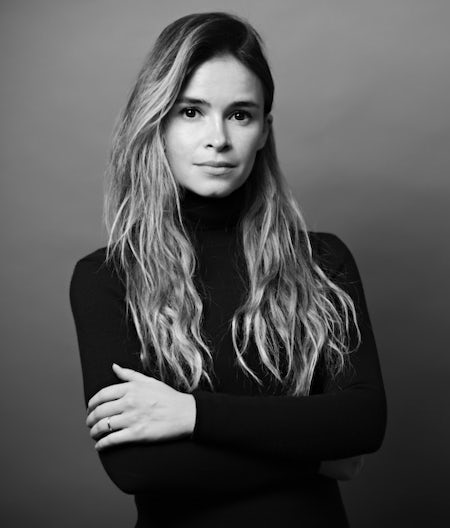 In turn, the partnership will allow biannual title System to expand its print run and distribution, further develop its Chinese edition and reach new markets.

"This decision came very organically because our skill sets and ambitions are so complementary," said Duma in a statement shared with BoF. "Between Buro’s digital expertise and global presence within both established and emerging markets, and System’s editorial authority, there is clearly scope to build a nimble — and entirely independent — cross-media business in both editorial and commercial contexts. Ultimately, it’s a win-win situation.”

“As an independent magazine with a love of original storytelling, we’re proud to have always punched above our weight; pulling off the kind of coups, exclusives and happy accidents that publishing giants pay considerable sums for," said System co-founders Elizabeth von Guttman, Thomas Lenthal, Alexia Niedzielski and Jonathan Wingfield in a statement. "This storytelling will now be told through interactive digital experiences, short films, native branded content, 10,000-word designer interviews, podcasts, social media posts — and shared with an existing global audience of millions that’s increasingly seeking original content, lively ideas and strong opinion. It feels like our black-and-white world is turning technicolour.”

The partnership rides against the industry tide of large publishing companies buying independent titles, said Duma: “In an era when media giants are acquiring the credibility of independent titles, Buro and System are consciously eschewing this David-and-Goliath approach in favour of a genuine partnership and shared vision with which to shape our future." — Tamara Abraham

ES magazine has commissioned six artists to create covers for a special issue in response to the recent Grenfell Tower tragedy and terror attacks in London, as well as the anniversary of the July 7 bombings in 2005.

“At the very core of what we do every week is to celebrate London, so I wanted to celebrate the resilience of people that live in the city,” says Laura Weir, editor of ES, who persuaded the artists to contribute. “I was really inspired by the stories that were coming out of Borough and Grenfell to see how Londoners were coming together and use these tragedies for positive change.

The issue also contains content relating to recent events, such as a photographic essay by Charlie Kwai on the inhabitants of the city; food writer Grace Dent returning to El Pastor, the restaurant at the heart of the Borough Market attack; as well as a guide to “how to have fun and give back” in the city.

I wanted to celebrate the resilience of people that live in the city.

The issue also marks two years since the arrival of Weir at the publication, where she joined from the fashion features desk at British Vogue. “Joining the magazine, I put an impetus on aesthetic,” she explains. “I wanted it to be aesthetically beautiful because I know that today people have great taste and there’s no reason why a weekly supplement can’t be as beautiful as the monthly style titles.”

As fashion magazines become increasingly active in covering political and social topics, it raises the question of how such content affects relationships with advertisers. Weir stresses that the dynamic is changing. “On a macro level, brands are increasingly so clever about how they speak to their consumers and they want to be positioned in titles that have that dialogue and connection with the reader,” she says. “This talks to our reader and allows us to have a stronger connection to them. Brands want to spend money with titles that have an emotional connection with readers.” — Osman Ahmed 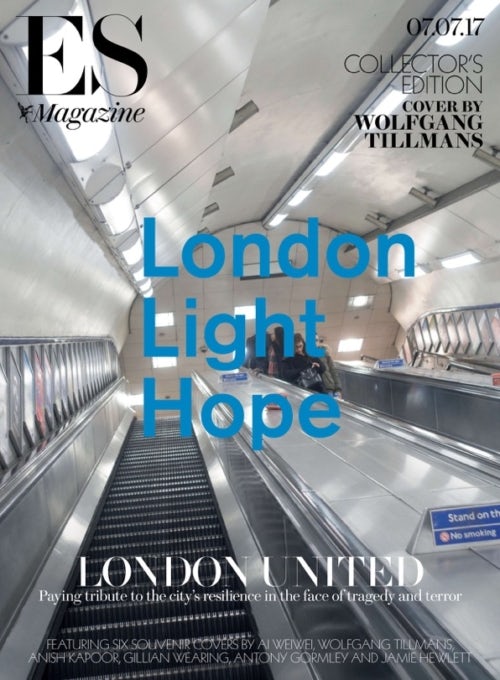 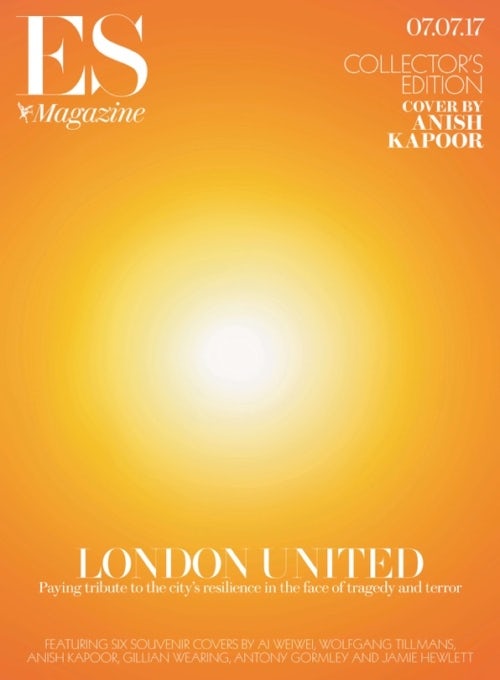 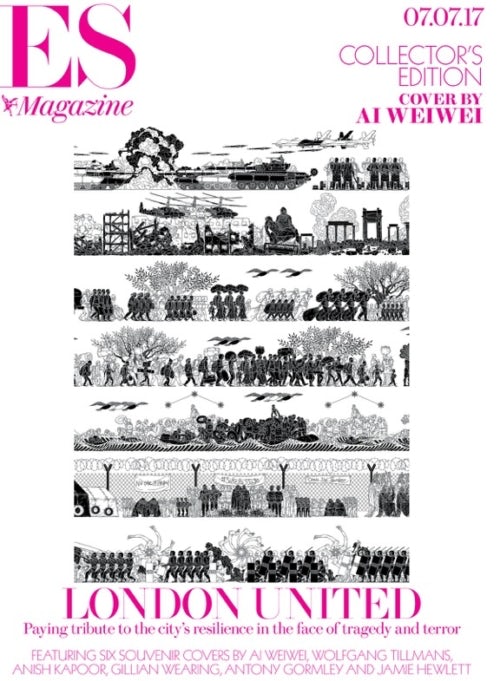 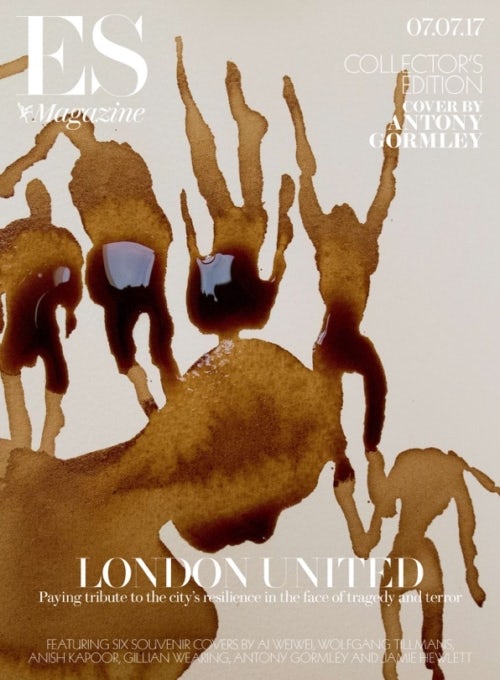 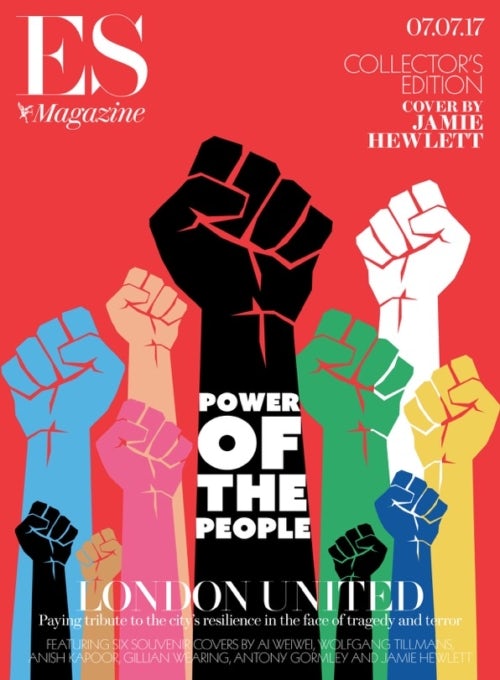 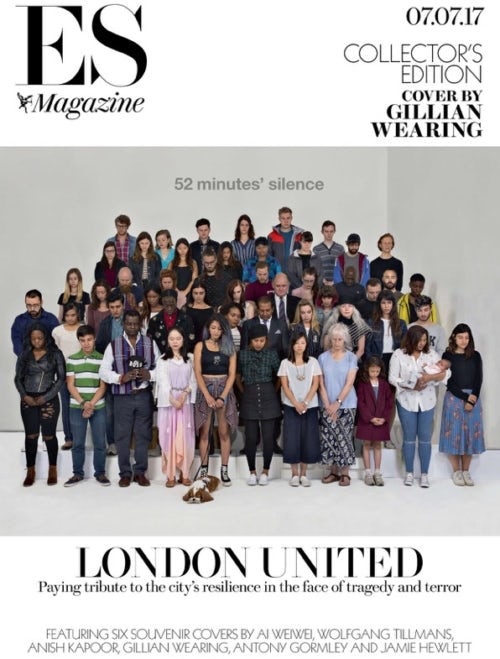