It was another turbulent week for Nike. Five more executives exited the world’s largest sportswear player as part of a sweeping investigation into workplace behaviour. The American giant is grappling with widespread allegations of harassment and discrimination against female employees, some of whom have described the company’s culture as toxic.

The latest departures brought the number of senior managers leaving Nike to eleven. They include top-level executives like Trevor Edwards, president of the Nike brand who was a leading candidate to succeed Nike chief executive Mark Parker, and Jayme Martin, Edwards’ deputy, who oversaw much of Nike’s global business. While Nike has been quiet on the details of the departures, Edwards and Martin are said to have protected employees who demeaned female and foreign employees.

“I apologise to the people on our team who were excluded and I apologise if some of those same people felt they had no one to turn to,” the Nike chief said at a company-wide meeting last Thursday. “I want everyone at Nike to know their voices do matter and your bravery is making us better.”

It’s too soon to fully understand the scope of the crisis and its possible ramifications. But the revelations are certainly at odds with the core values of a company long admired for aligning itself — and its marketing mantras — with diversity, equality and empowerment.

Whether consumers care is another matter.

News stories on the scandal began appearing in mid-March, but it wasn’t until mid-April, when three Nike executives — Vikrant Singh, Daniel Tawiah and Antoine Andrews — all left the company at once, that consumer perception of the brand dropped, hitting a low for the year to date, according to YouGov, a market research and opinion polling firm. The negative impact was short-lived, however, and Nike’s brand perception has since been relatively healthy and stable.

Still, women are important to Nike’s future — the company aims to grow its women’s business to $11 billion in annual revenue by 2020, nearly double the $6.6 billion it generated in fiscal 2017 — and on the surface, the timing of the scandal couldn’t have been worse: in early March, just days before news of the first executive departures broke, Nike announced efforts to better connect with female customers, promising more sneaker designs for women and new female-friendly retail concepts. Yet, over the last two months, Nike has seen little impact to its brand perception with women consumers. Indeed, women have consistently had a more favourable view of Nike than men, according to YouGov.

“At the end of the day, the customer cares about how good and how cool the product is,” said Sam Poser, a research analyst at Susquehanna Financial Group. “We are paying attention to the internal changes at Nike, but I don’t know how many kids have this on their radar,” he added, referring to a market that is driven in large part by young consumers.

Of course, Nike is also one of the world’s strongest — and therefore most resilient — brands, placing ahead of Louis Vuitton and H&M to top the list of fashion and apparel companies ranked by Interbrand in 2017.

What’s more, much like credit card data theft, where early instances were damaging for associated brands but subsequent occurrences drove weaker reactions, consumers may be getting less sensitive to the workplace misconduct scandals that have swept corporate America in the last year.

So far, investors have not changed their calculus on Nike and the stock price has remained stable. Many credit Parker for how swiftly he has responded to the crisis, dismissing senior executives within days.

But speed also has a downside. Rapid unplanned management shuffles are challenging for any organisation and the exodus of experienced executives like Edwards, a 25-year Nike veteran, is sure to result in operational disruption and put a strain on the company’s ambitious plans to hit $50 billion in annual revenue by 2020, up from $34.4 billion in fiscal 2017.

“A number people have left recently and those people were highly positioned in the organisation,” said Poser. “There is an exceptionally deep bench at Nike. There are a lot of key leaders left and they are putting other people in place of those who have left, but there is still going to be an enormous learning curve.”

Nike was already under attack from German arch-rival Adidas, which has employed a strategy rooted in speed, cities and open source to win cultural credibility with young consumers. “We have a neutral rating on Nike because even prior to all of these management changes, we felt that they were having trouble balancing scale and scarcity to keep the brand cool,” added Poser. “Now with all of the senior people who have left, it makes me question how well they can strike that balance even more so.”

The scandal is also inevitably eating into executive headspace and could become a long-term distraction that takes attention away from other priorities. Every minute that Parker and his team are focused on workplace culture is a minute they are not spending on other elements of the business. At a critical time in Nike’s history — with aggressive growth targets to hit and sophisticated, fast-moving competitors to fight off — this is cause for concern.

And while Nike’s consumer brand may be strong enough to weather the short-term public relations storm, the company faces the prospect of longer-term damage to its employer brand, diminishing its ability to attract top talent.

Women, in particular, may have a reason to stay away — just as the company was making efforts to recruit more female employees to its marketing and design functions. But few people — men or women — want to join a company in upheaval.

A talent crisis, together with a senior executive void and new leadership learning curve, could impact the company’s innovation engine, threatening its product pipeline at a time when the market demands greater newness, novelty and speed than ever before. 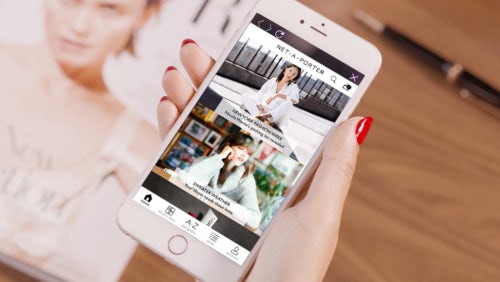 Yoox Net-a-Porter on track for de-listing. Richemont — which already owns 25 percent of YNAP — in January offered up to 2.8 billion euros ($3.32 billion) for full control of the retailer. Nearly 94 percent of the shareholders targeted by the offer — or around 70 percent of YNAP's share capital — accepted the bid by its deadline, taking Richemont's stake in the company to just above 95 percent.

Valentino says no plan for IPO. The Italian fashion house has confirmed there are no plans to list the company, after rumours of an IPO planned for late 2018. In a statement, it said 2017 revenues rose 7 percent at constant exchange rates to 1.16 billion euros (£1.02 billion), while core earnings fell to 190 million euros from 206 million a year earlier.

Adidas expects 'normalisation' in 2018 after strong growth. Chief executive Kasper Rorsted reiterated a target for sales to grow around 10 percent this year, down from 16 percent in 2017. The executive also expects a shift in its sourcing of footwear from China to Vietnam to continue. Factories in Vietnam produced 44 percent of Adidas footwear volume in 2017, up from 31 percent in 2012, while Chinese suppliers made 19 percent, down from more than 30 percent in 2012.

Fast Retailing to debut Uniqlo store in India. The Japanese company’s opening of a New Delhi store in the autumn of 2019 has been long in the making. Tadashi Yanai, Fast Retailing’s founder, had sought access to the Indian market as far back as 2011. The retailer's entry will follow Zara and H&M in an apparel market that’s forecast to grow 29 percent to $56 billion by 2021.

L Brands' shares fall after profit warning. The owner of Victoria's Secret said first-quarter earnings would be at the lower end of its previous guidance range and that sales in the Victoria’s Secret Pink business were negative for a second consecutive quarter. The news sent shares, which are already trading at seven-year lows, down as much as 10 percent.

JD.com misses profit estimates. The online shopping giant reported quarterly profit that fell short of analyst expectations, as it ramps up the construction of physical shops and warehouses amid rising competition from Alibaba. Adjusted earnings-per-share were 0.71 yuan (11 cents) in the three months ended March. While sales rose 33 percent to 100.1 billion yuan, it was the slowest growth on record.

Burberry sues Target for copying its plaid pattern. In a suit filed in New York’s Southern District Court, the British heritage fashion brand accused Target of “repeated, willful and egregious misappropriation of Burberry’s famous and iconic luxury check trademarks.” The company owns the trademark of the check pattern and has sued companies like J.C. Penney in the past when they’ve tried to use it. 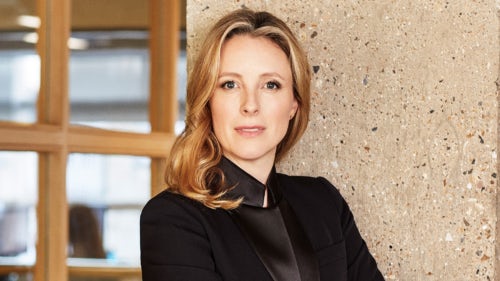 British Fashion Council names new Chair. Stephanie Phair, chief strategy officer at Farfetch, has been appointed as the new Chair of the BFC, succeeding Net-a-Porter founder Natalie Massenet, who stepped down in December 2017 after five years in the role. The appointment will be formalised at the July 5th board meeting, with an initial three-year commitment.

Angela Ahrendts joins Ralph Lauren board. The company plans to add the Apple senior vice president of retail to the board, along with Michael George, president and chief executive of Qurate Retail. Ahrendts will be nominated at the annual meeting of stockholders in August, while George assumed the role effective May 9th.

Albert Frere is selling his entire stake in Burberry. The Belgian billionaire's Groupe Bruxelles Lambert is selling its Burberry stake of about 6.6 percent through a private placement, after a period of management upheaval at the British fashion house. The move would allow GBL to pursue new investments and rebalance its portfolio, it said in a statement.

Instagram launches payment for commerce. The app has added a native payments feature for some users, who can register a debit or credit card as part of a profile, set up a security pin, then start buying things without ever leaving Instagram. Not having to leave for a separate website and enter payment information when users want to purchase something could make Instagram a much bigger player in commerce.

Meili seeks $500 million in IPO. The Chinese fashion e-commerce firm is seeking an IPO in New York for the second half of this year, according to sources. Meili was created through a 2016 merger between online fashion retailer Meilishuo and rival Mogujie. The company was valued at around $3 billion at the time of the merger.