In a new chapter for the brand, the Dutch design duo will head up the luxury house’s women’s ready-to-wear line, debuting their first collection for Pre-Fall 2019. 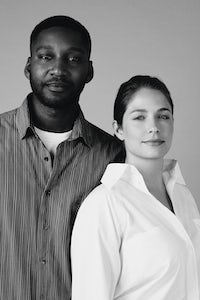 In a new chapter for the brand, the Dutch design duo will head up the luxury house’s women’s ready-to-wear line, debuting their first collection for Pre-Fall 2019.

The Puig-group owned Parisian label has tapped Dutch design duo Rushemy Botter and Lisi Herrebrugh as its new creative directors, effective immediately. They succeed Guillaume Henry — who exited the brand in March after just three years at the creative helm — and will oversee the luxury house’s women’s ready-to-wear line. Botter and Herrebrugh will debut their first collection for the house for Pre-Fall 2019, but will present their vision formally next March at Paris Fashion Week for Autumn/Winter 2019.

Their appointment marks a new chapter for the brand, providing it with a more contemporary fashion aesthetic. The pair has garnered much industry buzz of late, recently winning the Première Vision Grand Prize at Hyères Festival and qualifying as finalists in this year’s LVMH Prize. Charlotte Tasset, who was named general manager of fashion and fragrances shortly after Henry’s departure, said their arrival will “give birth to the new Nina Ricci woman.”

Botter studied at the Royal Academy of Art in Antwerp, which has produced talents such as Kris Van Assche and Demna Gvasalia. Upon graduating, he launched his namesake menswear line with Herrebrugh. The team is relocating from Antwerp to Paris in September with their menswear label Botter.

“We are very honoured to be a part of this fantastic project,” Rushemy and Lisi said in a statement. “We feel very inspired by the fresh, feminine and subtle codes that make Nina Ricci such a beautiful ode to femininity.”

Puig, a primarily fragrance-focused business, has recently been making a stronger play for fashion. Back in June, the Spanish group acquired a majority stake in Dries Van Noten, one of few fashion companies for which ready-to-wear is a major revenue driver (according to market reports, it accounts for over 90 percent of sales).

Nina Ricci: A Play of Opposites