Adam Selman Leaves the Runway for the Gym

The designer’s ready-to-wear line was much talked about, but wasn’t selling. So he’s closing it and trying again in a new category: athletic wear.

Adam Selman Leaves the Runway for the Gym

The designer’s ready-to-wear line was much talked about, but wasn’t selling. So he’s closing it and trying again in a new category: athletic wear.

NEW YORK, United States — Adam Selman, the independent New York designer known for his playful namesake line and for the many custom pieces he has created for Rihanna since 2011, is saying goodbye to sportswear and hello to sports.

Selman, runner-up at the 2016 CFDA/Vogue Fashion Fund, started his self-funded line in 2013. (At that point, he was already known working with Rihanna, as well as Britney Spears and Michael Jackson while working as a design assistant for Zaldy.)

Selman quickly established his own point of view on the runway, combining a rockabilly femininity and a cheeky celebration of Americana that turned him into a New York Fashion Week favourite. He also cultivated a base of It-girl fans and famous friends who publicly supported his brand, ranging from pop singer Dua Lipa to comedian Amy Sedaris, a longtime private client. 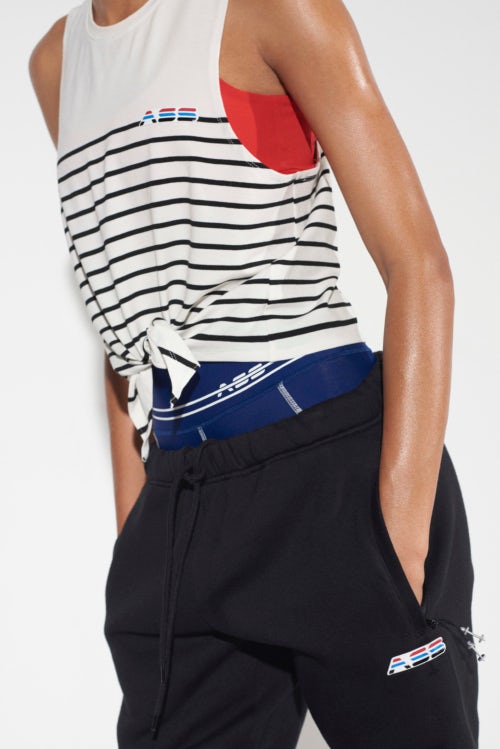 But despite the accolades from the industry and the press coverage that comes from working with a star like Rihanna, Selman’s business stagnated, reaching $700,000 in sales in 2017. Sell-throughs were high, but wholesale orders were shrinking. So when his Autumn 2018 collection didn’t hit his sales target with buyers, the designer told BoF he decided to chase a different audience: the rapidly growing athleisure market.

This week, Adam Selman Sport (A.S.S.) will debut on Net-a-Porter before hitting Nordstrom, Selfridges, Harvey Nichols, Kith and other retailers in the US and UK, as well as his own e-commerce site.

Athleisure is a fast-growing market. The category captured nearly a quarter of apparel sales in the year ending June 2018, according to retail analysts NPD Group. It’s also a crowded one, with Nike boosting its efforts to chase female consumers and designers like Victoria Beckham and Stella McCartney linking up with big players like Reebok and Adidas. That’s not to mention the digital brands that have cropped up in recent years, including Outdoor Voices and Girlfriend Collective.

With A.S.S., Selman said he’s targeting what he sees as a gap in the athletic wear market between solid black basics and “lots of straps and funky” pieces he saw women wearing at Barry’s Bootcamp and other boutique fitness classes. He is also incorporating some stage performance secrets he’s learned over the years, like hidden layers and linings, and will offer a wider size range, 00 to 20.

Based on wholesaler’s orders of his spring and summer deliveries, Selman projects the line of leggings, sports bras, sweatshirts and T-shirts, most priced under $200, could generate as much as $3 million to $5 million in sales in 2019, more than his total sales from ready-to-wear combined.

The move has been years in the making for Selman, who did not present a Spring 2019 collection last fall.

“If you take time in this industry, people look at it as a bad thing, like you’re crumbling or you’re failing,” he said. “Actually, this is the best thing that I could have done for my brand.” 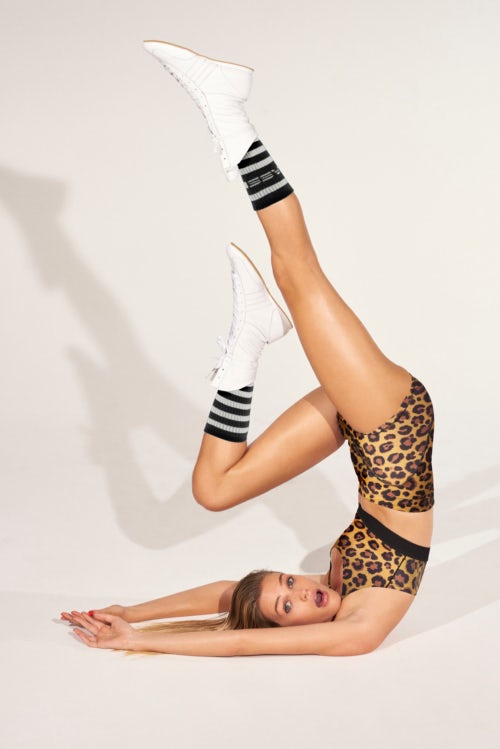 Selman described the way shopping preferences have changed bluntly: customers spend their money on vacations, special occasions and working out.

“If I can tap two of those markets, it would be incredible,” he said. His sunglasses collaboration with Australian eyewear label Le Specs will continue through at least 2020. But he plans to continue his streak in sunglasses and add swimwear as a category in the future, too.

In recent years, many independent American designer brands have been squeezed to the brink of closure, facing competition from the major luxury groups on one side and fast fashion on the other. Meanwhile, e-commerce has hindered the department stores and boutiques that were long the American designer’s most important partner.

Selman said one problem with his ready-to-wear line was that the cycle of reinventing his brand every six months for a new runway season meant that individual collections didn’t have time to catch on with the general public.

A collaboration with Le Specs on a line of “Lolita”-style sunglasses made that point clear to him, he said. The first style hit the market in 2015, but became a sellout hit in 2017 after celebrities like Gigi Hadid and Rihanna made the silhouette a mainstream trend.

“It proved to me that time is the most important thing in this industry,” said Selman. “People need to be reminded… Then people catch on and [think], ‘Oh, that’s how I translate it into my own wardrobe.”

By targeting a specific category now, Selman is also betting retailers will have an easier time placing A.S.S. than they did with the ready-to-wear line.

“[Adam Selman] wasn’t a contemporary idea, but it was a contemporary price point,” he said. “People got confused about where to put it in their store. That was a big lesson.”

Selman was also hindered by the fact that he didn’t have a clear hero product that drove the majority of sales or awareness for the label. 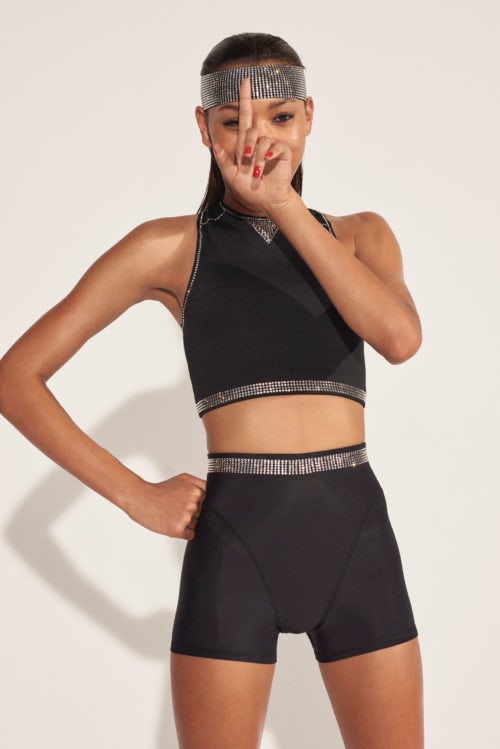 “There are only so many times you can wear sheer pants,” he said, referring to one of his signature pieces.

It helps that Selman doesn’t have pressure from investors, even though he’s had to be scrappy and call in a lot of favours over the years to grow his business. Both his ready-to-wear line and Adam Selman Sport are self-funded with the help of friends. He is for the first time working with a factoring company, which provides credits for designers to fulfil wholesale orders. And he is also still consulting on the side for different brands behind-the-scenes, as well as maintaining his relationship with Rihanna (his partner Met Ottenberg, the new creative director at Interview magazine, is still her stylist) and other private clients.

Bringing down his price point — which went as high as about $2,300 with the ready-to-wear line — and bringing up his margins was a priority for Selman, and reason to get into the athletic category. Now he is doing most of his manufacturing in Asia (before he was producing pieces in New York and Los Angeles as well as Asia) and he is investing in fewer types of fabric that he can use over multiple seasons.

But right now, Selman is focused on the launch of the line, which he will celebrate with A.S.S. fitness classes in Los Angeles, Dallas and New York in January and February and San Francisco and London in March, when the second delivery is released. Net-a-Porter had never picked up his ready-to-wear line before, and neither had Dallas boutique TenOverSix.

“With Adam Selman, I had been chasing them for years, and with this they got it instantly,” he said.

The retail response has emboldened his decision to dive into the competitive athletic market. “With this pivot, I would rather be ahead of something as opposed to hearing about how we’re in so much trouble,” he said. “I wanted a new challenge. I wanted growth.”