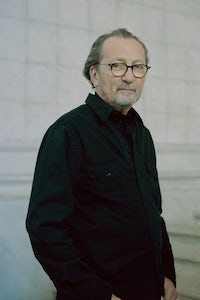 MILAN, Italy — Paolo Roversi never seems to be in a hurry. A bespectacled, soft-spoken gentleman with piercing blue-green eyes that look both inquisitive and dreamy, the legendary lensman takes time to express his thoughts just as he slowly and carefully adjusts the elements in his pictures. “I am not interested in the everyday or the commonplace. They carry no emotions for me,” says Roversi — a master of the dreamy, the fantastic and the ethereal — sitting unfazed on a tiny red velvet sofa as a hubbub of activity vibrates around him.

We are in the sumptuous Appartamenti del Principe on the top floor of Milan’s Palazzo Reale, where Roversi is installing “Paolo Roversi, Stories,” the centrepiece of the second Vogue Photo Festival — curated by Alessia Glaviano, the photo editor of Italian Vogue — which during the tenure of Franca Sozzani became a platform for boundary-pushing image-making, an approach continued under the magazine’s current editor Emanuele Farneti. 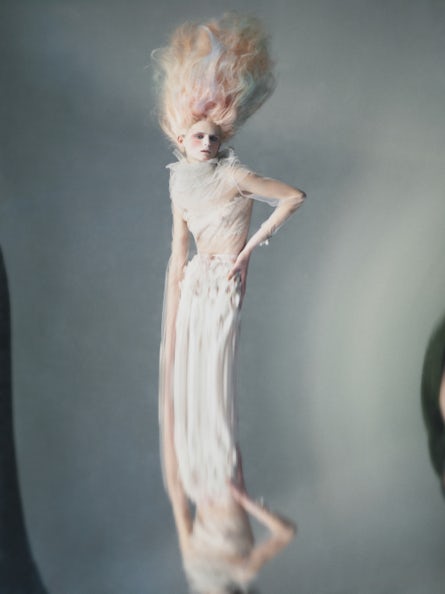 "Every picture is for me a little story in itself," continues Roversi. Hence the show’s title — and its peculiar set-up. The nine rooms of the apartment, each one different from the other, all delightfully decorated with intricate tapestries, gilded stuccoes and marble floors, each contain different photographic selections, including a full series of unpublished portraits of Rihanna — outtakes from an album cover shoot. Together, they highlight both the wide-ranging expression and the striking consistency of Roversi's oeuvre, characterised by a strikingly pictorial sensibility drenched with a classic sense of beauty.

"My passion for photography started by pure chance when I was barely out of my teens during a trip to Spain. At the time, I was far more interested in words and poetry," recalls Roversi. Soon after turning to photography, he built a darkroom in the basement of his house and later opened a portrait studio in his hometown Ravenna, a seaport jewel in the provinces of central Italy with deep historic links to the East, as exemplified by the opulent Byzantine mosaics and the orientalist architecture of its Sant'Apollinare church.

The mention is not mere art history fuss: the peculiarity of the local art, and even the local light, clearly made a deep aesthetic imprint on the young Roversi. "I did not work hard or stubbornly to develop my photographic signature. It organically emerged by itself, and I see it as profoundly Italian,” he says. “My soft strictness and my asceticism are Italian. My spirituality is Italian. The luminosity is Italian. This all happened with no rational elaboration. An artist simply feeds himself with what he sees around. The more this nourishment is unconscious, the deeper it gets.”

Surprisingly, Roversi began his career in documentary photography. His first assignment — covering Ezra Pound's burial in Venice in 1972 — was for the Associated Press. But Roversi decamped to fashion in the mid-seventies after an invitation to Paris from Elle magazine art director Peter Knapp and soon after developed a hazy, surreal style that's as far from documentary as it gets.

I don’t care about the millions of pixels of a digital image. I'm interested in the primitive photographic process: the image appearing like a ghost.

Largely devoid of props and distractions, Roversi’s images ooze lasting power and magnetic softness. The subject is invariably right at the centre of the crop, bathed in light and suffused with an impalpable aura. The effect is mysterious, spooky even, as if his women — he clearly likes them more than men — were emerging from a parallel dimension, or the foggy recollections of a quickly vanished dream. There are narrative streaks through his work, without the pictures appearing cinematic. Classic Italian paintings are a constant reference.

In the Milan exhibition, a series of portraits of model Gemma Ward, which occupy a whole wall, pay homage to the Renaissance master Antonio del Pollaiolo. "I do not like superficiality, but I try to look at what's behind the subject,” explains Roversi. “Photography for me is not representation, but the revelation of another dimension. By using the camera, I touch lightly on another life, opening the door to a different world.”

Indeed, Roversi’s work opens doors to worlds wide and varied. Whilst remaining true to his aesthetic, he has published stories everywhere, from Italian Vogue, where Sozzani was an early champion, to the edgy London style bible i-D. “I love adapting my style to the publication I work for and I enjoy the challenge of dialoguing with strong and opinionated fashion editors," says Roversi.

Yet, no matter where they appear, Roversi’s pictures always manage to look both of the moment and timeless, retaining the magic of old-school daguerreotypes. Roversi is aware of his double-edged relationship with time, which he ascribes to the peculiarity of photography itself. “The time of pictures is a suspended one: once you capture a moment, the moment is gone, but it is also trapped on the surface of the photo,” he says.

In 1980, Roversi started using the 8’ x 10’ Polaroid format that would become his trademark. In part because of the large format camera he favours, Roversi has always preferred working in the studio. Slowness is also very important to him, which is probably what sets him apart in a fashion world of fast-passing fads. His studio on the Left Bank of Paris, aptly called Studio Luce, is a Forties building that recalls an old artist atelier.

“I work like all painters do: with the light that comes from the window. I prefer subtracting to adding: I do not want anything around my subjects in order to magnify the person. For me photography is a very intimate act and, in my studio, this happens at my own pace," he says.

"Working with fashion is wonderful because image-making can be absolutely and completely creative and removed from reality,” he continues. “It is about fantasy, fabric, invention. In order to work, however, a fashion photograph must function in two ways: it has to be the portrait of a woman wearing a dress, but also the portrait of a dress worn by a woman.”

This might explain why, in its hazy low resolution, a Roversi picture never really revolves around the latest fashions — or never gives unnecessary relevance to them. It is the enduring power of the imagination that comes through. This is particularly striking in his commercial work. 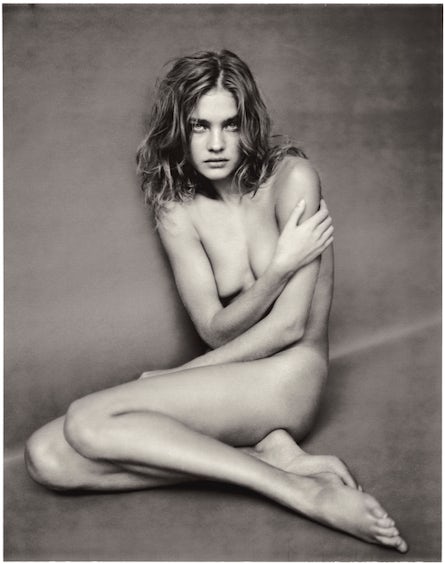 The soft take on masculinity of Nino Cerruti in the ’90s, as well as Romeo Gigli's sense of multicultural poetry around the late ’80s, would have never been as convincing without Roversi. "I’ve had the privilege to work with some of the best designers in the world. Creators such as Rei Kawakubo or Yohji Yamamoto are a constant source of inspiration for me. I love going to their shows, immersing myself in their worlds," he enthuses. Roversi’s next commercial project will tap the Dior archives, turning his lens on Mr Dior’s original 1940s and 1950s pieces animated by new young models.

In recent years, Roversi has started working with digital cameras. "It's important to be open, technically,” he says. “I've had the best teacher in this sense. The British photographer Lawrence Sackmann took me on as his assistant in 1974. He was very difficult. Most assistants only lasted a week. But he taught me everything I needed to know in order to become a professional photographer. Sackmann taught me creativity. He was almost military-like in his preparation for a shoot. Yet he used to say: ‘Your tripod and your camera must be well-fixed but your eyes and mind should be free.’”

That said, Roversi is critical of most digital photography. "To be honest with you, I don’t care about the millions of pixels of a digital image. I'm interested in the primitive photographic process, in the image coming out of the dark and appearing like a ghost. The process of exposure to light is carved in my consciousness."