LONDON, United Kingdom — It’s not the paralysis of nostalgia speaking, those years when the Eighties shaded into the Nineties really were a Golden Age for fashion. People compared it to Hollywood in the Thirties and Forties, and, however much the analogy has been run into the ground, it still holds up. Instead of producers, think editors, underwritten by deep-pocketed advertisers, rather than studios. Instead of a glittering star system, there were now supermodels. And where once visionary directors held sway, there was a handful of photographers creating images to galvanise the popular imagination. 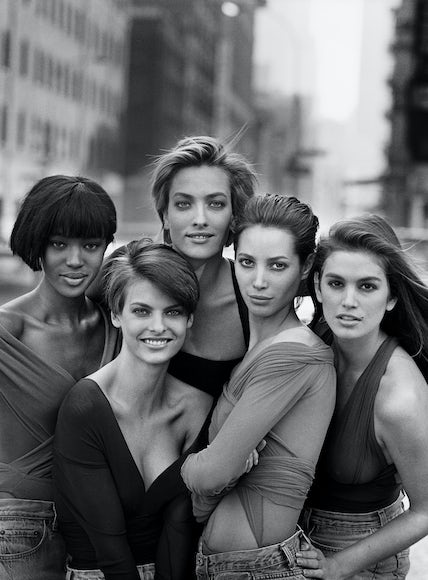 The most cinematic of them all was Peter Lindbergh, who died on Tuesday at the age of 74. Born in Poland but raised in industrial Duisburg, his vision was thoroughly marinated in the shadowy monochrome of German expressionist cinema and the dark glitter of film noir. In models like Linda Evangelista, Tatjana Patitz, Kristen McMenamy and Amber Valletta, he found the faces to give perfect form to that vision. The notion of timelessness is a tad perverse in an industry as febrile as fashion, but check the melancholic power with which Lindbergh infused his invariably black and white images of these exceptionally beautiful women and you can feel a psychological depth that elongates the immediacy of the photographer/model/fashion shoot dynamic. They are truly portraits, windows into souls, made monumental by monochrome. “What’s so striking about black and white is how it really helps a sense of reality to come through,” Lindbergh once said. Paradoxically, it also helped add a hyper-aesthetic quality to his imagery which was recognised in the prices his pictures realized whenever they showed up at auction. He managed to dodge the curse of “commercialism” which occasionally dogs the print sales of his equally famous peers.

Alongside his stark, still photos of faces, Lindbergh also directed memorably off-kilter scenarios: Helena Christensen in the Mojave with a little Martian, fallen angel Amber Valletta walking mean streets in massive wings. In a previous incarnation, I accompanied Lindbergh and Evangelista on a shoot for French Elle in the Camargue, in the South of France. Huge wind machines, clouds of dust, Linda as Last Woman on Earth… it was a fabulous drama, achieved with a remarkable economy of means (and only curtailed by the arrival of one of the Camargue’s notoriously temperamental wild bulls). I think it’s this economy which accounted for the emotional impact, the intense intimacy of Lindbergh’s work. What I saw that day was a director furiously pushing his star to the outer limits of performance. Lindbergh famously worked fast.

I had my own experience of his method ten years later when he took a portrait of me for the CFDA Awards programme. In my Peter-Lindbergh-is-taking-my-photo daze, I’d barely folded my arms and composed myself against the backdrop and he was done. Was that sixty seconds? Or ninety? And what could I say about the result? A window into my soul? No, unless my looking wary (and cheekbone-y) revealed some deep psychological truth. The experience confirmed for me that Peter Lindbergh made extraordinary, enduring images of women. It was their mystery that absorbed him, and his career-long effort to solve it for himself left us with one of fashion’s greatest image banks.