It was the first Fashion Awards for new BFC chair Stephanie Phair, who succeeded Dame Natalie Massenet in May, and the third since the awards show was repositioned as a global event, which Massenet had christened "a mix of the Academy Awards and the Met Ball."

The proceedings — again hosted by British comedian Jack Whitehall, joined this time by model Alek Wek — began with a tribute to Kim Jones, who earlier in the day was named the winner of the Trailblazer award. As he received the prize from actor Robert Pattinson, the artistic director of Dior Men thanked his right hand, design director Lucy Beeden, as well as LVMH chairman Bernard Arnault and Christian Dior chief executive Pietro Beccari. 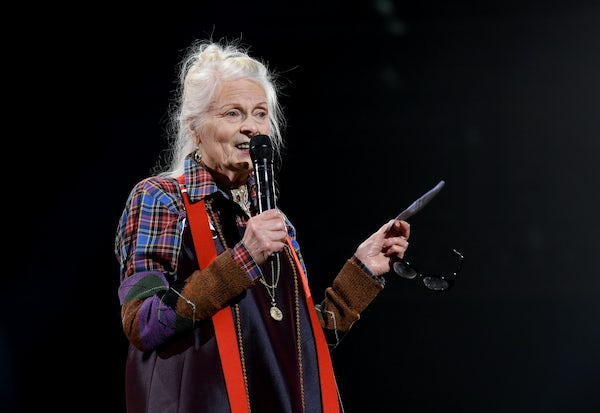 There were several poignant pleas for action on environmental and social issues, the first by Dame Vivienne Westwood, who was awarded the Swarovski Award for Positive Change by Jerry Hall. Accepting the prize, Westwood called out politicians for “inhumane” behaviour, adding: “I have a plan to save the world from climate change and the financial crash, but I can’t do it on my own… I can save you but you’ve got to follow me.”

Meanwhile, Loverboy’s Charles Jeffrey, who won the British Emerging Talent Award for Menswear last year, asked the industry to support emerging businesses through donations to the BFC’s Education Foundation. “On stage last year I rallied that education should be free to all. Tonight gives us a chance to reflect on the work the BFC does to [support] young talent,” said the designer, ending with a quote from his late Central Saint Martins tutor Louise Wilson: “You can’t subvert knowledge until you have knowledge. It’s vital to safeguard the industry with talent that matters.”

Last year, the Fashion Awards raised over £2.2 million, which has supported the BFC's Education Foundation for its charities, scholarships and other initiatives. In the 12 months to March 2018, the organisation allocated £1.1 million in grants to support designer businesses. “If we don’t continue investing in talent, then what future does the industry have?” said Sarah Mower, the BFC’s ambassador for emerging talent.

Dreams can take you to places you never expected to be.

“It’s a beautiful job, but it’s a hard job. We need to work a lot and share a lot of things with everybody… this award tonight doesn’t belong to me, but the company, the people who work with me every day (and night sometimes!) I feel lucky because I have the most amazing boss who is a fan,” said Michele. 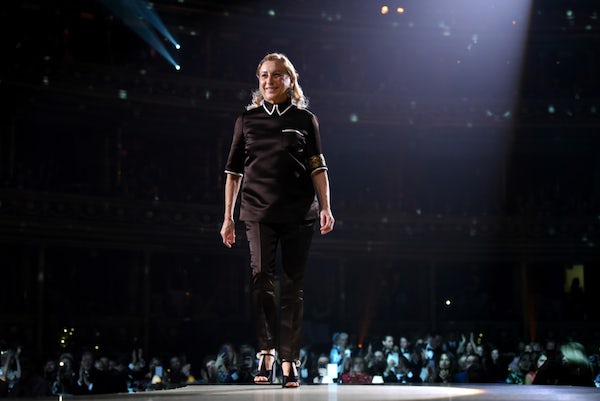 Meghan Markle, now the Duchess of Sussex, who was wed earlier this year to Prince Harry in a Givenchy gown, made a surprise appearance to present Givenchy designer Clare Waight Keller with the British Designer of the Year for Womenswear award. “It's about supporting and empowering each other as women. The culture of fashion has shifted where it was once cool to be cruel, and now it’s cool to be kind,” said Markle. Meanwhile, the award for British Designer of the Year for Menswear went to Craig Green for the third year in a row.

A teary-eyed Richard Quinn received the award for British Emerging Talent for Womenswear, presented by Karen Elson and Matthew Healy. It’s been quite the year for the designer, whose fledgling label was given a big boost thanks to support from Queen Elizabeth II, who sat front row at his Autumn/Winter 2018 show. And when Virgil Abloh and Winnie Harlow took to the stage to present the award for British Emerging Talent for Menswear, it was clear that Samuel Ross of A-Cold-Wall, a protégé of Abloh, would scoop the prize.

Earlier in the night, Off-White founder Abloh beat Alyx, Marine Serre, Palace and Supreme for the Urban Luxe Award, presented by Dina Asher-Smith and Katarina Johnson-Thompson, while Balenciaga’s Demna Gvasalia was named Accessories Designer of the Year, although the designer was not present to receive the award from Edie Campbell and Riz Ahmed. 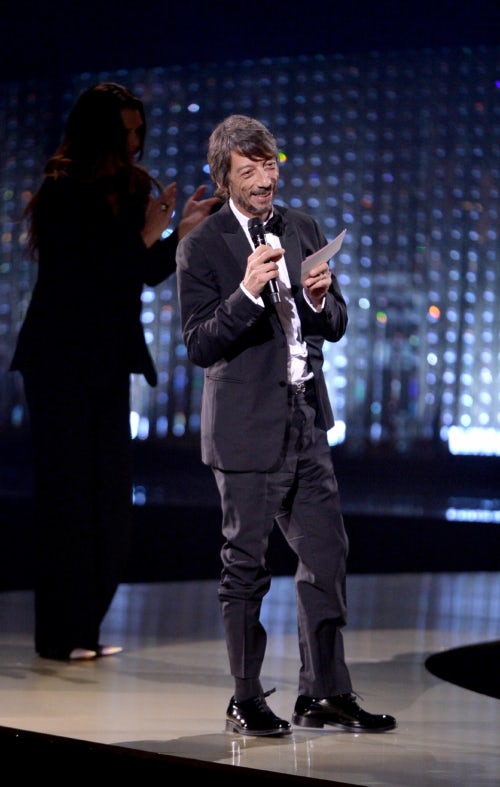 Alexa Chung also took to the stage to celebrate the BFC’s New Wave: Creatives, a new initiative that spotlights 100 of the most innovative and inspiring young creative talent from around the world. Later, singer Ellie Goulding treated the audience with a rendition of Aretha Franklin’s 1968 release “(You Make Me Feel Like) A Natural Woman.” Last year’s guest performer Rita Ora also made a return to present the award for Model of the Year to Kaia Gerber, who beat out Adut Akech, Adwoa Aboah, Bella Hadid and Winnie Harlow for the prize.

Miuccia Prada, who was honoured with the Outstanding Achievement award, presented by Golden Globe-winning actress Uma Thurman and Oscar-winning director Steve McQueen, commanded a standing ovation. “Just a little note for all of us who work in fashion, we should feel more responsibility to defend human rights and freedom, which is now in danger. Thank you for the testimony of love from all of you, which I send back,” said the designer.

And finally, Valentino's Pierpaolo Piccioli took the Designer of the Year award, which was presented by Brooke Shields. “If I am reading this speech tonight, it means that dreams can take you to places you never expected to be,” said the creative director, dedicating his win to his wife Simona, their three children Benedetta, Pietro and Stella, and “to all the dreaming eyes, to all the outsiders, and to all of those who are far from everything and do not fit into any boxes, but still love and need to dream."

The designer then quoted his late friend and editor of Vogue Italia Franca Sozzani: “Every day, life starts all over again, always.”

Other honorees included Mert Alas and Marcus Piggott, who received the Isabella Blow Award for Fashion Creator from Kate Moss and Penélope Cruz. Meanwhile, Doutzen Kroes presented the Special Recognition Award for Innovation to Cyrill Gutsch, the founder of Parley for the Oceans.

Swarovski Award for Positive Change: Parley for the Oceans

Designer of the Year: Pierpaolo Piccioli for Valentino

Brand of the Year: Gucci

Accessories Designer of the Year: Demna Gvasalia for Balenciaga

Model of the Year: Kaia Gerber