Pierre Bergé's Impact on the Fashion Business: The Industry Reflects

"With Pierre gone, the 20th century's world of fashion has ended."

Bergé, who was 86, died at his home in St-Rémy-de-Provence, France, following a long illness. He was most famously the life and business partner of Yves Saint Laurent — the couple married in a civil ceremony in 2008, the final year of Saint Laurent’s life. Bergé was also the founding president of the Fondation Pierre Bergé - Yves Saint Laurent, a French national institution which works to conserve Saint Laurent’s body of work and support cultural and educational activities.

Bergé's passing came just weeks before the opening of two new museums, one in Paris, the other in Marrakech, both dedicated to the life and work of Saint Laurent. At a press conference for the museums in June, Bergé said: “I have always said that memories should be transformed into projects."

With projects on such scale, Bergé has turned his memories into something that can be enjoyed by all. Indeed, his influence in the worlds of art, fashion and culture cannot be underestimated.

“Mr Pierre Bergé was always ahead of his time. He believed in the power of creativity. He believed that art, fashion and culture could change lives and the way we live. Mr Yves Saint Laurent and Mr Bergé founded the eponymous Maison with creativity at the heart of the house. Creativity is fundamental and believing in it is the key to success. Mr Pierre Bergé was an inspiration for me. He trusted his instincts. He fought for what he believed in. He stayed true to himself being the founder and supporter of incredible cultural and educational activities. This extraordinary heritage is the DNA of the Maison and we are honoured and thankful to have the chance to bring his values and his spirit into the future. My thoughts are with his closest friends and family." 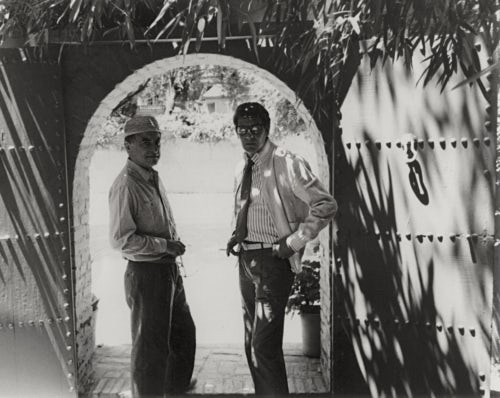 “It is with a deep emotion that I have learned of Pierre Bergé’s passing. He welcomed me with kindness since my first day at Saint Laurent. His advice and his support have always guided me. I am infinitely sad that he will not be able to attend the opening of the two museums in Paris and Marrakech that he cared about so much. A great figure in French culture has left us."

"Today I was very saddened to learn of the death of Monsieur Pierre Bergé, a visionary entrepreneur, a man of the arts, of culture and of strong beliefs. He was an inspiration for all leaders in the fashion world, especially concerning relationships with designers. The duo that he formed with Yves Saint Laurent was exemplary. I had the opportunity to work alongside him as an administrator of the Institut Français de la Mode, which he founded, and I very much appreciated his energy, and the courage in his opinions and visions."

"With Pierre gone, the 20th century's world of fashion has ended. Pierre was a huge force and voice, and I am happy that he was able to put his last efforts into doing the Yves Saint Laurent museum that will open in a few weeks in Marrakech."

"He was a very interesting man, and profound, and behind the brilliant businessman that he was, and the powerful person that he was, he had great sensitivity and generosity. He did everything to make Yves Saint Laurent who he was, because [Yves] was an amazingly talented genius. But Pierre was his guardian angel, I mean he lived his whole life for Yves and his world, and for the love that he had for him, and to have somebody like Pierre Berge in your life to encourage, also to know what to do with the talent, you know, there are talented people in the world, but they don’t all have the opportunity to shine in the world, and somebody like Pierre, with his force and his determination and his vision and his strength, was very, very unique, and was very important for Yves Saint Laurent, and I think he has an incredible legacy of wonderful fashion, and also art. Pierre gave him that momentum, that energy, that direction, the path so he could just have the freedom to be who he needed to be, and create what he needed to create. Amongst all the things that he’s created, [the museum is] going to be very special, and is going to be all of the memories, and all of the collections, and all of the amazing work of Saint Laurent over the years. He was a very special person, and they don’t really make them like that anymore. You can’t replace someone like Pierre."

"It is with great emotion that I learn of the death of Pierre Bergé, a person integral to the history of the House of Yves Saint Laurent. I will always remember him as a man instilled with a fertile tension between avant-gardism and the will to work relentlessly to inscribe creation in history. From the outset, he wished to preserve all the archives of Yves Saint Laurent’s work; an inestimable patrimony that will soon be made available for the public the world over to see in exceptional museums. This man who has just left us was a great cultural figure, and a man with convictions he fought tirelessly to uphold. Pierre Bergé was at the same time a visionary precursor, a great patron, a creative and passionate businessman and a defender of noble and universal causes. He was a tireless patron of young creation, notably through the Andam Association (Association Nationale des Arts de la Mode) he had created — he was also a generous patron of heritage. A man I deeply respect."

"I am deeply saddened by Pierre Bergé’s passing away. His vast cultural knowledge and refined taste made him a great pioneer. He made a considerable contribution to France’s spotlight in the world, both by the Maison that he founded and directed, as well as the cultural institutions that he presided." 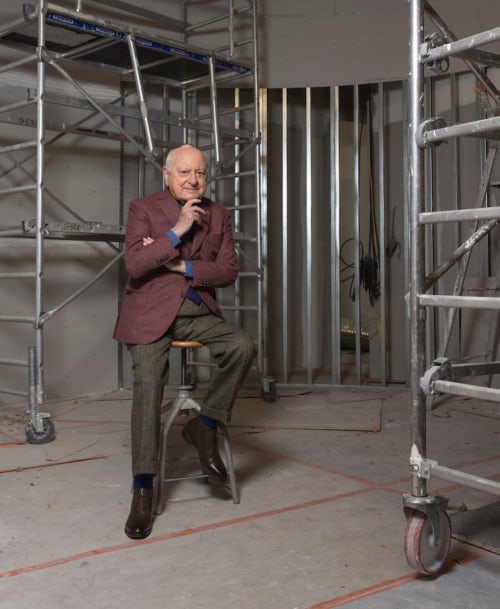 "The impact of Pierre Bergé has been huge, first of course when he launched with Yves Saint Laurent the brand which has been so important for fashion and beyond. His institutional role has been also very strong since the early Seventies, when he gathered 'couturiers and créateurs de mode', which lead to the creation of the Chambre Syndicale des Couturiers et des Créateurs de Mode in 1973. Some months ago he told me about the first Fashion Week gathering of haute couture brands and 'créateurs brands', five of each! We know what has happened since… He also created the Institut Français de la Mode (IFM) in 1986 because he always strongly believed in the future, in youth, in education. He has remained its president since. He was fully aware of the transformation of society and the role of fashion and he played such a big role himself in favouring moves for the sake of humanistic values, respect of diversity and self-accomplishment of people. He hated stereotypes, artifices, conservatism. He always stayed young and ahead of what was going on."

"Fashion was at the heart of his identity, in the sense that for him, as a societal matter, it had to be substantially linked to culture — so he said that a crucial factor for a young designer was to know and be open to culture, literature, music, painting, cinema, etc. He gave the example of Fellini to be known and understood among so many others. He also fully embodied this fundamental feature of fashion: success requires a form of dualism, this is not only the association of a designer and a manager but being in search of a constant balance between order and motion, warm and cold energy, disruption and continuity. For all these reasons, he is and will remain a huge reference for anybody believing in the essential role of creativity of the human being, also in management, of innovation, of vitality, of diversity, of indignation when these values are tarnished or forgotten. This is why his impact in the business of fashion has been and will remain so strong."

"I loved his questions, his remarks, his sense of beauty, his pristine capacity to be always moved by art, his true enthusiasm, again and again. In French, there is one word almost created for people like Pierre: “Humanisme" — it comes from the Renaissance, an epoch that he cherished. Many people do not always realize the role played by Pierre Bergé in many cultural and artistic institutions: of course he was a member of many boards like the Musée des Arts Décoratifs, but also The Musée du Louvre, the Festival d’Automne in Paris, always devoted to their development. Now this enthusiasm must be preserved and shared – and the best homage to this enthusiasm will be the forthcoming success of the opening of the two museums in Paris and Marrakech which he built as his two last love letters to Yves Saint Laurent."

"I had nothing but respect and admiration for Pierre Bergé's prescient vision of how to build and sustain a house, and to nurture and protect its brilliant but fragile creator in the process. But Bergé's achievements bounded well beyond the worlds of fashion and style, powerful as he was in that domain. The range and intensity of his commitments to his chosen political, social, and philanthropic causes set the bar for engagement. His support ranged from many aspects of the wide cultural world, to emerging designers, and to medical research, particularly in the vital area of HIV AIDS research which he championed from the first terrible days of the pandemic – with his indomitable voice, his lobbying skills, and his money. In so many of these areas, he led the charge, proving an inspiring and profoundly influential force that stands as his powerful and important legacy."

Tim Blanks, editor-at-large of The Business of Fashion

"[Bergé] set the template for that partnership between creativity and a business brain that has really been a roadmap for a lot of brands that have come along since then. He was really notable for bringing ready-to-wear into the forefront and realizing that it was, if not the future of fashion, then the financial future of fashion. He was also really smart and savvy about keeping an archive. A lot of the designers in that period didn’t keep an archive and when you look back at the kinds of things that he saved — there are sketches from some of the earliest collections. You get a real sense for the importance of fashion history."

"Pierre Bergé was a man of singular brilliance, who combined intellect, artistic discernment, and political engagement with the will and wiles of a businessman."