This week, Asos names former ITV boss as next chairman, while the departure of Nyden's leader Oscar Olsson raises questions about the brand. 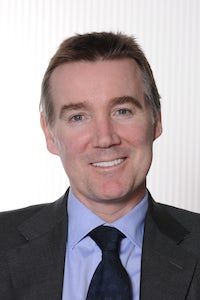 This week, Asos names former ITV boss as next chairman, while the departure of Nyden's leader Oscar Olsson raises questions about the brand.

ASOS names chairman
Adam Crozier, the former boss of broadcaster ITV, will succeed Brian McBride as chairman of ASOS. Crozier will begin his role after the annual shareholders' meeting on November 29. He was ITV's chief executive until June 2017, and previously held positions at the Royal Mail and the Football Association.

Nyden managing director departs
Oscar Olsson, managing director of Nyden, H&M's millennial focused start-up, is leaving the organisation to pursue other projects. The existing leadership team will assume his duties until a replacement is found. Olsson's central role in the brand's creation raises questions about the Nyden's strategy and future.

Editor's Note: This article was revised on 5 July 2018. Due to incorrect information supplied by a representative of Nyden, a previous version of this article misstated that Oscar Olson is departing on paternity leave. This is incorrect. He is leaving the company to pursue other projects, and will not return.