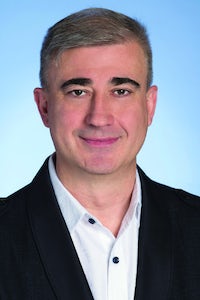 Depop has sought a chief technology officer in Remo Gettini. He joined the company on August 27 from American education tech start-up Age of Learning, where he was senior vice president of engineering, and replaces Massimo de Marco.

Alaïa has named Myriam Serrano chief executive of the brand, effective earlier this week. Serrano joins the brand from Richemont stablemate Chloé, where she was director of communications and accessories, and replaces Alison Sachs, who has taken on new other responsibilities within the luxury group. Both Sachs and Serrano report to Richemont’s  current head of fashion, Eric Vallat.

Jack Ma steps down from Alibaba

After 20 years at the helm of the e-commerce business he co-founded, Jack Ma has stepped down as chairman of Alibaba Group, entering retirement on September 10. He has handed over responsibility to Alibaba CEO Daniel Zhang.

Fashion consultant Julie Gilhart has taken on two new roles since merging her namesake firm with Tomorrow Consulting, becoming chief development officer of the Tomorrow Group and president of Tomorrow Consulting. She has sat on Tomorrow’s board since February 2016.