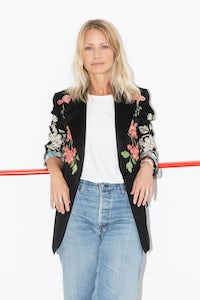 Neiman Marcus president to step down
James Gold, Neiman Marcus group president and chief merchandising officer, is resigning effective March 15, after almost 30 years at the company. The retail group has not yet announced a replacement.

Paul Marciano returns to Guess after sexual harassment allegations
Guess has announced that co-founder Paul Marciano is returning to the company as chief creative officer after stepping down as chairman in 2018 amid allegations of sexual harassment. The company further stated that Lucky Brand chair and chief executive Carlos Alberini has returned to Guess, where he was chief operating officer from 2000 to 2010, this time as chief executive. Alberini, who assumes his role February 2, replaces Victor Herrero.

Hearst has also announced the appointment of Katie Jayne Becker as Elle's beauty and health director, as well as April Long for beauty director at Town & Country. Long replaces Jamie Rosen, who will become a freelance contributing editor and columnist.

Condé Nast appoints creative and strategic leads for CNX
Condé Nast has named two senior leadership appointees at its creative agency vertical CNX; Xavier Teo as executive creative director and Brendon Volpe as head of strategy. Teo joins CNX from advertising agency Anomaly, where he oversaw all creative work, while Volpe was previously in charge of digital strategy for Lexus at Team One agency.

Debenhams announces interim chairman
Following the abrupt departure of its chairman of the board earlier this month, British department store Debenhams has named Terry Duddy interim replacement. Duddy joins the board after stepping down with immediate effect from his position as non-executive director and senior independent director for Hammerson, which owns commercial real estate including the Birmingham Bullring and Grand Central shopping centres.

Jaeger-LeCoultre hires French director
Richemont-owned Jaeger-LeCoultre has appointed Sophie Garric to oversee French operations at the company. Garric joins the company from Lancel, which Richemont sold last year, where she was in charge of production and marketing.

Li & Fung names group president
Li & Fung has appointed Joseph Phi as group president. Phi, who will continue to serve as president of LF logistics and sit on the board of directors, replaces Marc Compagnon, who has moved to the Fung Group as senior advisor while remaining on the board as a non-executive director. He will report to group chief executive Spencer Fung.