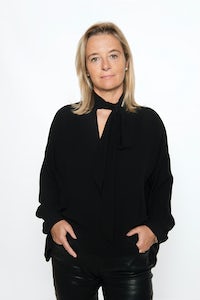 Guy Laroche’s new artistic director
Parisian house Guy Laroche has appointed Richard René its artistic director, with his first collection for the brand debuting at Paris Fashion Week this month. René — who has worked for the likes of Hermès and Jean Paul Gaultier — succeeds Adam Andrascik, who is leaving after just five seasons with the luxury label.

Graydon Carter step down as Vanity Fair editor
Condé Nast announced long-time Vanity Fair editor Graydon Carter would step down from the helm after 25 years. He will stay on long enough to oversee the planning of the 2018 edition of Vanity Fair’s Hollywood Issue, the magazine’s annual triple-gatefold-cover extravaganza that he established in 1995. Carter, 68, said that he was eager for a “third act”, but has not yet confirmed his next move.

J.Crew chief design officer exits
Jenna Lyons’ replacement at J.Crew is departing from the company. Somsack Sikhounmuong, who most recently oversaw all product design for the J.Crew, has been a designer at brand since 2001, with a brief stint at sister label Madewell from 2012 to 2015. The company said, “His current responsibilities … will be transitioned to other members of our very seasoned and talented design team currently in place.”

Alexander Fury named editor at AnOther
Alexander Fury has has been appointed editor of AnOther magazine, working across the bi-annual print issue and digital platforms. The fashion journalist and author is currently chief fashion correspondent at T: The New York Times Style Magazine, and will continue to contribute to the publication alongside his AnOther responsibilities.

BCBG Group names SVP
Marquee Brands has hired Diane Bekhor to oversee the group’s newest acquisition, BCBG Group, as senior vice president. She joins the company from Jimmy Choo, where she served as vice president of general merchandise manager. Prior to that, she was head couture buyer at Bergdorf Goodman Evening and Bridal.