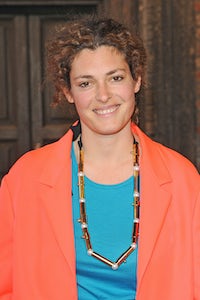 Kering adds new member to board of directors
Kering has nominated Ginevra Elkann to join its board of directors. Elkann is the president of two film production and distribution companies and sits on the advisory board at Christie’s. Her nomination will be submitted to shareholders at their next annual general meeting on April 24 2019.

The Cut names deputy editor
The Cut has appointed Ruth Spencer as its deputy editor, effective immediately. Spencer was previously a senior editor at the magazine and will now report to president and editor-in-chief Sarah Bugbee.

Intersport names CEO
Intersport has appointed Steve Evers, current vice-chairman of the IIC Board, as its new chief executive, starting in early 2019. He will be replacing Victor Duran, who has stepped down with immediate effect.

True Religion appoints interim CEO
True Religion has appointed Chelsea Grayson to temporarily fill the role of chief executive. Grayson, who chaired the company’s audit committee and was a member of the board of directors, will be replacing John Ermatinger, who is stepping down from the role.