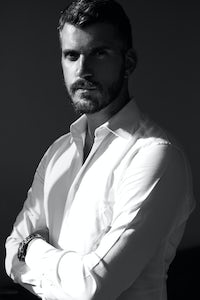 Man About Town announces editor
Nini Bonavoglia has been appointed editor of publication Man About Town. His first issue for the magazine will be Autumn/Winter 2018. Bonavoglia is the founder of creative agency Repetorio, and has previously curated La Triennale di Milano.

The Outnet names managing director
Emma Mortimer has been appointed as managing director of The Outnet. Mortimer returns to the company having working at the Net-a-Porter group from 2009 to 2015. She later became a consultant for MatchesFashion, and led the launch of e-commerce site The Modist.

Givenchy makes US executive hires
Cécile Andrau-Martel was named president of the Americas and Canada, succeeding Laura Dubin-Wander. She joins the company from Moncler. Julia Erdman joins Andrau-Martel’s team as director of communications and marketing for the region.

Baselworld managing director steps down
Sylvie Ritter, who had headed up the watch and jewellery fair, is stepping down after 15 years. Michel Loris-Melikoff was announced as her successor, effective July 1. He joined MCH Group three years ago.