This week, Chris Wallace has been named US editor of the men's e-commerce site, while company veteran Zion Armstrong was appointed president of North America at Adidas. 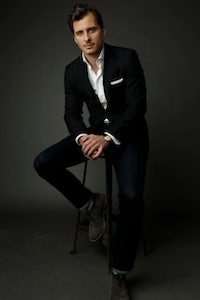 This week, Chris Wallace has been named US editor of the men's e-commerce site, while company veteran Zion Armstrong was appointed president of North America at Adidas.

Mr Porter names US editor
Mr Porter has hired Chris Wallace as editor of the men's US e-commerce site. Wallace previously served as executive editor for Interview Magazine from 2014 to 2017, and has also freelanced for 15 years. He succeeds Dan Rookwood, who has joined Nike as senior director of global editorial content strategy.

The Gentlewoman names fashion editor
The magazine has appointed Eliza Conlon as fashion editor. She will be working alongside the fashion director Jonathan Kaye. Conlon has previously worked as a stylist for a number of brands including Louis Vuitton, Joseph and Topshop.

Converse loses CMO to Supreme
Julien Cahn resigned from Converse earlier this year for a marketing role at the streetwear label Supreme, sources say. The move comes amid a wave of departures from Nike after an internal probe into misconduct, though Cahn's departure was not related.

Glamour makes beauty hires
The British publication has announced the appointment of Camilla Kay as beauty and lifestyle director. Kay was previously beauty director and associate editor of InStyle, and joined Glamour in November as deputy editor. Lottie Winter has also been hired as beauty editor. She joins from British Vogue, where she held the role of beauty and lifestyle associate.

Editor's Note: This article was revised on 2 May, 2018. A previous version of this article misstated that Federico Marchetti has been appointed YNAP chairman and chief executive by the board of directors. This is incorrect. Marchetti has been appointed as the company’s chairman by the board of directors, which he will add to his existing chief executive title.