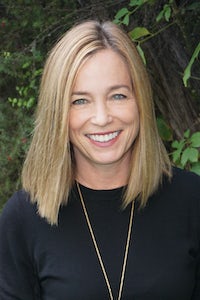 LONDON, United Kingdom — BoF compiles the most important professional moves of the week

Nordstrom has appointed Teri Bariquit to the newly created role of chief merchandising officer. Formerly executive vice president, merchandise planning and solutions at the retailer, she will report to Co-President Pete Nordstrom in her new role.

Yating Wu has been named chief executive of Fengmao, a joint venture between Richemont-owned Yoox Net-a-Porter and Alibaba, as of July 2019. Prior to Fengmao, she had a 15-year career at Unilever, most recently serving as vice president of digital and e-commerce for the North Asia region.

Beth Butterwick, chief executive of British high street brands Karen Millen and Coast, has left her position following a number of redundancies in the wake of the company’s takeover by Boohoo earlier this month.

Retailer Jenny Ming has joined Poshmark’s board of directors as its seventh member. Formerly the chief executive of Charlotte Russe, Ming was also founding brand president of Old Navy and sits on the board of Levi’s.

Ted Baker Finance Director Charles Anderson has left the company after 17 years to join Mulberry as group finance director, effective October 2019. Anderson succeeds Neil Ritchie, who stepped down in June, and will also sit on the company’s board of directors.

McQ designers Aleksandar Stanic and Fiona Sinha to step down

Designers Aleksandar Stanic and Fiona Sinha have announced that they are parting ways with McQ after five years working with the brand. The duo have cited the pursuit of other projects as their reason for their exit, and have told BoF that they are in talks with a new undisclosed client.

MatchesFashion.com Chief Executive Ulric Jerome has left the company. Jerome initially joined MatchesFashion in 2013 as chief operating officer, going on to become chief executive in 2015. With a replacement not yet named, Chief Financial Officer Fiona Greiner and Chief Operating Officer Tom Athron will assume Jerome’s responsibilities in an interim capacity.