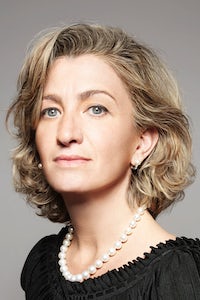 Joseph creative director departs
After nine years, Louise Trotter is leaving her post as creative director of Joseph. Pre-Fall 2019 will be her last collection for the brand. Prior to joining Joseph, Trotter held roles at UK high-street label Jigsaw, H Hilfiger and Gap. A successor has not yet been named.