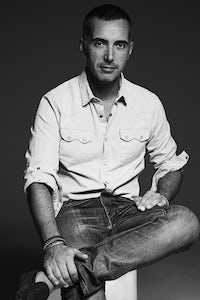 Andrea Incontri is stepping down as menswear designer at Tod’s on June 29. He joined the company in 2013 and was appointed as menswear creative director in 2014. Incontri has not disclosed further plans and his successor has not yet been named.

Graham Rounthwaite who joined i-D in 2010, taking creative lead in 2013, will be departing from his role. He was oversaw both print and online editions and will pass on responsibility to global editor-in-chief of i-D, Alistair McKimm.

Sophie Hanrot will succeed Sébastien Froidefond in leading Coty Inc.’s human resources division and will serve on the company’s executive committee. Hanrot joined the company in 2016 from Louis Vuitton, where she served as global head of talent. She will report to Coty’s CEO Pierre Laubies, stepping into her role on July 1, 2019.

Marchesa’s Keren Craig has left the company she co-founded with Georgina Chapman, citing the need to explore new opportunities and push her potential as a designer. A replacement has not yet been announced.