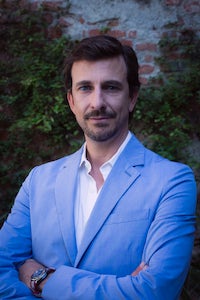 Tory Burch names EMEA president
Tory Burch has named Stefano Sutter president of Europe and the Middle East, a newly created position. Sutter joins the company this month from Prada Group, where he was regional director of Northern Europe. He reports directly to chief executive Pierre-Yves Roussel in his new role.

Outdoor Voices taps President and COO
Outdoor Voices has named Pamela Catlett its new president and chief operating officer, positions that haven’t been filled at the company since 2017 and 2016, respectively. Catlett, who began in her new role on February 4, previously held the position of senior vice president of women’s and youth categories at Under Armour.

Apple retail chief exits company
Angela Ahrendts, chief of Apple’s retail operations, is stepping down from her role effective April 2019. Ahrendts, who joined the company in 2014 after leaving her position as chief executive of Burberry, will be replaced by Deirdre O'Brien, who has been internally appointed to the role of senior vice president of retail and people.

Feelunique CEO to step down
Joel Palix, chief executive of beauty e-tailer site Feelunique, is due to step down from his position in June this year. Palix’s responsibilities will be transferred to chief operating officer Jim Buckle and chief marketing officer Jen Roebuck in a handover that will be overseen by chairman Robert Bensoussan.

E.L.F. names CMO
E.L.F. Beauty has appointed Kory Marchisotto for the role of chief marketing officer. Marchisotto joins the company from beauty group Shiseido, where she was senior vice president of US marketing for BareMinerals, and will report to chairman and chief executive of E.L.F. Beauty Tarang Amin.