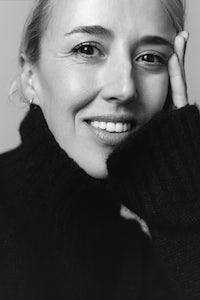 J.Crew has tapped Chris Benz as head of womenswear
Chris Benz has been appointed to lead design for womenswear and childrenswear at J.Crew. He joins the retailer from Bill Blass, where he was creative director, and will report to the the office of the CEO’s interim leadership team while the company continues its search for a chief executive.

Bandier has named CEO
Activewear retailer Bandier has tapped Adrienne Lazarus for the role of chief executive, as part of expansion plans secured by a recent round of funding. Lazarus was previously chief executive of lifestyle brand The Frye Company.

Hudson's Bay president to step down
HBC has announced that Alison Coville will step down as president of Hudson’s Bay and Home Outfitters, effective March 1, 2019. The company stated that there will be an executive search firm recruiting Coville’s replacement.

Superdry chairman to exit
Peter Bamford, who has been chairman of Superdry for almost 9 years, is reportedly planning to step down from the position by the end of this year.