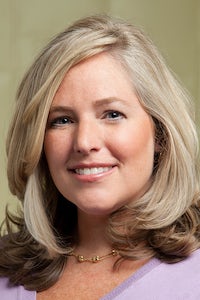 Barbara Messing is leaving Walmart after serving a year at the company as senior vice president and chief marketing officer. According to an internal memo, Messing plans to step down by the end of the month and return to the San Francisco Bay Area to be with her family. Some of her duties will be temporarily passed on to Michael Francis, former chief marketing officer of Target and consultant to Walmart since 2015, who will be joining the retailer on a full-time basis.

Following its acquisition by Sports Direct earlier this month, Jack Wills Chief Executive Suzanne Harlow has left the company, after less than a year in the role, with immediate effect. According to a Jack Wills source familiar with the matter, Harlow neither quit nor resigned.

Paul Allen has left Monsoon Accessorize after six years at the company and four years serving as chief executive. The retailer has announced that Allen will not be replaced; instead Founder and Chairman Peter Simon and Chief Operating Officer Nick Stowe will jointly assume leadership of the company.

Patricia R. Miller, who co-founded accessories brand Vera Bradley with Barbara Bradley Baekgaard in 1982, is retiring from the company’s board effective August 30, 2019. Miller was initially co-president of the company until she was appointed national spokesperson in 2010, retiring in October 2012 but remaining on the board of directors.

RYU Apparel adds to board of directors

RYU Apparel has appointed corporate finance and consumer brand veteran Camilo Lyon to its board of directors with immediate effect. Lyon replaces Maria Leone, who served as an independent director since 2014.

Following Condé Nast’s recent announcement of its new leadership structure, Chief Financial Officer David Geithner and Chief Human Resources Officer JoAnn Murray will be stepping down by the end of 2019 after five and seven years at the company, respectively.